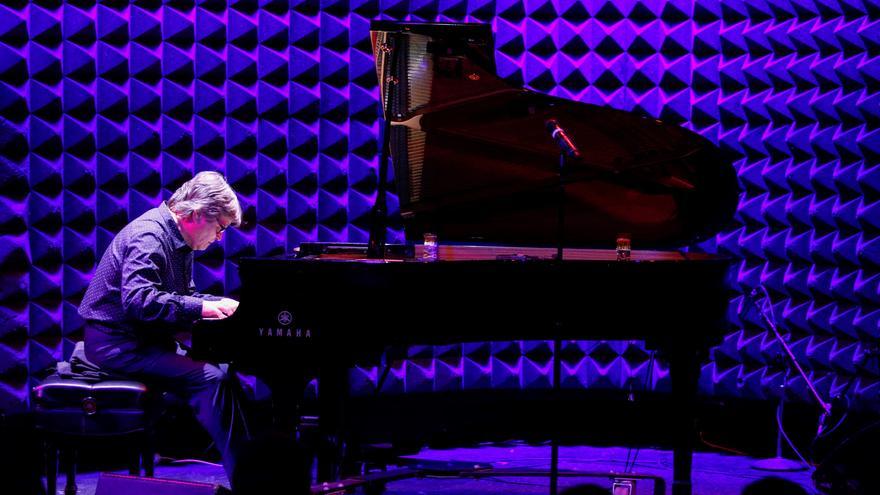 San Sebastián, May 21 (EFE) .- Chano Domínguez Trío and seven other groups, “powerful” and “promising”, will participate in the JazzEñe cycle, which in its seventh edition will be held within the framework of the San Sebastián Jazz Festival. which will take place from July 21 to 25.

Ariel Bríngez Quintet, Caminero Quintet, Daniel García Trío, Smack Dab, Sumrrá, Alba Careta Group and Manolo y Curra are the rest of the groups chosen for this initiative whose objective is the internationalization of Spanish jazz.

JazzEñe, which stops in San Sebastián after the editions held in Madrid, Zaragoza, Valencia and Malaga, has counted on this occasion with the collaboration of the San Sebastián City Council, Donostia Kultura and Jazzaldia to choose the participants together with the SGAE Foundation.

Under the JazzEñe label, from July 22 to 25, eight 45-minute concerts will be offered at the Victoria Eugenia Theater in four double morning sessions, which will begin at 12:30 pm.

The inauguration will be given by Ariel Brínguez Quintet, who will present “Nostalgia Cubana”, a trip to the sound environment of 1950s Cuba to pay tribute to the forms cultivated by great artists such as Bola de Nieve, José Antonio Méndez, Eliseo Grenet , Cachaíto López and Juanito Márquez, among others, Jazzaldia explained in a statement.

An hour later, the Caminero Quintet will perform, a group led by Pablo Martín Caminero that fuses jazz and flamenco and will release “Bost”, his latest work, in which he revisits styles such as granaína, seguiriya, bulería or soleá from his particular vision.

On Friday 23rd Daniel García Trío, one of the “most powerful and original” groups in European jazz, will perform his latest and energetic “Travesuras” live, which has taken him to some of the most important stages of the old continent.

The day will be closed by the Chano Domínguez Trío, completed by the Argentine double bass player Horacio Fumero and the drummer David Xirgú, who will perform songs from “Chumbulum”, a disc in which he recovers previously unrecorded compositions and original pieces created during confinement.

The Smack Dab quintet, one of the “most consolidated” projects on the Catalan jazz scene, will open the day on the 24th and will review the trajectories of its members, who move between the tradition of jazz and Afro-American music “from freedom and collective improvisation “.

The day will be closed by the proposal of the Galician trio Sumrrá who, after 21 years of career, presents their seventh studio album: “Sumrrá 7 Visions”, in which the pianist Manuel Gutiérrez, the double bass player Xacobe Martínez Antelo and the drummer LAR Legido reflect, “with seven sweeping and lucid visions, about the present moment, where we come from, where we are going”, highlights Jazzaldia.

The JazzEñe2021 will be fired on July 25 by Alba Careta Group and the duo Manolo y Curra, made up of the pianist Javier Galiana and the singer from Chiclana María “La Mónica”.

Alba Careta Group, one of the “most promising” bands on the Catalan jazz scene, returns with “Alades”, their second album, in which the trumpeter exhibits the experiences of her last years studying in Amsterdam.

Manolo and Curra will put an end to this seventh edition with a project that is conceived “almost like a play”, in “an improvisation planned down to the smallest detail”.

These eight groups have been chosen among 252 applications by a committee made up of José Miguel Carmona, institutional director of music at the SGAE Foundation; Javier Estrella, director of JazzEñe; Miguel Martín, director of Jazzaldia; José Francisco Tapiz, director of Tomajazz; and Lara Vizuete, author and jazz singer participating in the 2018 edition.

Together with the attending public, JazzEñe2021 will be attended by representatives of various European jazz festivals and promoters, with whom the groups will be able to present and debate their proposals in order to reach international collaboration agreements that allow them to expand their work abroad. .