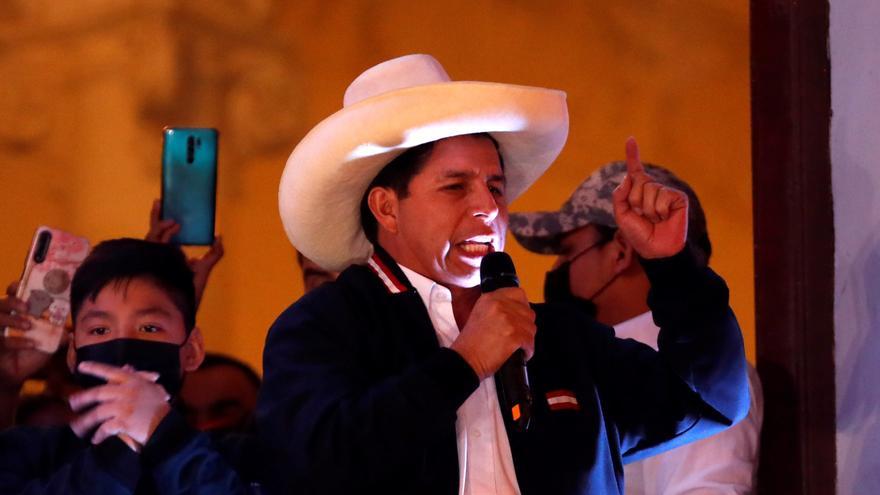 Lima, Jul 20 (EFE) .- A Peruvian television channel and its most famous journalists, some investigated by the Prosecutor's Office for "constant calls for acts of violence and dissemination of false information" during the elections, have accused the president-elect, Pedro Castillo, of trying to limit his freedom of expression.

In a statement, Willax, the Peruvian media that has given more space to the allegations of electoral "fraud" that the right-wing Keiko Fujimori, loser of the elections, maintains without reliable evidence, criticized the leftist Castillo for asking the current government for an administrative sanction against the canal.

The letter sent to the Ministry of Transport and Communications (MTC) by Castillo and his lawyer, Julián Palacín, is "a clear attempt to silence" the Willax journalists, according to the channel's lawyer, Luis Lamas Puccio, along with other complaints filed. by those close to the Marxist party Peru Libre.

For Lamas Puccio, this letter can be a preview of the attitude that Castillo can take towards this particular channel, who in eight days will assume the Presidency of Peru and the executive branch.

"We cannot allow them to shut us up. If they go against Willax today, tomorrow or later it will be against the other media," said presenter Milagros Leiva, while her colleague Phillips Butters shielded freedom of expression to justify the content of their programs.

For his part, the presenter Humberto 'Beto' Ortiz affirmed that his program complies with the "codes of good journalism" and added: "They will not be able to shut us up, we are not afraid of them."

In the letter sent by Castillo to the Ministry of Transport and Communications, the president-elect requests that an investigation be opened against Willax for the "violation of the code of ethics in the provision of broadcasting services" with "defamatory campaigns."

Among those violations that the president-elect accuses Willax is especially the right to truthful information and respect for honor.

Castillo asserted in his letter that "a communication medium that defames, lies and affects people's honor must receive the sanctions of the law," for which he urges the ministry responsible for granting the concessions to fine the channel and derive criminal complaints and civil against those responsible.

The document sent by the teacher and union leader of the teaching profession was rejected by the Institute of Press and Society (IPYS) considering that it contains "intimidating terms against the free expression of Willax."

This controversy occurs simultaneously with the preliminary investigation opened by the Prosecutor's Office against the former ultra-rightist presidential candidate Rafael López Aliaga and several Willax journalists for alleged sedition by inciting to ignore the results of the elections won by Castillo.

In her resolution, the prosecutor Juana Gladys, who is in charge of the investigation, maintains that Willax would have spread "news with conspiratorial connotations, inciting the electoral results to be unknown, trying to weaken electoral institutions and even making calls to give a coup".

For the magistrate, the defendants would use as a platform the party of López Aliaga (Popular Renovation) and the Willax channel as "mass media to convey hate messages and instigation to kill" members of the Peru Libre party.

He also cites several statements by 'Beto' Ortiz, who in his program would have made "constant calls for acts of violence and the dissemination of false information."

Regarding Butters, the prosecutor maintains that the presenter would be publicly inciting citizens to take over the Government Palace and remove interim President Francisco Sagasti to take control of the Government, an "action of conspiratorial idea shared and publicly propagated by López Aliaga and his supporters ".

All the electoral observation missions indicated that the presidential elections of Peru were transparent and their results legitimate, which is shared by organizations such as the Organization of American States (OAS) and the European Union (EU) and by governments such as those of the United States. and Canada.