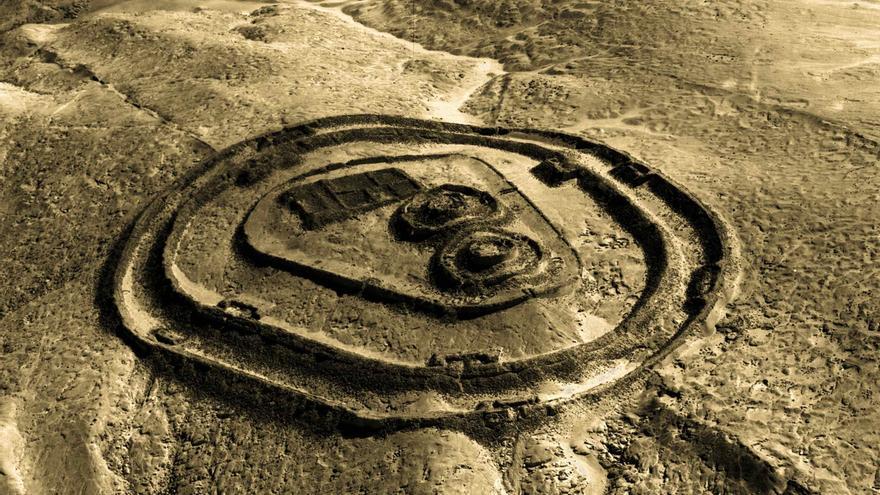 Lima, Jul 27 (EFE) .- Peru added its thirteenth site on the World Heritage List this Tuesday, after UNESCO decided to include the Chankillo archaeoastronomical complex, the oldest solar observatory and ceremonial center in America and the only one in the globe dedicated to the measurement of the complete solar calendar.

“(Chankillo) evidences the vigorous, absolutely creative and innovative management of the ancient Peruvians in the use of the forces of nature and their enormous link with solar tours,” José Hayakawa, president of the International Council of Monuments in Peru, told EFE. and Sites (Icomos), linked to Unesco.

For Hayakawa, Chankillo’s inscription on the World Heritage List now paves the way to allocate more resources to promote new research in this monumental complex, which continues to arouse both admiration and questions from experts.

“This enormous news has to be presented as an opportunity for the research and conservation processes to be completed and also to become a factor in the development of the territory of the country’s central coast,” said the president of Icomos Peru.

The Chankillo structures, more than 2,300 years old, are found in a succession of stony hills and small plains of the coastal desert of Peru, on the left bank of the Casma River, in the Ancash region, some 365 kilometers north of Lime.

Its stone buildings are spread over 4 square kilometers and its famous and enigmatic “thirteen towers”, aligned from north to south, are suspected of having served agrarian societies, dating from the period between 500 and 250 BC. our era, to pinpoint the solstices and equinoxes, as well as to mark the cyclical movement of the sun through the year.

Each of these massive buildings of edged stone and clay mortar, 2 to 6 meters high and located at the same distance from each other, has two staircases embedded in the north and south sides, which give access to upper terraces. .

The alignment of these towers generates a kind of horizon in the distance that allows observing the position of the sun on certain dates, with the added value that, unlike the rest of the ancient observatories, this gigantic solar calendar covers the entire annual solar cycle.

“It is like a kind of hill and the sun is occupying the spaces that mark the towers, which reveals once again this capacity for observation, but also the creativity and innovation of the man of ancient Peru to take advantage of the great forces of nature “Hayakawa said.

Almost a kilometer to the west of the thirteen towers, is the largest structure in the complex: a circular fortified temple that rises in the highest area of ​​Chankillo and whose original function has provoked diverse interpretations and debates.

On the one hand, the remains of wall paintings suggest uses related to religious ceremonies, while the narrow doors of the temple and its thick wall would indicate that it was more of a fortress.

On this, the president of Icomos Peru highlighted the link between the military and the religious in the pre-Columbian world.

On the way to achieving Unesco recognition, Chankillo had to pass the evaluation process that began with the application file that the Ministry of Culture sent to the World Heritage Center at the beginning of 2019.

Chankillo’s candidacy had been pending since 2020, when UNESCO was forced to cancel its annual appointment due to the sanitary conditions derived from the covid-19 pandemic.

“A great gift for our Bicentennial”, the Minister of Culture, Alejandro Neyra, celebrated on Twitter after the forty-fourth session of the Unesco World Heritage Committee approved the Peruvian candidacy, on the eve of July 28, the day in which that Peru will celebrate 200 years of its independence.

During his virtual intervention in the session, Neyra declared that the inscription of the complex on the list “contributes to strengthening” the Peruvian national identity and ratifies the country’s commitment “to the protection and sustainable management” of its cultural and natural heritage.

In 2008, the complex had already been declared a Cultural Heritage of Peru and in 2013 it was inscribed on the Tentative List of World Heritage of the 1972 UNESCO Convention as a cultural asset.