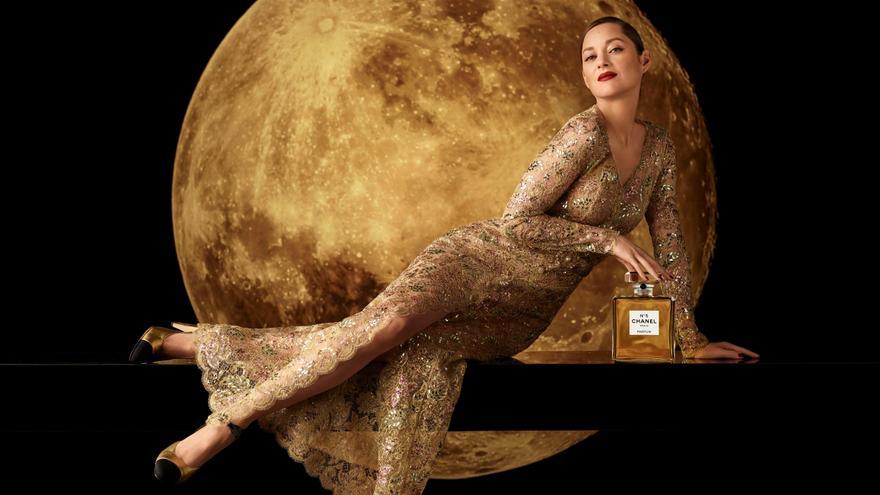 Madrid, Feb 15 (EFE) .- “There is no possible elegance without perfume,” said Gabrielle Chanel, creator of the iconic Chanel No. 5, which this year celebrates its centenary, a fragrance that Marilyn Monroe declared unconditional and of which today It is the image of the French actress Marion Cotillard.

When the protagonist of “Gentlemen Prefer Blondes”, answered a journalist’s question about what she used to sleep on, Marilyn Monroe with a mischievous gesture replied: “A few drops of Chanel No. 5”. From there, the perfume, created by Ernest Beaux in 1921, passed into the category of mythical for more reasons than its composition.

That, and that years later it became the first perfume to enter a museum – it is part of the permanent collection of the Museum of Contemporary Art in New York (MOMA) – says a lot about the genius of its creator.

Cristina de Catalina, development director of the Perfume Academy Foundation, defined Coco Chanel as “a visionary and audacious creator who revolutionized her time”, within the cycle of virtual conferences organized by the Perfume Academy on mythical characters in the history of the fragrance.

Gabrielle Chanel used to say “no elegance is possible without perfume. It is the perfect accessory that is not seen, that is not forgotten, the most important”.

Rocío Capel, Director of Training at Chanel Iberia, highlighted that the French designer was the first female dressmaker to create her own perfume, which she also described as a “visionary, who believed that perfume could express her style” and that she knew interpreting fashion through him, an “unusual” project for the time.

He met the perfumer of the tsars, Ernest Beaux, in 1920, and ended up hoarding him for the French “maison”, the best way to maintain the exclusivity of the formula, as he later continued to do with the other “noses” that have created the aromas from the firm such as Henri Robert, Jacques Polge -the one who has created the most fragrances for the house- or the last to join, his son Olivier.

Chanel gave very clear guidelines for the creation of No. 5, such that it was not a prisoner of its time, that it had timeless and abstract notes, that it was not subject to the trend, although it gave “enormous” creative freedom to the perfumer, who at that time At the time he was investigating aldehydes, facilitators of the durability of the aroma.

“A perfume that no one had made until now”, that was the maxim, corroborates Capel, a scent with multiple and contradictory facets, a luxurious and seductive perfume for women.

A different essence, with exceptional raw materials, with, unlike those of the time of a single floral note, a floral bouquet that includes more than 80 ingredients, presented in a simple bottle, without ornaments, almost laboratory and incorporating on her neck a sealed pearl thread, “to prevent its fragrance from evaporating.”

The name of this centennial perfume holds some mystery. One has to do -explains Capel- with the fact that Ernest Beaux proposed several series to the designers, all with a number, and the one he decided on was No. 5, although it is really “unknown” if it was the one that more liked or relied on other factors.

A superstition that led to his shows, his collection always ran the fifth, on the ceiling of one of the rooms in his house where he wore a crystal lamp in which the “C” of the logo, the G of his name and the name were intertwined. number five.

Coincidentally, so far, there have been five reinterpretations of No. 5 and it so happens that this year, its centenary, 2021, there are five.

Coco Chanel always argued that with that name she moved away from the pomposity of the names of the perfumes of that time, it was also easy to remember, it did not need to be translated and “its importance resided within it.”

However, despite trusting in its potential, Chanel -an advance also in this regard- did not hesitate to use publicity to promote it and she herself was the protagonist of a campaign, in 1937, in the American magazine Harpper’s Bazaar in the United States , the place where she first triumphed, displaying a sophisticated image of a confident woman.

But if a campaign stands out for Rocío Capel, it is the one starring Nicole Kidman, directed by Baz Luhrmann (Moulin Rouge) that brings together the three pillars of the company: haute couture design, jewelry and perfume.

“An image of unity, seduction and audacity”, in keeping with the spirit of Chanel, for a perfume that “has transcended time and fashions without ceasing to fascinate”, concludes Capel.