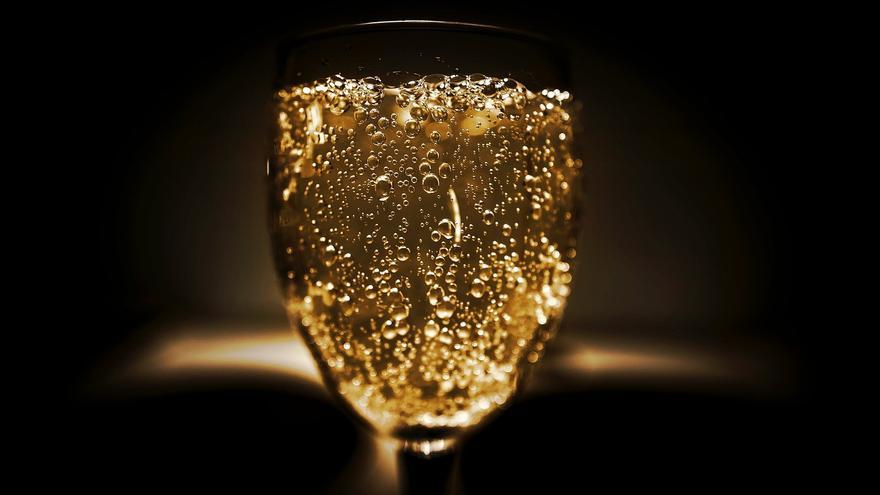 It is the symbol of sumptuousness, always associated with celebration and joy. The champagne, a weapon so powerful that it was capable of bringing Katherine Hepburn off her pedestal in her role as an inflexible goddess in Philadelphia Stories or making an undaunted Greta Garbo laugh in Ninotchka, owes her status, among other things, to her starring role of the first great insurrection that arose at the foot of the vineyard. The most famous French sparkling wine was reaffirmed as one of the great wines of the world thanks to those who stained their boots with mud and filled their hands with calluses cultivating vines exposed to cold and disease in northern European lands.

The Champagne region, in a place on the edge of viticulture due to its latitude, with an average temperature of 10.4 ° and about 1,650 hours of sunshine a year, of which more than a quarter are distributed between July and August, produces wines on 34,045 hectares divided into 319 villages in four zones: the Reims mountain, the Côte des Blancs, the Marne valley and the Côte des Bar. The area was invaded and occupied by the Romans in the 1st century BC and the It is more certain that it was then that the cultivation of the vineyard in Champagne began, which continued later with the arrival of the Franks - the chronicles say that Clovis, king of France, promised a victory against Alaric by raising a glass of wine - and with the later construction of some important abbeys. La de Hautvillers, founded in the 7th century, played a crucial role in the history of wine in this region: its most famous abbot, Pierre Pérignon, laid the foundations at the beginning of the 18th century for the selection of plots, improving working methods , of the collection of the grape and the elaboration of the wine. Although he is also credited with discovering the so-called "champenoise method", it is possible that he only improved on a technique that was previously applied.

After the publication of its regulations, the demand for Champagne sparkling wines grew and, with this, bottling and corking were also improved to prevent the bottles from bursting during the second fermentation. Once the storage and transportation were solved, the first warehouses were created (maisons) of Champagne: the first, founded by Nicolas Ruinart in 1729. During the following years, the region, thanks also to the prosperity in the meat and wool trade, experienced a moment of economic recovery. The wineries –among them the emblematic Veuve de Cliquot (Cliquot Widow) - are incorporating various improvements in their techniques, such as disgorging and stirring, and in bottling, such as the wire seal that protects the cork. The Russia of the tsars became the main consumer of this exclusive drink, which at the beginning of the 20th century experienced a critical moment. In 1910, in full attack of the phylloxera, with fungi and frost reducing production, and after two bad previous vintages and an almost non-existent vintage, the vignerons were in an extreme situation and some maisons Fraudulent people tried to save their sales by importing much cheaper grapes from other places to make their wines.

The spark was ignited by the grape wagons arriving from the Midi and other places such as the Rhone, Moselle and even Algeria, with whose cargo the maisons tried to compensate for the losses of the last harvests. On January 31, 1911, winegrowers found more than 400,000 liters in Epernay from outside the region. The vignerons de Champagne, who had spent decades caring for their vineyards and picking their grapes following the recommendations of Dom Perignon, seeing how multiple problems and diseases had decimated their harvests, decided to answer the questions. maisons taking action. It was not just any protest: the French Government thought that with the 31st Dragoon Regiment and four other reinforcement regiments it could quell the revolts, but it did not count on the persistence of the winegrowers or their knowledge of the terrain; they moved among the vineyards instead of along the roads to break the soldiers' encirclement, robbed cargoes and attacked wineries.

In their four months of siege, they demonstrated by the thousands, filling the roads with broken bottles from the assaults on the maisons More tricksters to prevent the passage of military trucks, they cut telephone and telegram wires, burned and looted the wineries that used grapes from other areas. Up to eleven cavalry and seven infantry regiments came to besiege the region for nine months. "When the Government violates the laws, the insurrection is for the people the most sacred of rights and the most indispensable of duties," read one of the most famous banners of the protests, citing the Declaration of the Rights of Man and the Citizen of 1793. The vine growers did not stop their fight until the wineries agreed to respect the delimitation of the areas of origin of the grape with which they produced their prestigious sparkling wines. A minimum and a maximum price were also set for the price of grapes, which in this way became the most expensive in the world. In February 1911, the French Senate debated the first bill defining the characteristics of the Champagne appellation. In 1927 the limits of the production area were marked, which reaches 34,045 hectares. The result of the agreement that this revolt achieved is the social peace that has been maintained since then in this wine-growing region.

Champagne is an area characterized by its chalk soils and calcareous subsoils. The coarse grain on the surface eliminates excess moisture and retains enough to feed the vineyard. The wine of the area is made with three types of grapes, which are distinguished by their low tannin content and high acidity: Chardonnay (white), Pinot Noir and Meunier (red), grown by more than 15,600 winegrowers, of whom more than half own less than one hectare of land. What's more, only 5% of vineyard owners in Champagne have more than 5 hectares. The great maisons accumulate 90% of the exports of this wine and 75% of the total sales of these sparkling wines, despite the fact that the vignerons own 90% of the vineyard. Of the 319 villages included in the Champagne production area, only a few have the category of Grand Cru (17) and Premier Cru (41). The average sale price of one hectare is around 1.2 million euros, a price that increases if we talk about Grand Cru or Premier Cru.

The market is loyal to Champagne: 244 million bottles were sold in 2020 and the figure is expected to exceed 300 million this year. The United Kingdom, the United States and Japan are its best buyers and Spain occupies number 10 in the list of consuming countries. The Champagne business, which generates some 30,000 direct jobs (120,000 grape pickers attend the area every year), has been affected in 2020, like the entire sector, by the pandemic. However, to the record sales figures this year is added a much smaller harvest than usual, which has forced the large houses - and also the small ones - to reduce their sales so as not to run out of wine. The result is a rise in prices, although not entirely attributable to this situation: the so-called "dry part" (boxes, plates, separators or transport) is affected by the shortage of supplies and has also increased production costs. 1911 is still a mythical date for the vignerons de Champagne, honored by some wine brands such as André Clouet with his 'Un jour de 1911' or the plaque that commemorates, on the Pont de Damery, the day when more than 2,000 Bottles were thrown into the Marne during the so-called "Révolte Champenoise".