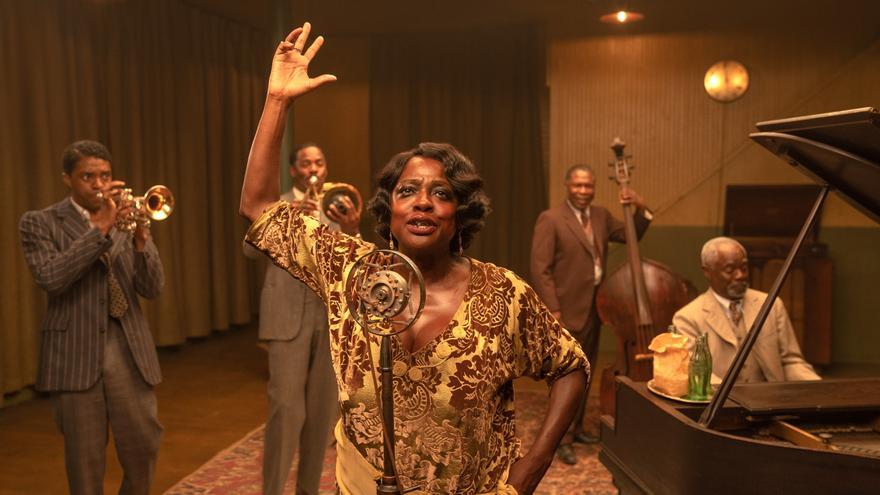 Los Angeles (USA), Dec 14 (EFE) .- "The mother of the blues" is not only one of Netflix's big bets for the awards season in Hollywood but it was also the last and splendid role of Chadwick Boseman, a point that his co-star, Viola Davis, wanted to praise in an interview with Efe.

"The legacy of Chadwick Boseman is pure and transformative art," said the winner of the statuette for best supporting actress for "Fences" (2016) about the star of "Black Panther" (2018), who died last August. at age 43 due to cancer.

As he already proved with "Fences", Davis (Saint Matthews, USA, 1965) stars with "The mother of the blues" ("Ma Rainey's Black Bottom" in its original version) an adaptation of a play by the iconic African-American playwright August Wilson (1945-2005).

Directed by George C. Wolfe ("Nights in Rodanthe", 2008) and with Denzel Washington among its producers, this film, which will land on Netflix on Friday, focuses on an explosive and incandescent recording session in the 1920s. Ma Rainey (Davis), a pioneering singer known as "the mother of blues".

With a clearly theatrical air and trusting much of its assets to the overflowing talent of Davis and Boseman (both already sound very important in the race to the Oscars), the film explores the perennial racism of American society and connects it with the enormous and paradoxical influence that African American artists had on the development of popular music in the 20th century.

Question: With Ma Rainey you had to face a huge acting challenge. What made him such a unique and powerful figure in the history of music?

Answer: The honesty, the transparency, the bold and uncompromising nature of its worth and worth. She was probably one of the first entrepreneurs in that sense.

That is what made her an impressive figure. She had no regrets about sexuality, about her voice, and about the people in her life that she loved and fought for.

So yeah, her authentic talent and unrepentant nature made her a titanic figure.

Q: The film is set about a hundred years ago and the play was presented about 40 years ago, but this story touches on issues of great relevance today. How does this film talk about racism and discrimination in America today?

A: The thing about racism, and the American fabric of racism, is that it is timeless. It has evolved to such an extent that you can never say that it is in the past.

With 400 years of systematic racism what happens is that it metastasizes, it leaks out. It penetrates your minds, your perceptions: it enters your heart.

I think one of the things that is very beautiful about what August does is that not only does he give you a history lesson with each work (...) but you also get to spend time with black people who are affected by their time . You really get to connect with them, with their dreams, with their pain, with their humor.

And in that sense, his plays are eternal, they just are.

Q: Chadwick Boseman is brilliant in this movie, but this was sadly his last role. How does this film reflect your legacy?

A: With the fact that it is a great job. That is the legacy of Chadwick Boseman, the legacy he left for the public.

Certainly, if you talk with his wife, with his parents, with his brothers, with the people in his personal life, you will have a completely different story that does not involve him as an actor.