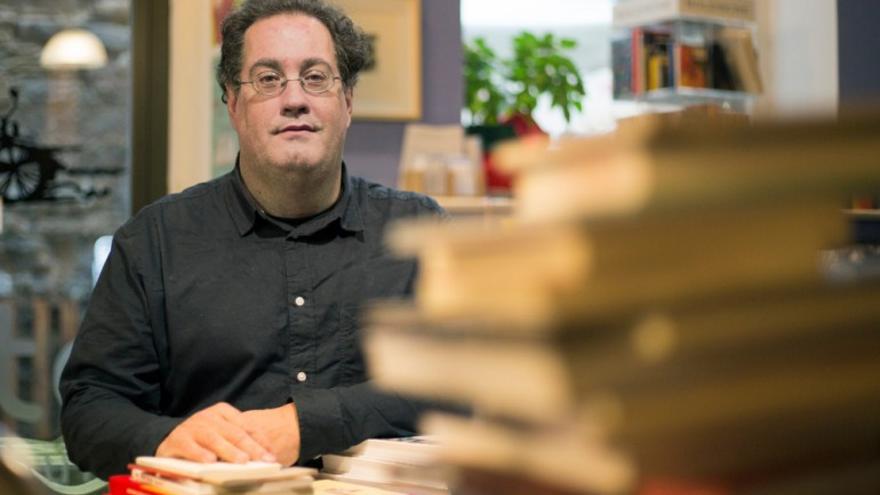 This Friday, César de Vicente Hernando, who had also taught at the Autonomous University of Madrid for six years, died in Almería, where he worked in the Department of Philology, in the area of ​​Theory of Literature and Comparative Literature, a successful course on the social and political novel, and the history of literary production; and that he was also a professor of theory and practice of political theater at the Complutense University of Madrid.

Perhaps many readers of this article dedicated to his memory will not know who he was or only his name will be distantly familiar to them; however, for a good part of the left-wing intelligence in this country, university, editorial, theater and literary, his name will be immediately linked to the depth of his critical analysis, the provocative power of his dramatic interventions and the relevance of his proposals policies, as well as their usefulness, because, for César de Vicente Hernando, thought, like writing, were tools of knowledge, change and progress or they were nothing; this was the incorruptible critical and personal coherence, even the discomfort if necessary, of his approaches and proposals, whether these were given at the levels and planes that were given.

Just yesterday, to another great friend and colleague, Antonio Orihuela, one of our great libertarian poets and intellectuals, sharing the pain of the sudden death of our common friend and colleague, I said, as an affectionate joke, but also seriously, something that I often repeated myself to César himself, who was perhaps the last communist we had left, the last one who thought and, above all, lived as a communist in this enemy territory of any community value or gesture, with that extreme and radical coherence that identified him as a person and as an intellectual.

Perhaps he was the last communist we had left, the last one who lived as a communist in this enemy territory of any community value or gesture, with that extreme and radical coherence that identified him as a person and as an intellectual.

César de Vicente Hernando was joined by our common teacher, at the Autonomous University of Madrid, Julio Rodríguez Puértolas, from whom we learned the essentials, the materialistic, social and critical consideration of literary and cultural reality, and the knowledge inherited from the Academy , something that in his thesis on "literature as an ideological form", with regard to the work of Juan Goytisolo, was already reflected. The fact that every literary and artistic work is a response to the world that built it, to the historical conjuncture from which it emerges and to which it responds, by being active or passive; and that, if we do not take into account this radically political fact of the origin and historical nature of art and literature, we will not understand its meaning. And that was the lesson that César de Vicente Hernando later internalized, developed and deepened to its ultimate consequences throughout his own personal life, not only as an intellectual, but also as a social and cultural activist, since the 1990s. past until his death.

I remember the foundation in Vallecas of the Youkali room, like the song of his beloved Kurt Weil, first, in Sierra Carbonera, then, in Santa Lucía and, for an epigonal time, in a small place just in front of what was the house of my parents and my own, in an alley of Antonio López.

Youkali, in its different locations, was, for its inhabitants, like an island of meaning in the midst of nonsense, theater spaces, meetings and social and cultural interventions, whose history is essential, as are the countless events that they contained, to understand its founder.

I remember the various social forums for arts and letters, which brought together dozens of writers, critics and specialists in Vallecas to discuss the meaning of their own writing and their cultural interventions in the world of savage capitalism; or the foundation of the Alcores theatrical intervention group, or that of the Critical Documentation Center, necessary to understand it as well; or from Tierradenadie Ediciones, etcetera, etcetera. Without these different Youkali spaces, one cannot understand what César was, the strenuous efforts to keep them open and provide them with constant life, day after day, week after week, until exhaustion.

I also remember his tireless work to recover and claim figures and works that he considered central to a truly materialistic and critical drama, art and writing, the effort that cost him the edition of the homomobile, the posthumous novel by Jesús López Pacheco, in Debate (2002), with Constantino Bértolo, another key person in his life, without a doubt.

I will never forget the forty-eight hours of uninterrupted reading of the galley proofs of that monumental novel, between the two of us, to arrive on time for the deadlines, and, on the last day, the scene in the very headquarters of the publishing house, I rereading the last pages in an office, while he, as I checked them and pointed out the latest errors, passed them to Constantino, in the next office.

In short, how many memories crowd all of us who have shared part of that extraordinary vital and intellectual journey. Very important, I think, is to mention his collaboration with the German Institute of Madrid, of someone who has also been one of the greatest specialists in the interwar period in Germany, because, in effect, one of his intellectual passions was, precisely, those years of the Weimar Republic, of political, social, artistic and cultural ferment that could change the history of the European working class, and that changed European art and culture de facto. His extraordinary work on the work of Piscator, or of Brecht and, later, the recovery of the figure of Peter Weiss: I remember the event with Weiss's wife, at the Goethe Institut itself, on the occasion of the sessions he directed, in 1996, in which his work was presented Peter Weiss, an aesthetics of resistance. Or his interest in the work and figure of Günter Anders, with the anthological edition of The philosophy of the situation (2007) or Günter Anders, fragments of the world (2011). Until you reach your monumental The Revolution of 1918-1919 (2018).

A part of his life and an aspect, however, that should be especially remembered is his relationship with Alfonso Tailor; César de Vicente Hernando has been perhaps one of the people who have done the most to defend his work and his figure; the collaboration with him and with Hiru seems essential to me in his immense and rich life and intellectual trajectory. It comes to mind, for example, the great tribute to Alfonso Sastre that he directed and staged in the Rigoberta Menchú room, in Leganés, with the presence of Alfonso and Eva himself, before hundreds of people. Alfonso Sastre: theater theory, dramaturgy and criticism of the imagination (2021) has been, in this sense, his last contribution to the cause alfonsina.

Another important personality in the intellectual life of César de Vicente Hernando, as a man of the theatre, whom we cannot forget at this time was Juan Antonio Hormigón and his ADE-Teatro –heroic magazine, due to its resilience–, for which he wrote and with whose director, for many years, he also collaborated on many projects.

In short, what to say about his tireless critical work and as an editor, as a vindicator of authors and central works of our literature neglected or forgotten by official and canonical criticism, his interest in the recovery of Fermín Galán or the work of Díaz Fernández, with The mechanical Venus, for example, the essential novel of the Spanish 'new romanticism' of the twenties of the last century, the modern Spanish novel that could have been and finally failed to be. All this and more, all these names and many more that do not fit here constituted the constellations of thought and life that César de Vicente Hernando managed to weave around him. Goodbye my friend. See you always, comrade. You were the one who asked me the most important question that I have ever been asked as a writer: "why do you write?", you asked me, suddenly, returning from Tarazona. That is the question that I leave, for you, to all the writers and intellectuals who want to be on the left, today, why do we write? Why do we do what we do? And let us answer honestly, without lying to each other, as Caesar demanded of us.