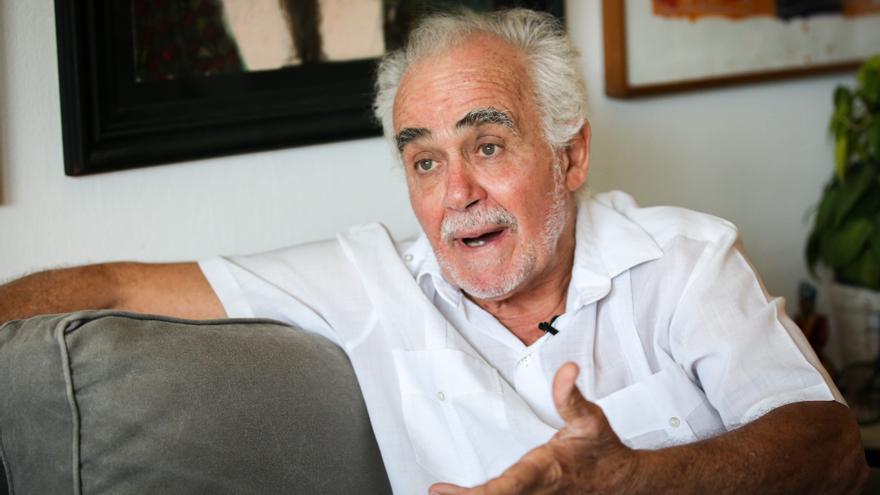 Montevideo, Mar 20 (EFE) .- A call was enough to convince the Uruguayan filmmaker César Charlone to accept what he considers one of the best gifts of his career: to capture on the big screen the 15-year period that, as a result of the first Tabaré Vázquez’s victory in 2005 changed the political history of Uruguay.

Based in Brazil and a regular collaborator of Fernando Meirelles, Charlone’s return to the ‘little country’ during the pandemic had a particular impulse: a little over a year ago he received a proposal from Martín Papich, former director of the National Film and Audiovisual Directorate (ICAU ), and the yes was so resounding that the next day he wanted to start filming.

As the 71-year-old filmmaker, nominated for an Oscar in 2004 as director of photography for the acclaimed “Cidade de Deus”, assures in an interview with Efe at his home in Montevideo, the project, which he considers among “the best gifts” he has received. given, he loved it and wanted to get down to work as soon as possible.

“I just came here and told him: ‘I’ll take the camera and we’ll start tomorrow.’ In fact, I came with my camera, with which I have already made other documentaries, I have used it in films there, and we started filming”, details the cinematographer of “The Constant Gardener” (2005) and “Blindness” (2008).

Perhaps it is impossible to tell in a single film the path that the leftist coalition Frente Amplio (FA) traveled in Uruguay, in which socialists, communists, Christian Democrats and independents – and later ex-guerrillas – joined, in their 50 years of life, completed in last February.

“We want people to tell it. The people, the base and also the leaders, so we interviewed Tabaré (Vázquez), Pepe (Mujica), specialists and with them we will make a reflective account about what (the period) was. , the importance it had to change the history of Uruguay in a lot of things, “he emphasizes.

As Charlone anticipates, the film will feature an interview with Vázquez shortly before his death from cancer on December 6, 2020; and, in addition to institutional archive images, it will include the home records of militants.

“I think that is good because I do not know of other cases of films that have been made like this (…) as a collective memory, and there is our job of sewing them, threading it and turning it into a single story”, highlights the director of tapes such as “El baño del papa” (2007) or “Artigas: La Redota” (2011).

As Papich, executive producer of the documentary whose crowdfunding fundraising campaign was launched this week, assures that such an ambitious project seeks a wider audience and, for this, a baton like Charlone’s was needed.

According to the former director of the ICAU, this collaborative project -whose goal of funds is 100,000 dollars- and in co-production with the Argentine Aleph Media facilitates betting strongly on an international market.

For his part, Charlone underlines that one of the objectives of the documentary will be to locate in the international context the rise of the FA governments and the reason for the electoral defeat that it suffered in 2019 before the conservative coalition that today governs under the Presidency scored by Luis Lacalle Pou when we have the information.

“In 2016 I was staying at the presidential palace of (then Brazilian president) Dilma Rousseff accompanying her ‘impeachment’ and understanding that all this was the product of a conservative wave that swept,” says the filmmaker, who adds that this began With the ‘Brexit’ in the United Kingdom, it spread throughout the world and Uruguay could not be left out.

Asked about the achievements that stand out the most from the three Frente Amplio mandates, Charlone does not decide on one but illustrates with brief anecdotes some consequences that the social policies implemented in those 15 years have had on the Uruguayan people.

The filmmaker points out, for example, that a friend of his was surprised by the number of cars that filled a place near her work and, when she got closer, she knew that they were the vehicles of all the workers who worked in a nearby construction.

In turn, on the cultural level, the director assures that there are many advances and observes that Uruguayan cinema grew hand in hand with the policies implemented in the period.

“The other day a Brazilian friend talking to me told me: ‘Ah, you Uruguayans are stealing all our work, Amazon is not going to do any series in Brazil and it is going to do three series in Uruguay,'” he explains.

Along these lines, Papich affirms that Uruguay was placed on the map as a destination for large audiovisual productions.

“Today what is seen in the streets of Montevideo and some places in Uruguay with respect to the work that is being developed with platforms, series, has to do with a process that results in all this,” he concludes.