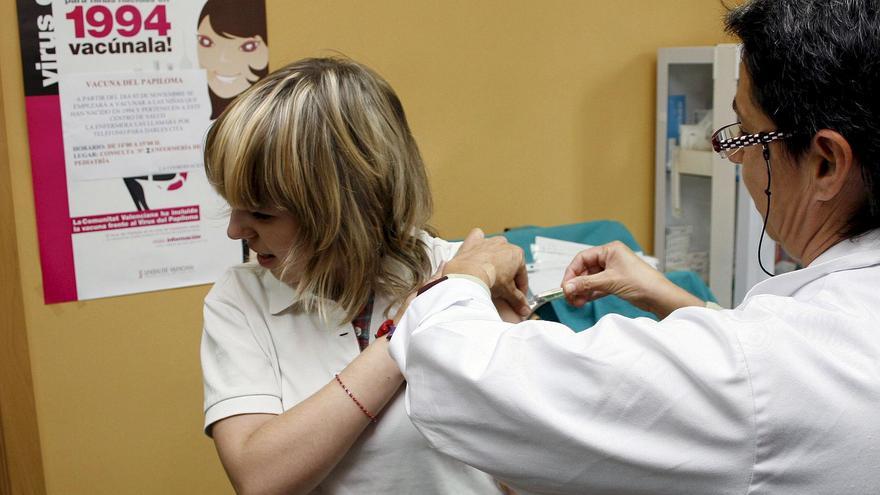 The rate of cervical cancer cases has dropped by 87% in women vaccinated against the human papillomavirus (HPV) in England, according to a study published this week in The Lancet. Specifically, the 87% drop compared to the non-immunized population has occurred in people who had received the inoculation between 12 and 13 years of age.

The study has estimated that by June 2019 there were around 450 fewer cases of this type of cancer and 17,200 fewer carcinomas than expected in the vaccinated population in England.

Specifically, in the cases detected in the age group between 12 and 13 years, a range in which they are less common, the researchers point out that they would have been reduced from about fifty per year to only five. At these ages, the greatest difference is observed with respect to non-immunized women. In addition, the rate is reduced by 62% when the vaccine was received between 14 and 16 years of age and by 34% in the case of receiving it between 16 and 18 years, compared to the unvaccinated population.

Peter Sasieni, one of the authors of the study from King’s College London, has pointed out that although previous studies suggested that the impact of the vaccination program on cervical cancer rates would be “substantial” in women between the ages of 20 and 29 By the end of 2019, “the observed impact is even greater than what the models anticipated.” The research has used an immunization program against HPV using the bivalent Cervarix vaccine, which was started in England in 2008.

The Guardian points out that precancerous changes in the cells of women who were vaccinated in the first age group (12-13) are reduced by 97%, 75% in those who received the prick between 14 and 16 and 39 % in vaccinated women between 16 and 18 years. In this sense, experts estimate that carcinomas would have affected almost 36,000 women had the vaccination not occurred.

In England the bivalent vaccine is used mainly, which protects against the two most common types of HPV, responsible for approximately 70-80% of all cervical cancers. Currently, 3,200 cases of cervical cancer are detected in England every year. BBC News points out that the vaccine is offered to girls between the ages of 11 and 13, depending on their place of residence, and since 2019 also to boys.

The American Cancer Society estimated that 13,800 new cases were diagnosed in 2020 and more than 4,290 women died from it. Internationally, HPV vaccination has been introduced in 100 countries as part of the World Health Organization (WHO) efforts to eliminate that type of cancer.

Researchers celebrate that if most people continue to get vaccinated, cervical cancer will become a rare disease. That’s why UKHSA consultant epidemiologist Vanessa Saliba encourages every woman to get vaccinated if given the opportunity. Also, remember that all those under 25 years of age are still in time to receive the vaccine. This is of vital importance since the vaccine can only prevent infection, not act on the virus once the person has been infected. Therefore, efforts should be directed to carry out immunization before they are sexually active.