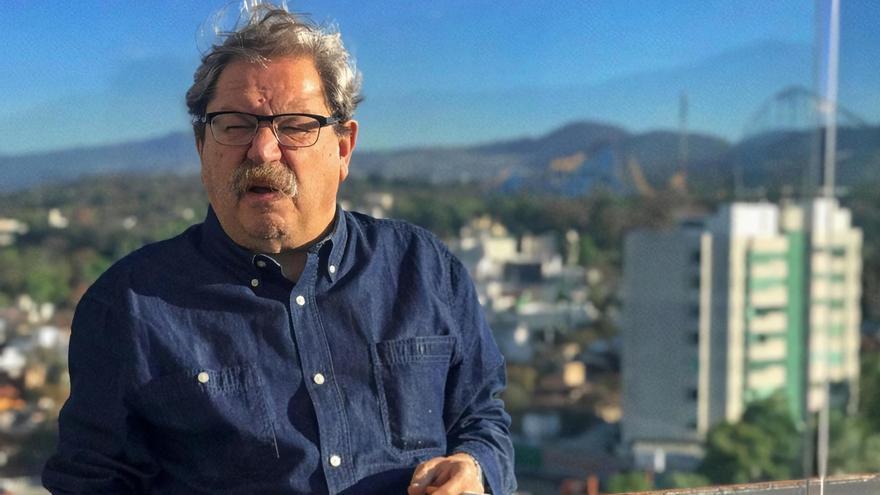 Taibo II, recognized for his detective novels and his leftist militancy, slyly explains that “the authors of the old regime” have not presented him with new manuscripts because “they don’t want us,” but he seriously affirms that the books that the FCE already had they continue to “sell, publish and promote”.

The “perhaps only censorship” that he has applied is the prohibition of publishing books written by the president, by officials or by authors who, like him, are part of the Fund’s management, explains Taibo II, son of the writer and journalist Paco Ignacio Taibo and brother of fellow writer Benito Taibo.

Taibo II is the opposite of the intellectuals and journalists who accuse President López Obrador of endangering freedom of expression with his repeated criticism of the press.

During his long career, he says that he faced “thirty ways” of censorship: they vetoed film scripts, the Ministry of Education did not want to publish a book, he was expelled along with his father from the management of public television Channel 13 .. .

At that time, Taibo II recalls that governments “paid” intellectuals and journalists and adds that those who received the famous chayote (bribe) “today are spokesmen for a very funny song to freedom of expression.”

The director of the Fund, who affirms that he does not “mince words” and has been very critical of the historian Enrique Krauze, assures that there is a “conservative wave” against the Government.

“Don’t you think that the attacks on López Obrador by eighteen simultaneous media and the intervention of North American think tanks and strange companies that come out of bots are articulated?” He asks.

GOODBYE TO THE “KING KONG MAUSOLEUM”

Taibo II has had a difficult time to lead the FCE. The covid-19 pandemic reduced its sales and closed its two printers and 90 of its 115 bookstores for a time.

The novelist, a daily reader of between 80 and 100 pages, wants to soon resume sending bibliobuses to the most disadvantaged communities with cheap popular collections that encourage reading “with passion, interest, subversion and imagination.”

A substantial change from the Fund that was found in 2019, which it derisively calls the “King Kong Mausoleum”, where neither comic books nor detective novels were published.

“We found a Culture Fund very much like the old regime. Corruption, abuse of power, red carpets, a private dining room for the director, a private elevator for the director, four drivers … We devastated it because we are clearly egalitarian and antidispend”, he says. .

He has also fought the stagnant bureaucracy of the publishing house because “formality” and “official rigidity” give him “green bile,” he laughs.

“Who said you have to wear a tie to be a civil servant? It will be your mother’s tie, I’m not going to wear it,” which exemplifies dressed in a plaid shirt.

Taibo II was born in Gijón in 1949, but when he was a child, during the Franco regime, his family moved to Mexico, where he received nationality in 1984.

He considers that López Obrador’s request for Spain to apologize for the abuses of the conquest 500 years ago “has a symbolic content because you cannot blame a German who is 30 years old today for the crimes of Nazism.”

But he believes that it can promote “a critical reflection to improve the relationship of the fundamental bridge that is Spain and Latin America.”

Taibo II misses his father very much. They were “companions, friends, accomplices” and used to eat and share table talks. “He was the gourmet and I was the greedy,” he remembers smiling.

“He would have had a lot of fun in this adventure of the Culture Fund because his left hand was strong and he also distributed firewood,” he says.