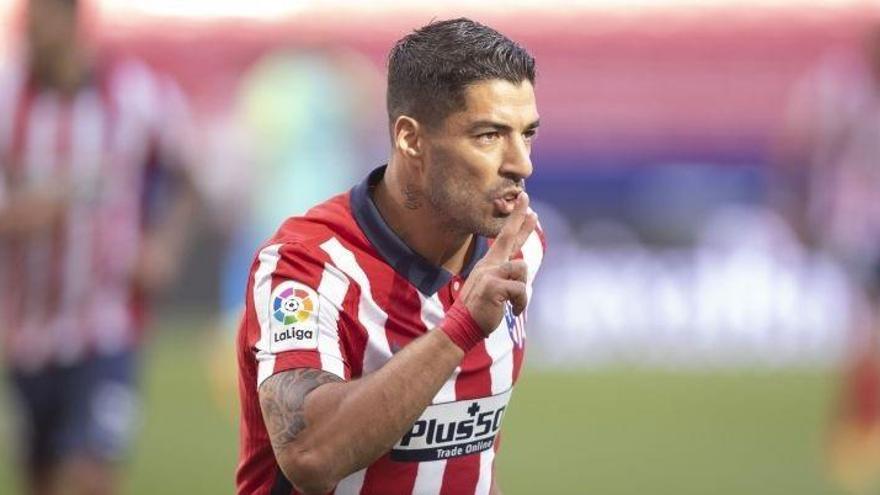 Barcelona Y Atlético de Madrid will test your overwhelming start of season in the fields of Celta and Huesca, respectively, in this fourth day of The league Santander 2020/21, Meanwhile he Real Madrid will debut at home this season against Valladolid and the Betis, leader, will visit Getafe.

The Ronald Koeman era began with a convincing victory over Villarreal (4-0) with a star protagonist, Ansu Fati, author of the first two goals and who forced the penalty for Leo Messi expand the account. The very young Spanish international is in charge of showing every day that he is the great hope for the future for Barça fans when the Argentine ’10’ ceases to belong to the Barça squad.

He transfers his ambition and the Koeman version to Balaidos, a usually complicated fiefdom. In fact, the Catalan team has not won in Vigo for five years, when on April 5, 2015, when the team led by Luis Enrique won by 0-1 with goal from French Jeremy Mathieu. Since then he has linked three losses and three draws.

For Celta, led by former Barcelona player Óscar García Junyent, it is an opportunity to show that this campaign will not make mistakes from the past And how much less is he in a position to not go through so much trouble For the moment he remains undefeated, with one win and two draws, and his great reference, Iago Aspas, has started the season full and co-leads the gunner classification with three goals. The Galician will once again be the great threat for the Catalans.

Even more hopeful was the coming-out of Atlético de Madrid with their win against the Pomegranate (6-1), in a magnificent match of the entire block, with special mention to the Portuguese Joao Felix and the Uruguayan Luis Suarez, who despite having only been in the team for hours after leaving Barcelona had a stellar debut in The league, with two goals and one assist.

Diego Pablo Simeone’s team moves this Wednesday to face Huesca in El Alcoraz, to which, two seasons ago, in the first presence of the Aragonese team in the elite, they won both games 3-0. He is a clear favorite but that condition does not exist in the vocabulary of the Argentine coach and his pupils.

The team directed by ‘Míchel’ Sánchez has left better sensations, especially in his visits to Villarreal and the Valencia, what results. He has lacked the endorsement of any victory that he even deserved. In the only home game he was surprised by Cádiz, with which the Huesca staff has been conjured to try to give the bell.

More doubts are leaving the current champion, Real Madrid, who started with a draw in San Sebastián and a more than complicated victory in Seville against Betis. He will play his first home game of the course at the Alfredo di Stéfano against Valladolid, which last season, on the second day, drew a draw from the Santiago Bernabéu with a final goal from Sergi Guardiola.

Both teams maintain the same identity and therefore harsh opposition looms the set of Sergio González that on the other hand still does not know the victory after having played three games. He knows that it is not a match in ‘his’ league, but under the cover of the tables of the previous campaign he returns to Madrid with the ambition to surprise again Zinedine Zidane’s block, in which the great concern is the German Toni Kroos, who retired injured at Benito Villamarín.

Sevilla will also debut their local status after win hard against Cádiz. He will receive Levante, reinforced by his comeback in El Sadar with a stellar José Luis Morales.

In the meantime, Betis, who were the leader despite their defeat against Real Madrid thanks to the win conceded by him Pomegranate, will visit the always competitive Getafe in a duel of styles. Quite a cotton test for the evolution of the Chilean Manuel Pellegrini’s team.

The Reale Arena will offer the opening of the fourth day this Tuesday with a more than interesting clash between the Real society and Valencia, whose coach, Javi Gracia, had a good part of his best years as a player in the Basque team.

The casualties for various reasons have influenced the irregular start of Imanol Alguacil’s team, while the lack of reinforcements It is for now one of the problems of this new Valencian team.

Wounded by the bad first half at the Camp Nou, Unai Emery’s Villarreal needs to amend the plan as soon as possible, and for this, nothing better than to beat and convince Alavés, penultimate, while the bottom, the recently promoted Elche, the only team that has not yet added, will visit Eibar, which also has only one unit.

For Cádiz, Thursday will be a special match. He will visit Athletic for the first time in Nuevo San Mamés. He will do so willing to show the virtues that have been returned to the elite and to end black history in Bilbao, as he has never won in a league match.

The other meeting of this week-long day, Granada-Osasuna, it was postponed for having to play the Granada team on Thursday the Europa League tie against Malmoe in Sweden.