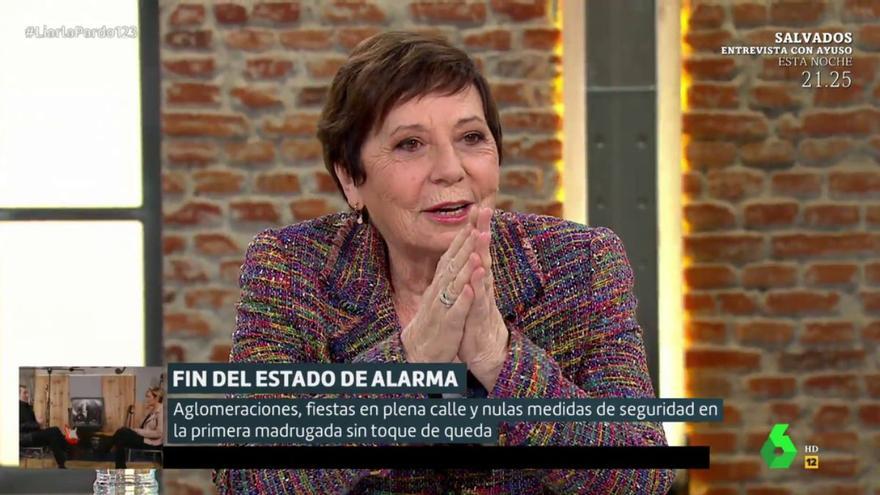 “What were you saying, Celia?“, said Gonzalo Miró after listening to his comment while Cristina Pardo helped the former contestant of ‘Mastechef Celebrity’:”But you can say it perfectly“.”Yes, you can say blowpollez“said Anabel Alonso, also present at the program table.

“We have gone from the state of alarm to the state of arming it. So, everyone is happy,” said Ramoncín about these images. “If they were wearing the mask and so on, I would see it understandable. But with the mask in Parla and the cubata, well …”.