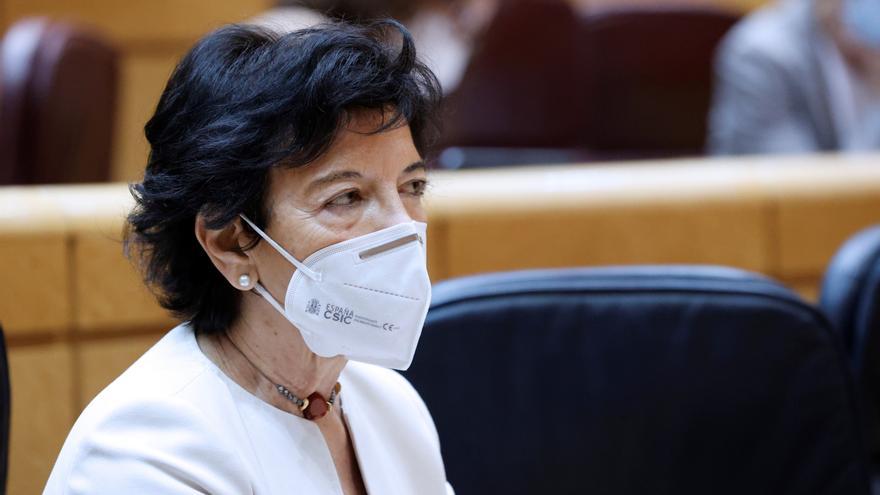 Madrid, Feb 15 (EFE) .- The Minister of Education and Vocational Training, Isabel Celaá, considers that it is necessary to “strengthen” “critical thinking” in teaching to be able to deal with misinformation and help young people to reject ” discriminatory stereotypes “and hate speech.

In a virtual colloquium organized this Monday by Fad and Google, the minister warned that the “effort” of schools to develop critical thinking “is not enough” and that therefore the “educational action” of civil society is necessary.

“Our cultural environment undoubtedly requires multiple and critical literacies to decipher an increasingly complex world where reason, truth and beauty have been greatly eroded by the spread of intoxication and the massive use of lies,” says Celaá .

For the minister, learning is “disconnected” and, to reconnect it, the Government works so that students develop competencies that allow them to distinguish “objective facts” from “mere opinions without evidence” and safeguard them from “the negative aspects of the digital revolution “.

Celaá lamented that society has entered “a dangerous dynamic” in which there is hardly time for “serene reflection” and where misinformation and hoaxes form the “substrate” for prejudices “to take root, grow and expand. like the worst virus. ”

In this regard, he has assured that the “rain of falsehoods and hoaxes” opens a “significant crack of mistrust” towards democratic institutions.

“We have already seen that they end up surprising and how they polarize and strain democracies as solid as the North American one,” Celaá stressed, referring to the four-year mandate of former US President Donald Trump, who was relieved last January.

In this sense, the minister insists that, in the face of “the old theory” that a lie repeated a thousand times becomes the truth, it is necessary to “work” so that, “no matter how much it is repeated”, it can always be “revealed “and” take its toll “in terms of reputation and recognition to those who disclose it.

“Little miracles on Peckam St”, a social drama linked to the start of Brexit

They find in El Rubio (Seville) a Turdetan sculpture from the 6th century BC. C.