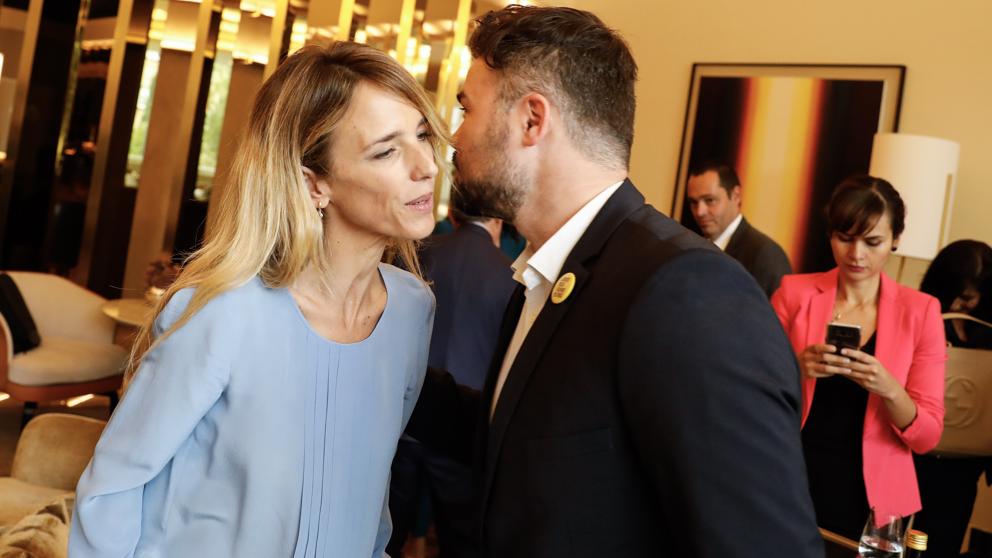 The PP parliamentary spokeswoman in Congress, Cayetana Álvarez de Toledo, he confessed this Saturday that, of all his political adversaries, he would choose his counterpart from Esquerra Republicana (ERC), the independentista Gabriel Rufiánto leave white hair.

This is the response given by the ‘popular’ leader during the questionnaire she has submitted to the ‘Parliament’ program of the National Radio of Spain, in which she reveals some of the most unknown aspects of it.

Like most Spaniards, it never fulfills the purpose of going to the gym

Álvarez de Toledo points out that as a child he wanted to be an archaeologist, that “he still” has not used any application to flirt, that he recycles, that in Madrid he moves on foot or by car, and that, like most Spaniards, he never fulfills the purpose of going to the gym.

The popular spokeswoman also reveals that the last time she cried was with the death of her “great friend” and fellow journalist David Gistau, that the last book she has read is ‘Ebro / Orbe’, by Arcadi Espada, and that the last series to which it has been hooked is ‘Chernobyl’. “I’m late,” he said.

Among other confessions, he has recognized that when he enters politics he has lost “freedom” and that when he leaves it he aspires to devote himself to writing, and he does not get wet when asked about who trusts less, whether of a politician or a journalist. “I have been and, somehow, I am both,” he said.

Finally, and when asked what the Cayetana would think of ten years ago if I saw him now, Álvarez de Toledo replied: “Man, have you returned to politics?”