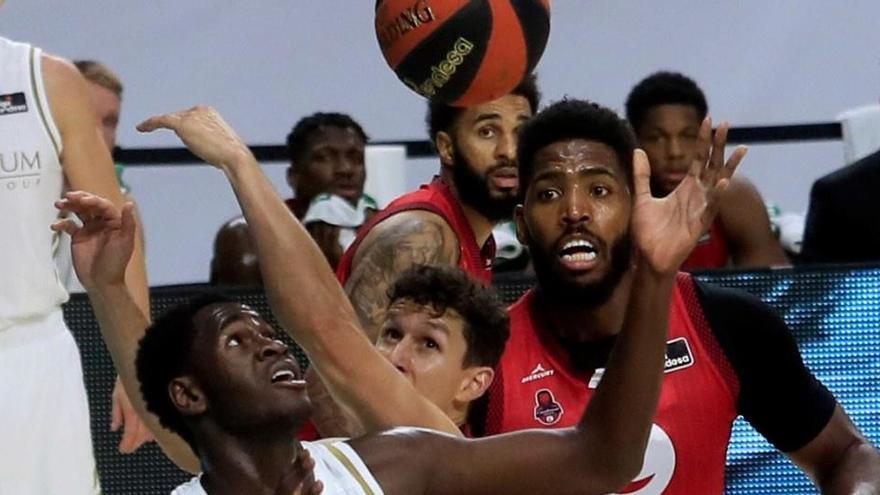 He Real Madrid returned six and a half months later, WiZink Center from his pavilion on March 8 and winning the same rival, an intermittent Casademont Zaragoza which he beat on Friday with triples and led by a lethal Fabien Causeur, although this time he did it with the stands empty due to the pandemic (102-83).

Its about eighth win for a team that remains undefeated this season, in which he adds all his performances in friendlies by victories, Super Cup and Endesa League. Despite the casualties due to annoyances of men like Sergio Llull or Anthony Randolph, those of Pablo Laso they showed in their second game ACB a good image a week after his Euroleague debut.

Hand in hand with Causeur, the locals soon put land in the middle. The Frenchman, with eight of the first twelve points of his team, was the first to hit a dislocated Aragonese team and without ideas in attack, which could not enter the game to the despair of his coach, Diego Ocampo, who had to stop the game. I play at the first exchange to organize their own.

His time-out was of little use because first Facundo Campazzo, with two triples and his direction of play, and then Walter Tavares, with his dominance under hoops, continued to open the gap unopposed until they achieved an advantage of 18 points that remained in thirteen at the end of a first act of clear local color, in which the overwhelming difference in the rebound (16-5) allowed Pablo Laso’s men to double the hands (26-13, min 10).

At the restart, Rasheed Sulaimon threw his team on his back and with eight quick points managed to put the visitors into the clash. The difference dropped to four and set the alarms on a Real Madrid that decided to respond in the best possible way, with three consecutive triples (two from Rudy and a third from Jaycee Carroll) that seemed to return the waters to its course.

Although Sulaimon followed his own, scoring from all positions – he added fourteen points in the second quarter – and the rebound was balanced, which kept Casademont in the fight. Five points in a row from the Argentine Nico Brussino tightened the score as much as possible, leaving at a single point the income of 18 that Real Madrid enjoyed in the first quarter that, at least, could take a breath before the break (47-41 , min 20).

The third quarter started like the first, with two triples from Causeur who shot the whites again. Zaragoza also repeated its initial script, without carburing back and blinded in attack. Suleimon stopped his contribution in his tracks, well defended by Alberto Abalde, and all this was reflected on the scoreboard, with +18 in favor of Pablo Laso’s men in just four minutes after Campazzo’s third hit from the perimeter.

Shortly after, Causeur’s fifth triple, author of 25 points, left the crash on track early (66-44, min 36). Without ideas in attack, where he chained errors at a dizzying pace, or formulas to overcome Tavares, the Aragonese team was deflating against an opponent more rolled at this point in the season.

Despite chaining a partial in their favor of 9-0 the Casademont, in the last ten minutes the game was sentenced because three new triples from Abalde, Carlos Alocen and Rudy they annihilated the last hopes of Diego Ocampo’s men (75-58, min 30).

The Casademont tried it, with the appearance in attack of Jonathan Barreiro, although to each reaction of his Madrid responded with a new triple. With five hits of six pitches from the 6.75 line, Rudy Fernández left the game of return to the WiZink Center seen for judgment, which was closed with two others by Argentine Gabriel Deck.

Incidents: Match of the second day of the Endesa League played without an audience at the WiZink Center, which again hosted an Endesa League match 201 days later.