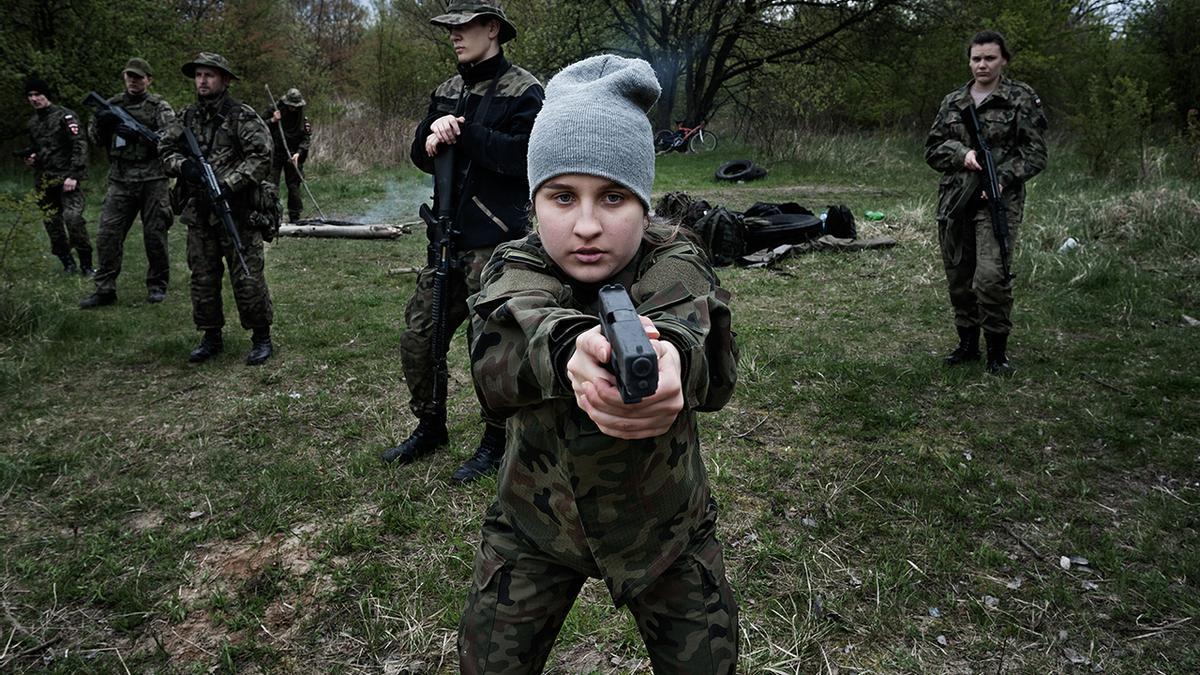 Guns in Poland are school supplies. In some 560 public schools, “military profile” classes are an elective branch taught to young people between the ages of 16 and 19. This is the subject Education for security, and it even includes practical activities carried out in collaboration with private paramilitary organizations or with Andrzej Duda’s Army, which has governed the country since 2015. “Among those who are starting there is, in general, a certain fascination for the military, but there are many who see in the Army or the Police the possibility of obtaining a job in the future that they consider safer, because it is state-owned, “explained the Polish photographer Hanna Jarzabek to 5W magazine.

Jarzabek has dedicated himself to visiting some of these schools to photograph the program and talk with the young people who participate in it, but also to alert about the current situation in a country in which a model other than that of a Catholic person does not fit. promilitar and heterosexual. In fact, in another of his photographic projects, Lesbians and much more, documents the daily life of 12 lesbian couples and the terror that comes from “coming out of the closet” in a social context in which the anti-LGTBIQ campaign is growing stronger and stronger.

Although the themes of the samples are different, education and homophobia, both dialogue with each other because they connect with a fundamental element: human rights. They can be viewed for free at the International Center of Photography and Cinema (EFTI) Madrid until December 5 and not only serves to check the status of a country in eastern Europe, but also as a warning of what can happen if these values ​​are extrapolated to other regions.