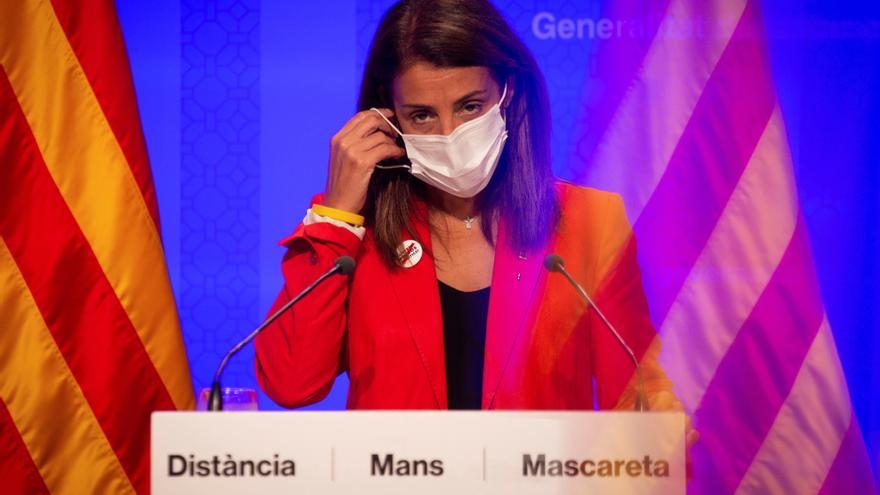 The Catalan Government is preparing to take “forceful” measures to try to reduce infections, after a worsening of the epidemiological situation suffered during the last week. The counselor spokesperson Meritxell Budó has assured that the specific content of the new restrictions will be announced this Wednesday, to come into force as of Friday, but has confirmed that they will cause effects on mobility and restoration, as had already advanced some hours before the Secretary General of the Department of Health, Marc Ramentol.

Budó has indicated that at this time the Government has opened a dialogue with businessmen and social agents to try to agree on the type of measures that they will end up taking. “The measures that we are going to take are at two levels: reducing mobility and reducing social interaction that are the triggers of the increases in cases,” said the Minister, who indicated that the Generalitat is taking the measures it deems necessary to the beginning of an acceleration of infections.

At the same level as the measures that will be decided in the coming days, the Government has highlighted the recommendation of telework, which it believes can reach 25% of all Catalan employment from the current 8%, and the closure of face-to-face classes in the university, which will also start on Friday and will run for at least 15 days, he said.

Beyond the details that will be outlined in the coming days, the minister has taken for granted that there will be new restrictions, as she has stated that a second wave is taking place in Catalonia. “We would be at the beginning of a second wave”, he declared, “the risk of regrowth has increased to 338, the transmission rate (Rt) has stood at 1.33 and the number of hospital admissions and sick in the UCIS “.

Faced with this situation, the Government claims to be willing to take all necessary measures, including requesting a declaration of a state of alarm. “The Government will not have any problem in requesting the state of alarm,” said Budó, who nevertheless explained that for the moment they do not consider that they have to apply such restrictive measures as those allowed by the declaration of alarm.

In the same sense, the number two of Salut, Marc Ramentol, has expressed this Tuesday, who has advanced in the Rac1 microphones that the measures that will be applied on Friday will not be perimeter confinements, at least for the moment. “Our commitment is for a forceful intervention, with personal sacrifices but as tight as possible”, he explained. For the department that directs sanitary actions, early action is key to taking measures that are both effective and have a short impact, thus reducing their social and economic harm.

As in the case of the data presented by Budó, Ramentol that the increase in infections has already begun to be noticed in health centers and hospitals, where there have been increases in ICU beds and also in non-critical hospitalized patients. The Secretary of Health has also explained that the emergency services are treating more patients, despite what has rejected comparisons with the situation of the first pass. “It has nothing to do with it,” he said, as he also denied that the Catalan situation is for the moment close to that of Madrid, where he has assured that they have acted “late and have fallen short”.