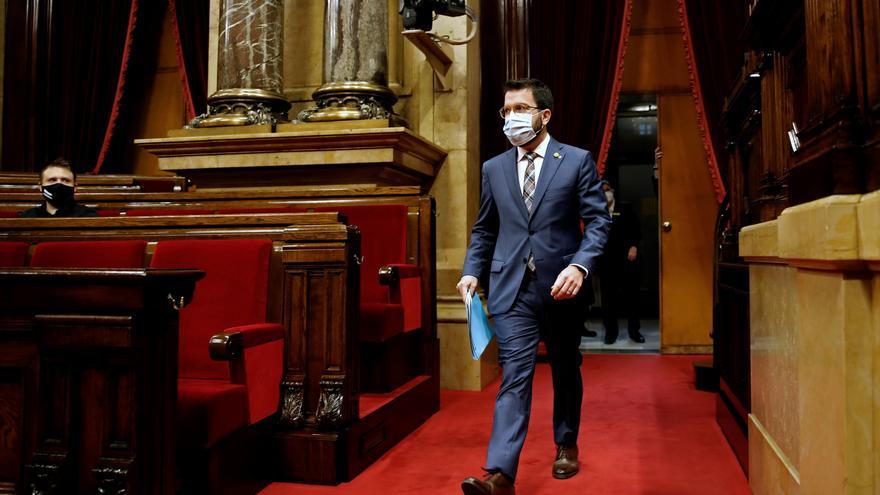 The Generalitat de Catalunya has already decided how it expects Christmas to be celebrated this year in the midst of the coronavirus epidemic. In addition to the known de-escalation plan, which proposed meetings of 10 people from December 21, the Government adds as a novelty the modification of the curfew so that on Christmas Eve and New Year’s Eve it begins at 1:30 a.m. and not at 10 p.m. hours.

“We will have to celebrate a very different Christmas, with maximum security and full responsibility. The change of the year should not be the seed of a third wave ”, has warned the vice-president of the Generalitat, Pere Aragonès, in an appearance in the Parliament. It has also made it clear that Catalonia will advance to phase 2 of de-escalation next Monday, unless the indicators that for two days they show a rebound in infections.

Pending the meeting of the Interterritorial Council between the autonomous communities this Wednesday, the Generalitat has also established that they will change the curfew on Twelfth Night to begin at 11 p.m. Regarding the changes to the curfew on December 24 and 31, Catalonia is the second community after Madrid that proposes that it start at 1:30 a.m., half an hour later than expected by the Government.

Aragonés has also advanced that the plan for Christmas limits the maximum number of people to meet to 10 compared to the current six, as is foreseen in the reopening plan that is already applied. The vice president has added that the Government does not foresee to establish changes in the confinements, so if progress is made according to the phases foreseen in the reopening plan as of December 21 there will no longer be mobility restrictions either between municipalities or to leave Catalunya, and only the night curfew will be maintained.

EuroMillions: results of the draw for Friday, April 16, 2021