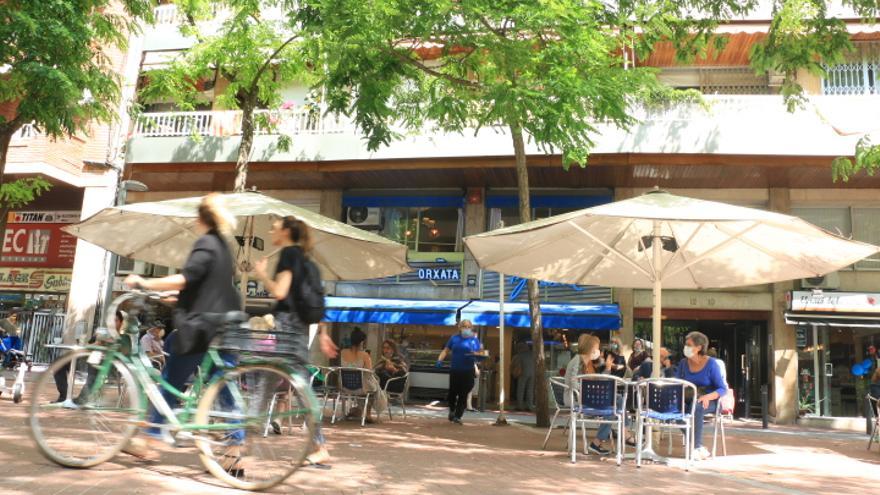 The Catalan Government has approved this Thursday the de-escalation plan that makes several of the restrictions imposed in the framework of the state of alarm more flexible. Such as this newspaper has already advanced, the committee that decides the measures to face the COVID-19 pandemic will attenuate the measures as of next Monday 23, when it will allow both bars and restaurants to reopen, with different capacities indoors and on terraces, as well as spaces cultural, and all this until 9:30 p.m. This will be the first step in a four-tranche plan that will be developed over the next two months, during which the restrictions will be lifted.

The partial reopening of the hospitality and culture industry is the main novelty agreed on this Thursday, which reduces the rigor of the restrictions on which there was more pressure from the economic sectors. Although initially the draft of Salut chose to establish much shorter hours for restoration, finally the hotel business will be able to open practically all day, from 6 in the morning to 9:30 at night. Regarding the capacity, in the interiors of the restaurants and bars it will be allowed to reach 30% of the capacity, while in the terraces it is established as a limit that there be a maximum of four people per table and a sufficient separation of 1.5 meters between them.

In the field of culture, the de-escalation plan will allow cinemas, theaters and concert halls to reopen, which will have a 50% capacity limitation in addition to the sanitary hygiene measures and separation between spectators that were already established for the previous reopening. Outdoor sports facilities are also retaken with a capacity of 50%, while those that are in closed spaces, such as gyms or sports halls, a 30% limit of their capacity is imposed and the use of changing rooms is prohibited.

In parallel, for the moment the health authorities have chosen to maintain other restrictions, such as the night curfew, which in Catalonia runs between 10 p.m. to 6 a.m., or territorial confinements, both in terms of closure continued of the Catalan borders as the perimeter closure of all municipalities during the weekend. The prohibitions on making private meetings with more than six people who are not part of the bubble group are also maintained.

These will be the main lines during the first section of the de-escalation plan, which should last, in principle, 15 days. From then on, the Government has ensured that there will be epidemiological criteria “public and known to all” that, if met, will allow a section to be passed. The novelties of the second phase have to do mainly with the increase in capacity, which happens inside hotel premises from 30 to 50%, and also the municipal weekend confinements become regional.

The Government calculates that the third section will arrive around December 21, that is, at Christmas. During this period, meetings between two bubble groups and up to 10 people will be allowed, and neither the perimeter closures of the municipalities nor that of Catalonia as a whole will be active. During Christmas time there will be, instead, a night curfew.

From the Executive they point out that all future measures are linked to the improvement of epidemiological indicators and that they may change if the evolution does not accompany, although they have ensured that the sections will last, at least, 15 days. Furthermore, although in principle the measures are the same for the whole of Catalonia, they leave the door open for territorialized measures to be applied if some areas have a particularly slow evolution or even a worsening of the figures.

“The health situation is still serious, very much.” But after many efforts we are in a position to make the measures more flexible, “said Vice President Pere Aragonès, who appeared at a press conference together with the Minister of the Presidency, Meritxell Budó.” This is not a plan to restore normalcy as last June, “underlined Aragonès, who has assured that the last de-escalation was done too quickly.” This is a plan to progressively reactivate some social and economic sectors, but normality will not arrive yet, “he assured .

The de-escalation plan, beyond the expansion of hours and capacity of the hospitality industry, includes some other modification with respect to the draft prepared by Health. Among the most noteworthy, the recovery of extracurricular activities will be allowed from Monday – as long as they are with a maximum of six participants -, the maximum capacity of cultural events is reduced from 600 to 500 people and it will be allowed to open gyms and sports spaces closed at 30%.

Otherwise, the measures proposed by the Department of Health carried out by elDiario.es have been maintained.

As for the perimeter confinements of the weekend, from phase 2 it will go from a municipal one to a regional one. In other words, from Friday to Monday, you can leave the town where you live but not the region. From phase 3, if everything goes according to plan, this restriction would be lifted. It would be a month from now, starting on December 21, just before Christmas. Also in phase 3 it would go from a maximum of six people in social gatherings to 10.

From section 4, in educational matters, high school and FP students will be able to return to 100% face-to-face – the same is not foreseen for university students.