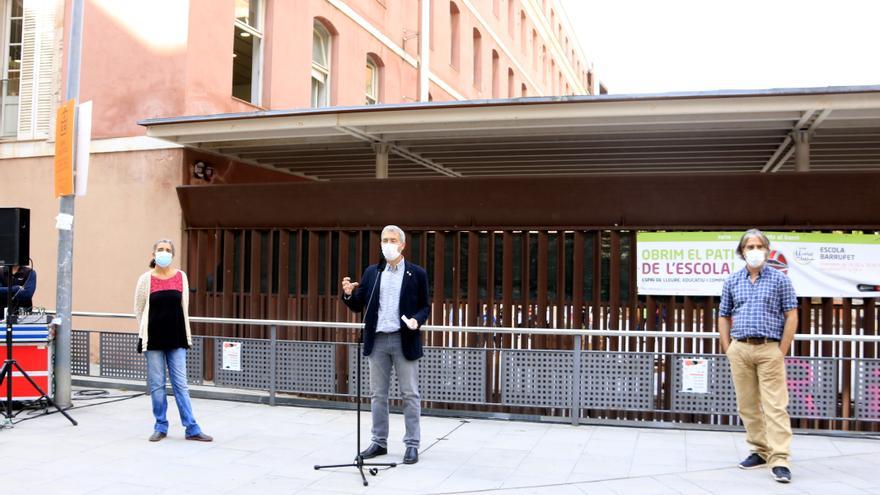 The Department of Health of the Generalitat has started this week the massive screening campaign to detect and isolate positives for coronavirus in schools and institutes throughout Catalonia. The intention of the health authorities is to carry out some 500,000 PCR tests until November 15. “We are beginning the path to detect asymptomatic patients in schools and thus identify and cut the transmission chains”, said Josep González Cambray, president of the Barcelona Education Consortium.

Screenings in schools represent a shift in the Health strategy regarding this type of mass testing in areas with the highest incidence of the virus. In summer, the population of all ages in neighborhoods with high incidence began to be voluntarily screened, with mobile devices installed next to primary care centers. After a short time, the Secretary of Public Health, Josep Maria Argimon, explained that with the beginning of the course, these campaigns would be carried out from the schools for the entire neighborhood. Finally, Health has chosen to give priority to strictly school screenings, that is, the tests will be carried out on students, teachers and administrative personnel.

In this way, on Monday a first massive test was carried out on the entire school population of the Puig-Agut Primary School, in Manlleu, although in that case a screening was also being carried out in the neighborhood with the highest incidence in the municipality. The day at the center ended with 15 positives among the students, which meant confining up to eight bubble groups. Even so, the percentage of infected people that emerged was below 5%, a figure similar to the screenings that are done outside of school.

González Cambray explained this Tuesday that they will select the schools based on the epidemiological situation of each municipality, and that in some cases they will be done in a specific way in a center and, in others, in those of an entire neighborhood or town.

The president of the Consortium has spoken these words in front of the Barrufet school, in Barcelona, ​​the first to host these screenings in the Catalan capital, where up to 20,000 PCRs are planned. In this school, 90% of the families have given their consent to do the test, which consists of a less invasive nasal smear than the usual tests (the swab does not enter more than two centimeters into the nose). Screenings have also begun in two educational centers in the Florida neighborhood of l’Hospitalet de Llobregat (Joaquim Ruyra school and Eduard Fontserè institute) where tests are planned in 12 more educational centers in the area with a total of 5,000 PCR.

One of the novelties that have become known today is that Salud will perform serological tests on students who test positive in PCR in these screenings. The idea of the Generalitat, although it is open to withdrawing it if it does not work, is to detect if it is a past infection, to avoid the student in question having to confine herself.