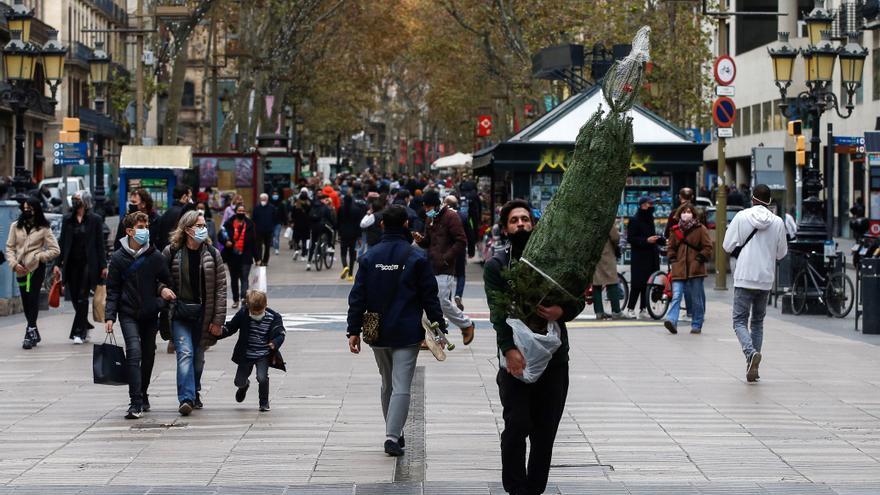 The Christmas truce continues. The Generalitat de Catalunya has ruled out increasing the restrictions for New Year’s Eve and the rest of holidays despite the growth in hospitalizations. The measures in force since last December 21 are thus maintained, which, among other exceptions, extend the confinement for New Year’s Eve until 1 in the morning and until 11 p.m. on the Kings and allow travel throughout Catalonia to see relatives and friends.

The Government has avoided taking new measures despite recognizing the increase in infections and hospitalizations and has left the containment of the virus in the hands of the citizenry. After the meeting of the emergency committee that this Monday has reviewed the measures approved last week, the Minister of Health, Alba Vergés, has considered that the “response” of the population on Christmas Day and in Sant Esteve was “very good” Therefore, it has not been necessary to extend restrictions.

Far from falling, those admitted to Catalan hospitals, amounted to 1,736 this Monday, a total of 113 more than a week ago, of which 337 are seriously ill in ICUs, ten more than last Monday. The speed of spread of the virus stands at 1.16, far from the 0.9 threshold to ease restrictions. The Secretary of Public Health, Josep Maria Argimon, had already warned before Christmas of the worsening of the figures and had been in favor of tougher measures.

It has not been any councilor, but the general director of Civil Protection, Isabel Ferrer, who has expressed the “concern” of the Government for the “delicate level” and the “progressive growth” of infections and healthcare pressure. Much more moderate has been the Minister of the Interior, Miquel Sàmper, who has limited himself to asking the citizens for containment: “Although we can finish New Year’s Eve at 1, nobody forces us to finish at 1, and although we can find ten people, nobody forces us to be 10 “. Sàmper himself had threatened this Sunday in RAC-1 with “retouching” the curfew on New Year’s Eve due to the increase in infections.

The measures to reduce mobility and social gatherings that will remain in force for the rest of the Christmas holidays will be weak, more similar to those of the Community of Madrid than to the harsh restrictions implemented in the Valencian Community. Meetings in Catalonia are held for a maximum of 6 people, with the exception of New Year’s Eve and Three Kings, when up to 10 people from two different bubbles will be allowed.

It is still forbidden to leave the region of residence –except to go to work–, but exits and entries are allowed to see relatives, for meetings on the designated dates of Christmas, and also to go to second residences or establishments within or outside the Catalan territory. Time restrictions are also maintained in bars and restaurants, which can only open from 7:30 a.m. to 9:30 a.m. and from 1:30 p.m. to 3:30 p.m. Except for new, these measures will be in force until January 11.