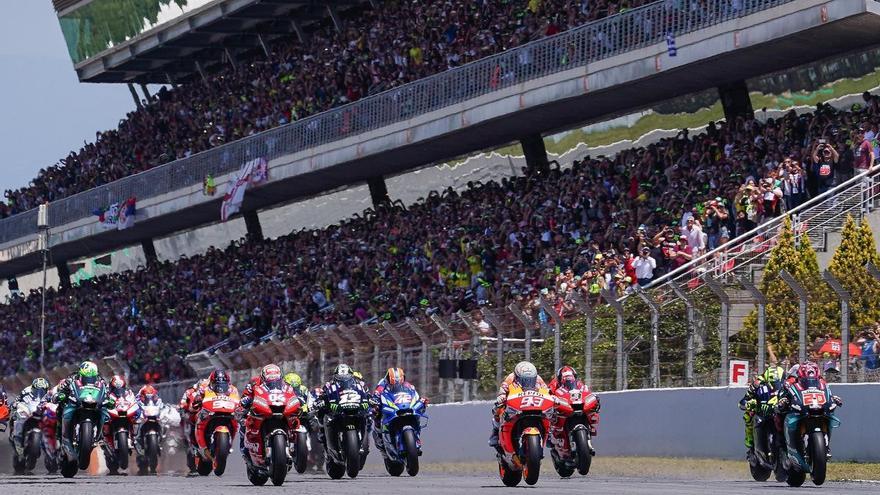 The Circuit of Catalonia just announced that he has renewed the contracts that bind him to F1 World Cup and to motorcycling world championship, with which the fantastic Catalan installation, Montmeló, admired throughout the world for its layout, location and characteristics will continue to host, for the next five years, both the Spanish Grand Prix for single-seaters and the Catalan GP of Moto3, Moto2 and MotoGP. Keep in mind that the economic impact which represents, for example, the F-1 GP in all of Catalonia, in the week of the grand prix, exceeds 160 million euros.

Roger Torrent, Minister of the Department of Business and Labor and president of the Circuit de Barcelona-Catalonia consortium, has signed both agreements in an official statement. “We celebrate these two signatures that, in addition, include a clause of mutual commitment to help us turn our circuit into a model of world reference of sustainability applied to this type of facility. We want the Circuit to become an exponent of the green transformation and adaptation of infrastructures to what the climate emergency”.

Satisfaction in the F-1

For his part, Stefano Domenicali, president and CEO of F1, has acknowledged being “delighted” with the agreement reached by the single-seater World Championship. “I want to thank, and very much, the promoter and the authorities for their enthusiasm and commitment to keeping F1 linked to Barcelona, ​​as well as showing my satisfaction for the improvements that will be made both in the layout and in the facilities, which will allow us to continue with our long relationship ”.

Torrent also pointed out, already referring to the agreement with Dorna and its head, Carmelo Ezpeleta, CEO of the company that organizes the Motorcycle World Championship, that “the renewal with the two-wheel championship, so loved and so often in our country, is great news for Catalonia, for its international projection and to meet the objective of the Circuit being a strategic piece for economic and social development linked to the green mobility industry ”.

“The renewal for five more seasons”, Ezpeleta pointed out, “is, without a doubt, very good news for us, for the MotoGP World Championship. The spectacular Catalan track has been linked to MotoGP since the beginning of Dorna and has become a fixture on our calendar ”. Ezpeleta does not say so, but it is extremely important to remember that Dorna and the CEO of the company that organizes the two-wheeler championship were the first to decide that the home GP should be named after Catalonia.