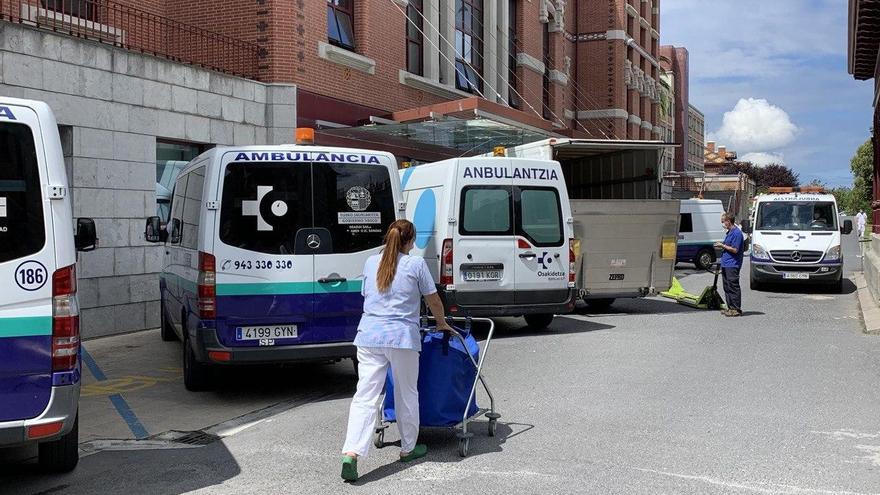 Spain continues as the country with the most infections in Western Europe according to the Johns Hopkins University map, and the data that regional governments have provided this Sunday do not suggest that the trend will change. Catalonia has notified in the last 24 hours 1,091 new positives due to coronavirus and seven deaths, bringing the total number of infections since the beginning of the pandemic in the region to 106,657, according to data provided by the Department of Health.

Regarding the deceased, Catalonia reaches 12,822 deaths. Of these, 7,038 have died in a hospital or social health center, 4,120 in residences, 814 at home and 850 have not been classified due to lack of information. Hospitalizations also increased slightly: the data for this Saturday indicate that there were 564 patients admitted, 20 more than the previous day, and two more people are counted in the intensive care units (ICU), going from 108 to 110.

Another place where an exceptional situation is being experienced is in Villarta de los Montes, in Badajoz, which had to be isolated after registering more than thirty positives for coronavirus among its neighbors. The General Directorate of Public Health has notified this Sunday 14 new positive cases confirmed by PCR, 3 of them associated with the Villarta de los Montes outbreak, which already adds 40 positives and 200 contacts under follow-up.

The mayor of the town, Antonio Chaves, has announced that all the inhabitants of Villarta de los Montes will be subjected to PCR tests to control the real incidence of infection in this municipality. The first infected woman, an elderly woman in her 80s, remains hospitalized and her situation is stable, according to Chaves. As the mayor explained, yesterday afternoon the Civil Guard already mounted the operation to isolate the town, which will only be allowed to leave or enter in case of justified need.

On the other hand, Galicia adds a new death from coronavirus, the second in three days, after two months without deaths because of the pandemic. This is an 83-year-old woman admitted to the A Mariña hospital, in Lugo, who had previous pathologies. The new positives also continue to increase due to the high number of diagnoses in the health area of ​​A Coruña and Cee. In this area, 60 positives have been identified in the last 24 hours of the 84 infected throughout the community.

In this health department there are several active outbreaks of coronavirus. The most important is the one that originated in an Arteixo gym that has 58 infected. In addition, there are seven infected people in Vimianzo, five of them related to a meat company, and another three positive in a DomusVi nursing home located in the Matogrande neighborhood, in A Coruña.

The second wave in Euskadi

Bizkaia continues as the territory most affected in what is already considered the second wave of the pandemic in the Basque Country. Sum 248 of the 342 cases detected by the Basque Health Service (Osakidetza) after performing the highest number of PCR tests in the entire pandemic with the sole exception of May 13. In general numbers, the 342 cases are still many but are far from the 428 peak known this Friday.

Meanwhile, the incidence in Álava and Gipuzkoa seems more contained, with 43 and 50 cases, respectively. There is more than one positive person living outside the Basque Country, but diagnosed in the region. There is not much more data due to the Osakidetza information cut during the weekends, where the evolution in hospitals, deaths or distribution by locality has not been updated.

With regard to Andalusia, the region closes the week with 46 more hospitalized by Covid-19 and now reaches 106 patients. Of these, 17 are in an Intensive Care Unit (ICU), one more than the previous day.

The number of hospitalized in Andalusia increased by one admitted this day after it increased by five on Saturday and by three on Friday, although the trend throughout the week has been similar. In any case, the decrease is still especially significant when compared with the data of March 30, when the peak of the pandemic was registered in Andalusia with 2,708 hospitalized -2,602 more than this Saturday-, of which 438 were in a UCI –421 more–.