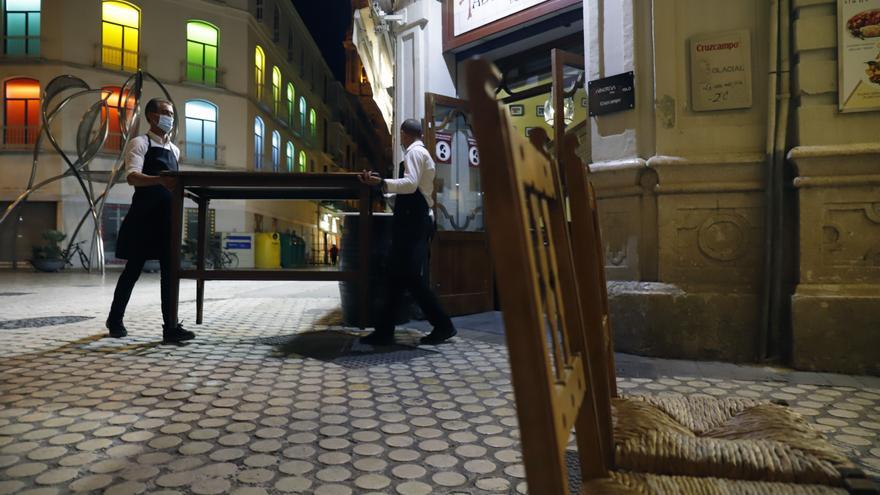 New economic measures to try to cushion the harsh impact of the crisis caused by COVID-19 in various sectors. The Catalan Government has approved this Tuesday a package with different actions aimed at transferring funds to workers who have seen their activity interrupted, the self-employed who have lost income, and companies and entities that are dedicated to social care and culture. The package is valued as a whole at more than 126 million euros and, a part of it, comes from the 300 that the Government has already announced that it would be using for different social needs throughout the crisis.

One of the Government’s agreements has been to allow personal income tax deductions for people with an annual income below 22,000 euros who have had more than one payer. This category includes all workers who, without having suffered a decrease in income that has left them below 14,000 euros per year, have seen their activity reduced or paused and have received some type of compensation from the administrations, such as ERTE or unemployment benefit. The Generalitat will therefore allow these workers to be exempted from paying the minimum income tax in the autonomous section.

This tax modification is a measure that the Catalan Executive considers a direct help to the economies of those families with less income and, at the same time, that have been directly affected by COVID-19 and, therefore, with redistributive incidence. In total, they estimate that it will affect about 250,000 people and that it will have a negative impact for the Catalan coffers of 16.3 million euros in the collection of 2021.

From here, the Government has planned other measures in the form of direct injections in the social and cultural sectors and to help the self-employed. Regarding the first part, the Generalitat will act by increasing the rates currently for social services, an increase that will mean a disbursement of 35 million euros more and of which 20 will be distributed for the residential and elderly sector, 7, 5 million for disabled people and another 7.5 for children. This increase in rates will be conditioned by the Catalan public sector to the fact that companies and non-profit organizations that operate in the sector of services to people improve their working conditions and for users.

The Department of Work has been one of the ministries through which the vice president and economic head of the Government, Pere Aragonès, wants to channel the investment. Thus, it will be this area that will have an additional 20 million euros for a new line of aid available to the self-employed with an annual income of less than 35,000 euros and who have seen their income fall more than 50% in the last nine months . All of them will be eligible for an injection of 2,000 euros in a single payment. This measure gives continuity to aids that were already opened last spring, although now the budget is expanded and will now affect 10,000 more self-employed people, according to the Executive’s calculations.

Without leaving the powers of the Labor department, the Government has also increased the budget for guaranteed income for citizens by 40.5 million euros, a policy that has never really taken off due to bureaucratic obstacles and the high requirements with the that was designed, but that the economic crisis caused by the pandemic has once again placed the focus of the essential policies to channel funds to families with fewer resources.

Finally, two aid packages are opened for workers in the cultural industries. On the one hand, a bag of 3.6 million euros that will be used to pay an aid of 750 euros to professionals and technicians in the world of the performing, musical and audiovisual arts that have been suspended due to COVID-19 and that have had income below 18,555 euros until September. On the other hand, a line of aid for companies and cultural entities that have had to suspend shows and activities that they already had scheduled and contracted. This package will be endowed with 8.4 million euros and aims to rescue up to 40% of the amount lost by companies, professionals and exhibitors.