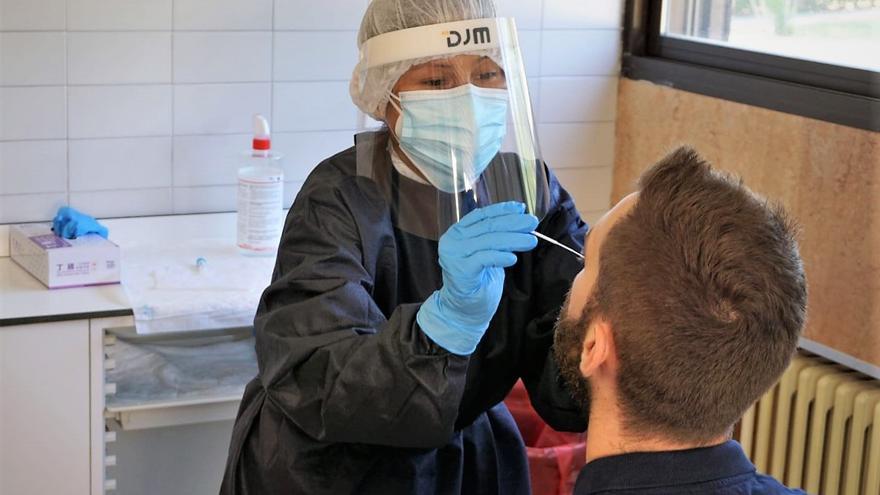 The map of coronavirus outbreaks this Thursday focuses on the worsening of the situation in Catalonia and Aragon, where “community transmission” of the virus is being verified, as recognized by the director of the Center for Coordination of Health Alerts and Emergencies ( CCAES), Fernando Simón. Aragon has extended control measures throughout almost all of its territory, with the exception of Teruel, while Catalonia has reported more than 1,200 infections daily.

In total there are 158 active outbreaks distributed throughout the Spanish territory, in which there are 1,973 positive cases. Fernando Simón has recognized that Aragon and Catalonia are the two regions that focus a large part of these cases.

As of today, the X-ray of regrowths in Spain by Autonomous Community is as follows:

Catalonia continues in a complicated situation and It has registered 1,293 cases and 4 more deaths than in the balance of the previous day. Lleida city, Alcarràs, Aitona, the Escarp Farm, Serós, Soses and Torres de Segre, are confined despite the fact that the plan was even rejected by Justice.

The worst part is taken by the sanitary area of Lleida, which maintains 50 Covid-19 foci between outbreaks and groupings of cases and they warn that the speed of community contagion in this province is very high. In the Segrià region (Lleida), 178 new cases have been registered in the last 24 hours, while in L’Hospitalet de Llobregat (Barcelona) – an area also very affected – 123 have been recorded with respect to the previous balance.

The Government of Aragon has acknowledged that it is living a “complicated” moment in the face of the increase in cases in recent days, which has caused various areas of this territory to be relaxed in Phase 2. Barbastro was the last to go to this stage, in which Zaragoza city, the municipality of Huesca and the districts of Cinca Medio, Bajo Cinca, La Litera, Bajo Aragón-Caspe were already affected areas.

The Aragonese executive has asked the citizens of Zaragoza to limit mobility, which is why “reinforcements” will be produced at entrances and exits. Only the province of Teruel is the only one of the three Aragonese that continues completely in the new normality. In addition, in the Huesca municipality of Albalate, the Army has installed a camp with 80 places for positive temporary workers in Covid-19.

The Xunta only maintains the mobility restriction in the municipality of Burela (Lugo) after the evolution of the outbreak in A Mariña, which has 140 active cases. In the same way, the focus of Betanzos (A Coruña) already registers nine cases positive.

The Basque Government already considers “controlled” the focus of Ordizia (Guipúzcoa), which still has 75 positive cases. However, have been detected 17 cases in Toulouse, a municipality near Ordizia, and the regional executive is studying whether they are related. In the city of Guetaria, there are several people who have tested positive not only in this municipality, but in Zumaia and Zarautz. In the last 24 hours, the Basque Country has reported 59 positive cases.

Andalusia maintains 14 active coronavirus outbreaks –Nine in the investigation phase and five in the control phase– in the provinces of Almería, Granada, Málaga, Córdoba and Jaén with a total of 249 confirmed cases –The same figure as Wednesday– and records 90 new cases per PRC, the highest daily number since at least the beginning of summer, as reported this Thursday by the Ministry of Health and Families.

The outbreak declared in a camp in the Soria town of Salduero It affects 12 people, of which ten are minors, between 7 and 12 years old, and two are adults, both 21 years old. As for the outbreak declared in Valladolid, it remains in 22 positive cases and the epidemiological study has been expanded to 49 people. The Board has approved the mandatory use of a mask throughout the territory.

President Fernando López Miras points to four “contained” outbreaks. They also report that there are currently 88 people affected by coronavirus. The cases related to the outbreak linked to a flight from Bolivia they already amount to 65.

The Board notes that the outbreak in the town of Socuéllamos It is stabilized despite being the most active at the moment. It has 33 positive, and there are 82 contacts being tracked. The outbreaks of the building in Baños de Albacete street and the one in Tarazona de la Mancha are “controlled”. On the other hand, several young people have been confined in Villamayor (Cuenca) after testing positive a friend from Madrid who was in town.

Cantabria has registered on the last day two new cases of isolated coronaviruses, unrelated to any of the outbreaks detected in the region, which currently has 28 active cases, one less than yesterday.

The Community of Madrid has a total of four outbreaks. The last to register, with five positives, originates from a dinner at a private address in Madrid. The previous three, two in the workplace and one at home with three affected homes, have remained “unchanged” and with 18 confirmed cases.

Navarre has registered in the last hours 22 new cases positive for coronavirus. Two of these cases correspond to a new outbreak in the region of Pamplona, which so far adds four cases.

Regarding the previous outbreak in the Pamplona region, the focus totals 13 cases. The outbreak of lunch on July 6 and that of Tudela’s wedding remain, for the moment, in a cumulative of 24 and 37 cases, respectively, as reported by the Government of Navarra.

Canary Islands has registered this Thursday his first outbreak of coronavirus after celebrating a family party in Fuerteventura, with relatives also from the island of Gran Canaria, and the number of those affected is currently at 10 people.

The Generalitat Valenciana has recently detected an outbreak of family origin in Gandía, which totals 10 positive cases. Similarly, a company lunch has been the start of an outbreak in the workplace in the town of Santa Pola, in the province of Alicante. At the moment, there are four workers who have tested positive.

Asturias considers the outbreak of three active cases detected in the Asturian West to be “controlled”. Two cases are close contacts of the 52-year-old woman who returned from the Dominican Republic and tested positive on July 10. The third positive case detected in Jarrio is investigating the contacts. All three cases have mild symptoms and are isolated in their homes.

Extremadura has notified to date eight active shoots in the Badajoz Health Area, which in total add 112 positives.