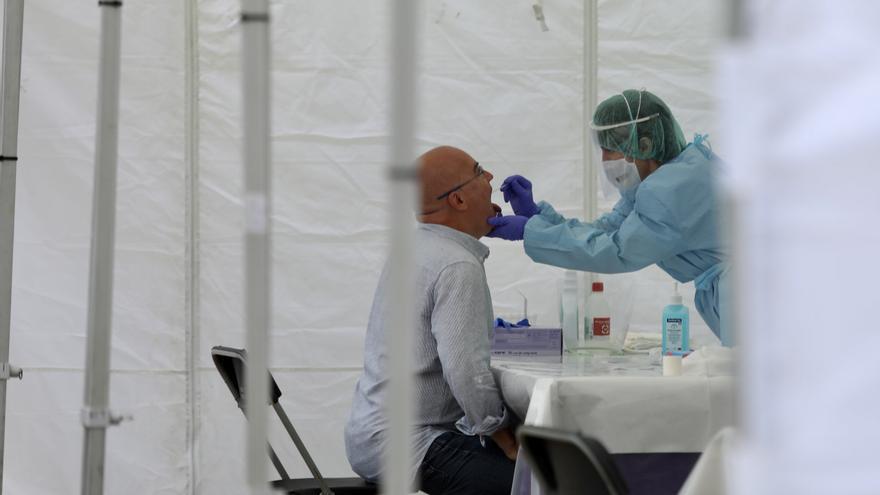 The map of coronavirus outbreaks this Wednesday shows the worsening of the situation in Catalonia. The Generalitat has reported a total of 938 positive cases in the last 24 hours –a figure that the Ministry of Health reduces to 423– and has been forced to confine some areas of Lleida, despite the initial rejection of Justice.

The autonomous cities of Ceuta and Melilla, which were the only two regions that did not register positive cases, have reported new infections in the last 24 hours: one in Ceuta and two in Melilla.

As of today, this is the X-ray of regrowths in Spain by autonomous communities:

Catalonia has aggravated its situation and the Generalitat has been forced to confine Lleida city, Alcarràs, Aitona, the Escarp Farm, Serós, Soses and Torres de Segre, despite the fact that the plan was even rejected by Justice. In 24 hours, Catalonia has reported 938 positive cases of coronavirus.

Several areas of this territory are from Tuesday in Phase 2 relaxed in the face of increases in cases in recent days. Zaragoza city, the municipality of Huesca and the regions of Cinca Medio, Bajo Cinca, La Litera, Bajo Aragón-Caspe are the affected areas. According to the last count, Aragon has reported 83 new positives; five in the province of Huesca, two in Teruel and 76 in Zaragoza –57 in the capital–.

The Xunta has agreed this Wednesday keep only the mobility restriction in the municipality of Burela (Lugo) after the evolution of outbreak in A Mariña, which has 151 active cases. Thus, it has lifted travel restrictions in the other six municipalities that could only move between them. In the same way, the Ministry of Health continues with the studies of contacts after detecting four positives from a family in Betanzos (A Coruña), as well as with others from two people who arrived by public transport in Vigo.

The Basque Government already takes for “controlled” the focus of Ordizia (Guipúzcoa), which still has 75 positive cases. However, have been detected 17 cases in Toulouse, municipality near Ordizia, and the regional executive is studying whether they are related. In the city of Guetaria, there are several people who have tested positive not only in this municipality, but in Zumaia and Zarautz, but it has been identified that the place they frequented was Guetaria, and a positive has been detected in a hospitality establishment.

Andalusia maintains 14 active coronavirus outbreaks – eleven in the investigation phase and two in the control phase – in the provinces of Almería, Granada, Málaga, Córdoba and Jaén with a total of 249 confirmed cases –47 more in 24 hours– after adding two new ones in the west of Almería, with 31 positives, and the Sur district of Jaén, with four, and giving up one in the southern district of Granada with six infections, as reported on Wednesday the Ministry of Health and Families.

The outbreak declared in a camp in the Soria town of Salduero It affects 12 people, of which ten are minors, between 7 and 12 years old, and two are adults, both 21 years old. Regarding the outbreak declared in Valladolid remains this Wednesday in 22 positive cases and the epidemiological study has been expanded to 49 people, according to sources from the Territorial Delegation of the Board.

President Fernando López Miras points to four “contained” outbreaks. They also report that currently 94 people are affected by coronavirus of which none is admitted to the ICU. Cases related to the outbreak of linked to a flight from Bolivia they already amount to 65.

The Board notes that the outbreak in the town of Socuéllamos is stabilized despite being the most active at the moment and having “tracked hundreds of people”. It has 18 positives, and from the direct contacts of those cases, 28 have given negatives and 17 are waiting to know the result of the test. The outbreaks of building in Baños de Albacete street and the one from Tarazona de la Mancha they are “controlled”.

Cantabria recorded on the last day three new cases of coronavirus, one of them among the ten sailors from Burela (Lugo) who have been in quarantine since last Saturday at the Solórzano hostel, with which four are already affected in this group.

The General Directorate of Public Health of the Community of Madrid has notified this Wednesday to the Ministry of Health a new outbreak with five confirmed positive cases which originates from a dinner held between eight people at a private address in Madrid. This is the fourth outbreak that the Community of Madrid notifies the Ministry of Health after the state of alarm is over. The previous three, two in the workplace and one in the home with three affected homes, have remained “unchanged” and with 18 confirmed cases.

Navarre has registered 20 new cases of Covid-19 and the two most relevant outbreaks are located in Pamplona and its region. One of these outbreaks is that of lunch on July 6, which already accumulates 24 cases and another is also linked to social and family relationships and totals 11 cases. In addition, there is a new outbreak in Pamplona, ​​with three positives. The outbreak that was registered in Sunbilla, in which 21 cases are accumulated, has not registered new infections in the last 14 days.

Canary Islands has recorded five more positives in the last 24 hours. Total there are 81 positive cases of which two are in ICU and the rest (79) are under surveillance in their homes.

The Rioja has registered this Wednesday three new infections by coronavirus in the last 24 hours, according to data confirmed by the Ministry of Health. The total number of cases accumulated since the start of the pandemic in La Rioja is 4,107.

In the Valencian Community a total of 30 municipalities have added new positives for coronavirus over the weekend. Of these, Valencia (24) and Foios (12) are the ones that have registered the most cases. The latter doubles the total number of cases it has had since the start of the pandemic due to a family outbreak.

Regarding the Burriana and Santa Pola foci, seven new cases are seen in the first and four more cases in the second. In addition, a new family outbreak has been detected, with three affected, in Fortaleny (Valencia).

Asturias considers the outbreak of three active cases “controlled” detected in the Asturian West. Two cases are close contacts of the 52-year-old woman who returned from the Dominican Republic and tested positive on July 10. The third positive case detected in Jarrio is investigating the contacts. All three cases have mild symptoms and are isolated in their homes.

Extremadura has notified to date eight active shoots in the Badajoz Health Area, which together total 109 positives.