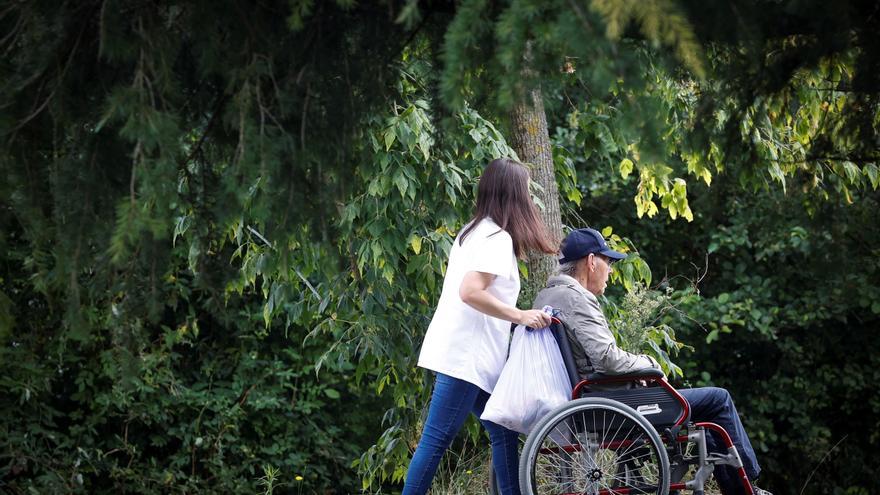 The year of the pandemic has marked a before and after in the evolution of investment in social policies. This is demonstrated by the report Social investment by communities, prepared by the Association of General Directors and Managers of Social Services of Spain. In general terms, the study concludes that the initial budgets for 2021 will not contain “the adequate response to the social crisis that the State has to face” after the COVID-19 pandemic. Nor did those of 2020 respond adequately, considers the Association.

In figures, the increase in the social spending budget (Health, Education and Social Services) between 2019 and 2020 was 5.21% (that is, more than 6,424 million). That of this year 2021, in the absence of the data being consolidated, quantifies the increase compared to last year at 6.78% (slightly more than 8,301 million).

The report mentions the difficulties that Catalonia, Madrid and Murcia will have after extending their budgets and not being able to address the social and health crisis derived from COVID-19 in their accounts. Last year’s edition of this same study already indicated the Madrid and Murcian communities as the worst prepared ones. to the pandemic – speaking of investment.

The document breaks down the investment in Social Policies that has been made from 2009 to 2021 to see how it has evolved. 2009 is taken as a reference because it is the year after the financial crisis caused by mortgages subprime, which was translated into social cuts at all levels to offset public debt.

Starting in 2009, with cuts and falling revenues, budgets progressively fell over several years. Specifically, the report highlights at the beginning that 11 years and a pandemic have had to go by to recover “the previous maximum of spending on social policies that occurred in 2009.”

The data for 2021, the year after the pandemic that is expected to be the year of the beginning of economic and social recovery, show how investment in Social Policies is slightly higher than in the previous period. It also highlights the imbalances between territories, among which stands out, for example, how Catalonia increased more than 13% of its social spending in 2020 – it is the community that did it the most -, while Valencia, Extremadura, Navarra, Murcia, Madrid o The Balearic Islands stayed below 3%.

2020, year of pandemic and departure

The study reflects the differences that have existed between the autonomous communities when facing the health crisis and in terms of investment in social policies during the year of the pandemic. Thus, at one extreme appears Catalonia, which in 2020 increased its social spending by 13.4% (slightly more than 2,230 million euros in total), while in the other Madrid only carried out an increase of 1.34% (183.4 million euros).

In general terms, the report shows how communities such as Catalonia, Castilla-La Mancha, Navarra or La Rioja were far ahead in terms of investment in Social Policies; while Madrid, Murcia, the Balearic Islands and Castilla y León increased their budgets much less.

The confinement and the development of blended classroom plans, social distancing, as well as the reinforcement of the number of teachers also led to an increase in investment in Education. The communities as a whole increased the educational section by 2,435.6 million euros, which represented an increase of more than 6%.

Catalonia, La Rioja, Navarra, Castilla-La Mancha, the Canary Islands, Aragon and the Basque Country are above the average in terms of this investment. Those that increased the least were Cantabria, the Balearic Islands and Castilla y León. Madrid, with an increase of 2.25%, is also at the bottom of this statistic.

Regarding Social Services, the increase in investment in Catalonia with 14.93% or that of the Canary Islands with 10.21% stands out again. While at the end of the table are Navarra, the Basque Country and Castilla y León again, which come to reduce it, and Madrid with an increase in the budget for Social Services of 0.99%.

The report points out at this point that 2020 was the year with the greatest social crisis since the creation of the public system of social services and, even with everything, the budget was only increased by 4.35% globally.

Finally, the study also evaluates the budgets planned for this year, the second pandemic exercise. And although it does so from provisional data in the absence of execution, it does not paint an overly encouraging picture.

How much did the Autonomous Communities increase their budget for social policies during the pandemic?

These tables show the difference (in billions of €) and the variation (in%) of the budgets of 2021 with respect to those of 2020 in social politics (total): health, education and social services, by autonomous communities. Click on the buttons to change the table and see the details of each social policy


For this 2021, Castilla y León has increased by 18.67% of its budget for Social Policies while the Basque Country would be the one that increased it the least, with 4% (see graph), not counting the three communities that start from the beginning weighed down by not having renewed their accounts (Madrid, Catalonia and Murcia).

The logical consequence of this disparity in increases is that relative spending on social policies has fallen in the last decade. In 2009, two out of every three euros spent in Spain were dedicated to Health, Education and Social Services, 66.9% of the entire budget. In 2020 the proportion has fallen to 58.6%.