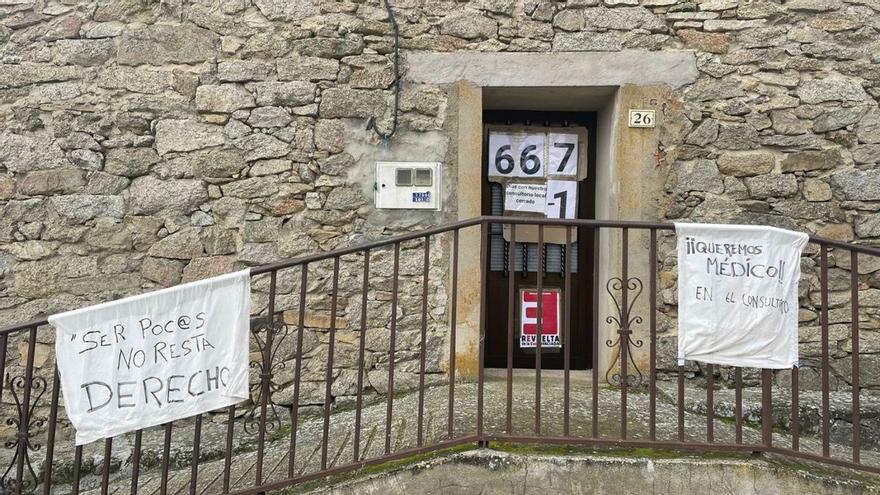 “We are determined to truly continue assisting patients in local clinics, but there is a significant problem of lack of professionals in Primary Care”. This is how yesterday justified Minister of Health, Alejandro Vázquez, postponement of face-to-face consultation at Monumenta de Sayago which was scheduled for this Friday, January 7.

Like this town, there are many other rural clinics that during Christmas are suffering more sharply from the consequences of the lack of doctors. Those who remain in their posts are overwhelmed and unable to take on all the journeys, especially in the more dispersed regions.

To questions from this newspaper, also regarding the vacant places that are not covered, the head of Health in Castilla y León explained that "there are more than 300 places in the community that are not covered because there are no doctors who go." Alejandro Vázquez openly admitted the lack of professionals, aggravated at the moment by COVID and the vacation period of doctors that is not covered with substitutions.

“All this influences, and more so in a situation in which there are no professionals available to be hired. But - he insisted - the endeavor continues to be to maintain the health consultation in the local clinics ”. "The effort that is made is very important but there are professional categories in which it is impossible to cover all the casualties because we can not find it, which forces to reorganize the assistance as a first measure, before eliminating breaks and vacations to the staff", he sentenced.

In this situation, the counter in Monumenta's office is active again. After confirming the neighbors that on January 7 (first Friday of the month) the doctor will not come, the Platform for Public Health in Sayago has decided to replace the counter that controls the days with the clinic closed since the state of alarm was declared, in March 2020.

A total of 667 days, minus one, the only one last December that a doctor and nurse came for a face-to-face consultation in this small town in the Sayago region. The commitment of the Ministry of Health to recover the consultation in this town once a month, on the first Friday, led to the removal of the meter. But, come January, health professionals will not attend due to the drastic limitation of personnel, with only three doctors for the entire region, as a user was informed from the Bermillo Health Center.

It is the reason that Monumenta is once again the symbol of the situation that many peoples live.

Health happens to be the main concern of rural residents. And so it is also transmitted from the Aliste region, where the mayor of San Vitero, Vanesa Mezquita, made public a letter to the Magi with health as the main request for their peoples. “We want, first of all, that you bring us the gold of a Dignified Rural Health And that means many things, but, for now, we are satisfied that we have in each and every one of our towns (no matter how small) the doctor's visit at least once a week without having to fight with a telephone that we are not caught and that when we are caught we find ourselves with the surprise of having to know what number to dial when all we want is for the doctor to see us ”.

They also claim the incense of some rulers "whose aroma is not the smell of those who fight for a handful of votes, but is really the perfume of those who know how to sit down and talk because they are interested in the common good and not their particular interests" . Third, myrrh is requested from the Aliste region. “That salve that resuscitates ourselves from the times we fell asleep and did not protest. We want you to wake us up so that from anger at the treatment we have received, we can move on to the true fight for justice to create a dignified rural health system. If we remain united we will achieve what we propose ”.