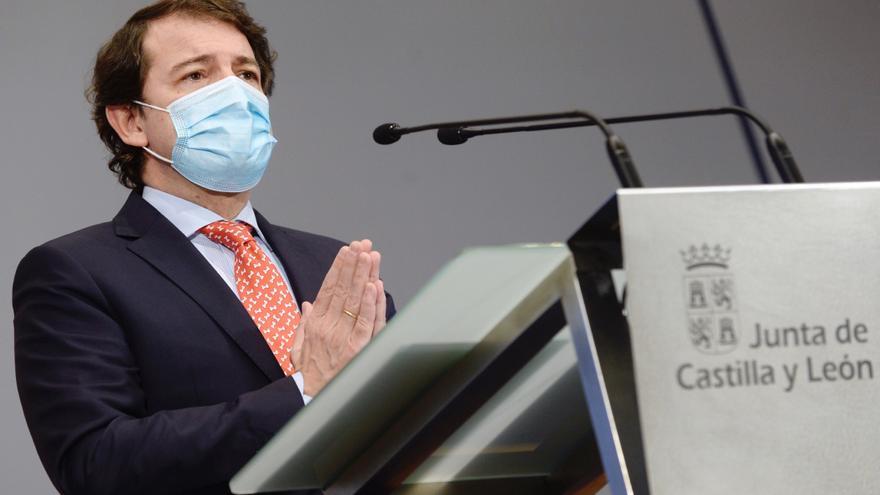 Castilla y León will close its territory to relatives and will only allow people who are going to meet their relatives to enter the Community. The meetings will continue to be limited to a maximum of 10 people and two different coexistence units. This was announced this Friday by the president, Alfonso Fernández Mañueco. In addition to “eliminating those close to you”, trips to Castilla y León, without including the exceptions already contemplated by the state of alarm, will be limited to December 23, 24, 25, 26 and 31 and to December 1 and 2. January and you will not be able to travel on January 5 and 6. The perimeter closure is maintained for the moment until January 10.

As for the curfew, the extension already announced on Christmas Eve and New Year’s Eve is maintained until 1.30 in the morning, while the rest of the days will continue to be the 10 pm limit. “We would have liked the Government to have made a greater effort to reach an agreement, but it has desisted from its responsibility,” said Fernández Mañueco. The president has failed to explain what the planned conversations with the neighboring communities with Castilla y León were of use, but has specified that during the meeting of the Board of Trustees of the Pro-Rae Foundation, chaired by King Felipe VI, he coincided with the presidents of Extremadura, Madrid, Aragón, La Rioja and Galicia, and that this morning he spoke with those of others such as Asturias. Regarding the limitations of 6 people for family dinners imposed by Madrid, Fernández Mañueco has pointed out that its curfew is longer, until midnight while that of Castilla y León is at 10 p.m. “Each Community has sought its balance. I would have liked that in the Interterritorial Council we all had the same solution to the same problem,” he said. But then, to justify that there are not even common measures between neighboring communities, he added that the central government “has to assume the role that corresponds to it” of “coordinating and forcing” the autonomies to “agree”, something that it does not consider “incompatible” with the adoption of “different measures” because “each community knows its circumstances better”.

“A province is not the same as another province, a health area than another health area, or a city than another, but the criteria I would have liked if they were common,” he asserted. He has also criticized that the Government did not act “more diligently” in the face of the second wave, since when the common criteria were approved, many territories such as Castilla y León “were already well above the level of 250 cases per 100,000 inhabitants. “. He has also referred to the declaration of the state of alarm, which “came in a rush with a council of ministers that was held in an extraordinary way on a Sunday.”

The president of the Junta de Castilla y León has indicated that with these new restrictions his Government is taking “a step forward” and assumes responsibility, because its objective is “to protect life and health and celebrate this Christmas and the following ones”. while he has made a call to prudence and to avoid social contact as much as possible because “the virus is not gone.

The measures adopted try to “do the least damage to the economy”, but Fernández Mañueco has pointed to the stagnation of the drop in incidence, which makes it necessary “not to lower our guard” with a “false sense of security.” “We cannot make the same mistake as in summer,” he warned.

Tags: Castile, closes, get in, go out, Lion, Relatives, territory, will allow

The CNMC fines the cartel of the 22 consultants with 6.3 million