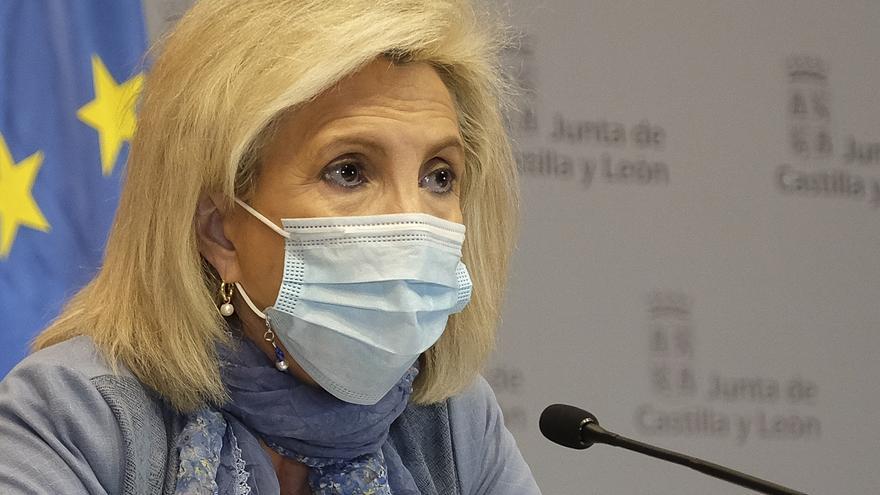 The Minister of Health of Castilla y León, Verónica Casado, has said in an interview on Antena 3 that the Board does not rule out the perimeter confinement of the Community, both to shield itself from other neighboring autonomies and to avoid contaminating other territories that have better data. “It is a measure that can be taken if we see that this continues to advance,” said Casado, who has ruled out that the decision will be adopted this Monday. The new state of alarm leaves it up to the Autonomous Communities to limit mobility between territories.

Casado has defended the establishment of 10 p.m. as the starting time of the curfew in the Community, despite the fact that the Government allows the Communities to start it one hour later from 11 at night. The person in charge of Health considers that 22.00 is a “very prudent” hour that avoids a total closure of “certain activities” but helps to stop infections. Asked directly about whether it is possible to reach the Christmas season without home confinement, Casado has been blunt: “I would like to say yes but I am not at all clear given how the progress of the figures that are advancing a lot is going.”

For this reason, he has once again called on all citizens to be “individually responsible” and contribute with their personal behavior to limit social interrelation “to the essential and the essential”. “It is in our hands to be able to do it”, has been reaffirmed. The Castilian and Leonese counselor has ensured “perfectly understand” the tiredness of the people although she has considered “anecdotal” the protests that have been seen this weekend, such as those in Valladolid, where some thirty people protested against the curfew imposed by the Junta. For Casado, most of the citizens have understood and respected the measures related to the curfew and are doing it “wonderfully well.”

Casado has reflected once again on the difficulty of finding the balance between health and economic activity, although he has reiterated that if there is an increase in mortality that will be “very damaging” for the economy. “If we are not able to stop the contagion and we forget that the coronavirus circulates when we circulate, we are obviously going to have many problems at many levels and not only in health,” predicted the counselor and doctor by profession who also recalled that the Board Castilla y León has been “very heavy” since September in demanding a framework “absolutely necessary” to establish “intermediate measures” to confinement in houses “which has to be the last”.

If hospital pressure is not reduced “everything else will fall”

Asked about the Government’s intention to extend the state of alarm to a period of six months, Casado has appealed to some studies that predict a “very high peak of contagiousness” in November, which will translate into “a lot of pressure” both in hospitals as in primary care, which, as he has admitted, is already under pressure. “If it doesn’t work, everything else will fall”, admitted the counselor.

Thus, he has advocated for a “powerful and reinforced” primary care in a call to all work together to help each other and explained that the Rondilla de Valladolid hospital, which will open its doors soon, will serve as reinforcement and relief in the strategy of the Board of reorient the system since, as he also recalled, “not everything is COVID” and there is an “excess mortality” in other diseases, such as cardiovascular disease or cancer, which cannot be ignored. “It is important to take non-sanitary measures and the four measures are still absolutely key: hands, a meter and a half, a mask and now, especially at this time, ventilation are key,” Casado said in this interview.

an economic drama for the Pyrenean valleys and Sierra Nevada

The connectivity revolution is only beginning

overflows and tension in Casa Rosada