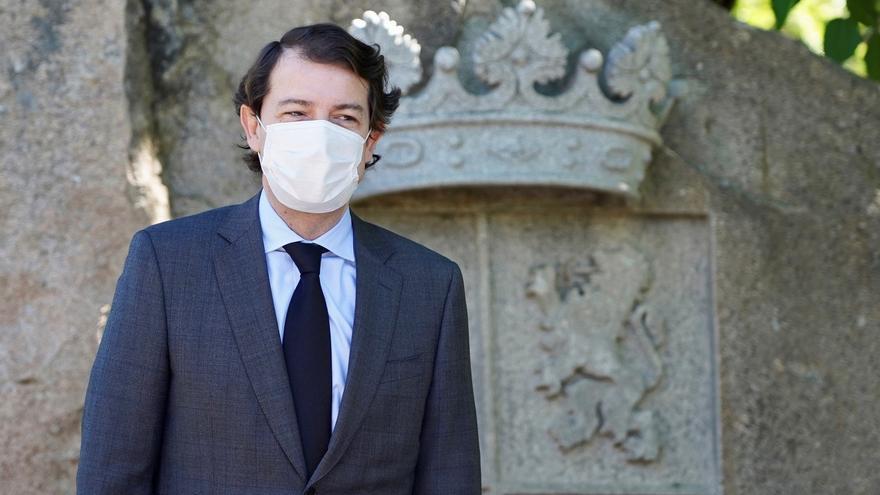 The president of Castilla y León, Alfonso Fernández Mañueco, announced this Tuesday the total closure of the hotel and restaurant industry from 00:00 next Friday, a measure that was already advanced by elDiario.es last week. In a new call for a press conference without questions, called “institutional declaration” by the autonomous government, Fernández Mañueco has also specified other types of “difficult but necessary decisions” analyzing the evolution of the pandemic “in conjunction with politics and science” . In an extraordinary Governing Council, it has also been agreed the closure of shopping centers and parks and establishments of less than 2500 meters “with direct and independent access” although retail trade will remain open with the current capacity measures and those sales businesses of essential goods.

The centers for the practice of physical activity indoors will also be closed and attendance at sporting events that are not held outdoors will be prohibited and visits to centers for the elderly and minors will be suspended except for exceptions that the president has not specified.

The measures that will come into effect from midnight this Friday are subject to judicial ratification.

Although home confinement is on the government’s agenda, it is a measure that it resists applying itself and opts for the national government to face the decision. The announcement made yesterday by the president of Asturias, the socialist Adrián Barbón, who has stood up to the Minister of Health, Salvador Illa, calling for the confinement of his Community leaves Fernández Mañueco in a compromised situation. The cumulative incidence in Asturias is 416 cases per 100,000 inhabitants, while Castilla y León doubles this data with 828 cases per 100,000. Without mentioning the house confinement, Fernández Mañueco has pointed out that it is not possible to “go beyond” what the state of alarm allows, for which he has asked the Government of Spain to “assume responsibility” and that “under parliamentary control “Take the action required by the situation. It has also demanded the “maximum coordination” between administrations and aid to productive sectors with aid to ERTES and an increase in the grace period for ICO credits.

In this sense, it has also reported “a principle of agreement with the Council of Social Dialogue” with 73.5 million aid for employment, especially for the hospitality sector, which will have access to financial measures of “zero interest” and two years of grace since “it has complied with the security measures. It is necessary, it has said” to limit social contacts as much as possible due to the natural behavior of people “and it is necessary to face” tough but necessary measures. ”

Fernández Mañueco has also made a call for individual responsibility to contain the incidence of the virus. Although Castilla y León has carried out confinements throughout the summer, it has not managed to stop the expansion of COVID-19. He recalled that the data on transmission in Europe, Spain and Castilla y León “are alarming since mid-October”, where positives, income and deaths “grow exponentially”. In Castilla y León, the pandemic affects “the entire territory” and “with equal virulence in urban areas”, so the situation is one of “extreme risk”.

“The lives of many people are at stake. We are under pressure never before known in primary care, emergencies and hospital centers. We will continue to adopt new measures,” he warned.