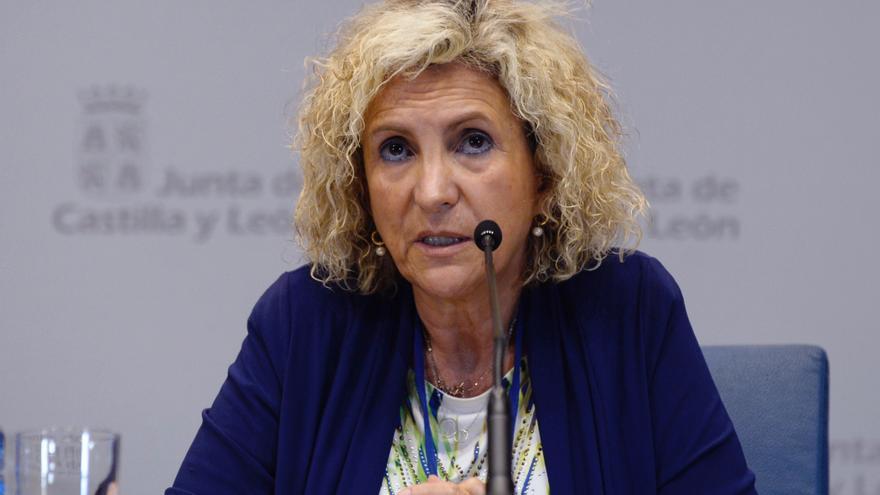 The governments of Castilla y León and Castilla-La Mancha are concerned about how the wide mobility between their territories and Madrid can increase the incidence of the pandemic in their communities. The Castilian-Leon Minister of Health, Verónica Casado, has reported that she expressed this concern to her counterparts from the other two communities and to the Minister of Health in the telematic meeting held by four bands this Wednesday: “We transfer the concern we have with mobility We know that it had a significant impact on the first phase of the pandemic, “Casado said at a press conference.

The counselor stressed that “an important element is the AVE” and has requested measures to guarantee the safety distance and hygiene in these trains, which “are increasingly full, with all seats covered” and in them “probably not all measures are met “. “In Castilla y León we had four provinces with a very high degree of suffering. We don’t want it to happen to us again,” he said. Casado has denied that at the meeting they asked for the perimeter confinement of Madrid.

The Castilian-La Mancha president, Emiliano García-Page, has lowered the tone against the capital. After saying this Wednesday that 80% of the cases in Castilla-La Mancha they came “from the viral radioactive bomb that was planted in Madrid”, has assured this Friday that he has “the best relationship with the Community of Madrid”. “At the health level, the Minister of Health can be considered even a friend of the Regional Minister of Madrid. Therefore, we do not have a coordination problem, we have coordinated in the pandemic, we are coordinating and since yesterday we had an important meeting , more “, has defended Page.

However, he has expressed concern about geographic connectivity, since the virus does not understand borders “and passes from Madrid to Toledo or from Toledo to Madrid with extraordinary ease.” “This has to make us coordinate measures, standardize them, that they are adopted and that there is a common pattern throughout the country,” he asked.

The Minister of Health, Salvador Illa, summoned the councilors of the three neighboring communities to a meeting to prevent the capital’s situation from spreading to the other two. After the meeting, has ruled out limiting the mobility of the capital: “Now the perimeter confinement of Madrid does not proceed”, he has assured in statements to Cadena SER. The minister explained that important conurbations, such as Barcelona or Madrid, are spaces where measures to contain the virus “have to be very well thought out”, but he stressed that, in general, “a good job is being done everywhere “.

At the meeting, the four parties agreed to “hold regular meetings to coordinate actions against the virus “, as reported by the Ministry. The Minister of Castilla y León has stated that” it is not an exceptional or rare meeting, there is already a history of other communities. ”

An earthquake of 4.4 degrees wakes up Navarra at midnight