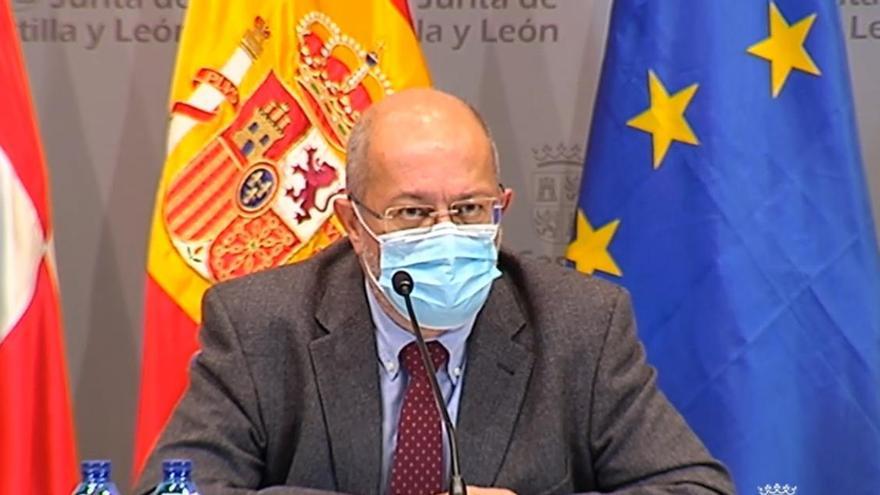 The vice president of the Junta de Castilla y León, Francisco Igea, has reported this morning that the Governing Council that the Junta has sent a letter to the president, Pedro Sánchez, in which they request the establishment of the curfew as one of the measures that are expected to be approved this Thursday in the Interterritorial Council.

Until now, the Junta de Castilla y León had been favorable regarding a curfew, but had not positioned itself so clearly. "The objective of the curfew is to limit, avoid, prohibit, restrict that social contact. It has to be at a time that is effective," added Francisco Igea.

"The situation is frankly worrisome, we are heading for a situation that could cause the health collapse again and not taking measures at this time would be irresponsible," Igea lamented, adding: "It cannot pass today, it is time to make decisions no matter how drastic or harsh they are. "

This was reported by the vice president and regional spokesman on the same day that 1,429 positive cases have been reported. In the last 7 days, 7,997 cases of COVID-19 have been registered and the Community exceeds 500 cases per 100,000 inhabitants in the last 14 days.

"If there is no agreement, the government must exercise its responsibility. This is a crucial moment in the fight against the pandemic," said Igea, who has urged "to stop arguing" among political leaders. "The time has come to stop arguing, to stop passing a ball to each other. You cannot wait one more day," he remarked.

Castilla y León remains the fifth autonomy with the highest accumulated incidence, with 517 cases per 100,000 inhabitants in the last two weeks. "We are in community transmission throughout the Community", warned the Minister of Health, Verónica Casado.

"The first stage was the virus containment phase, until October 11. From that date an excessively important increase in cases began, which indicates that the possibility of the disease spreading greatly, especially in the winter The probability that this will get worse is quite high, "said Casado, who has ensured that the risks that the health facilities collapse are" there.

Igea has stressed the importance of complying with restrictive measures and maintaining cohabitating bubbles. "Our decisions can bring death to others", has censured the regional vice president. "We are not talking about any political game. The wrong decisions of the Government, the Autonomous Community and each and every one of us bring death to others," he censored.