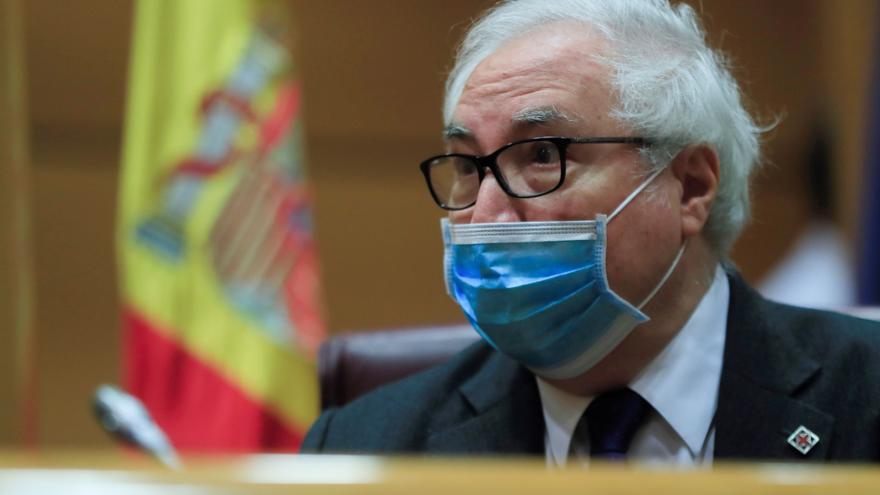 The uncertainty in compulsory education eats all the headlines these days, but university students are not far behind. With just a month to go until the course starts, most students don’t know what their classes will be like, whether on campus or from home. The general idea, as explained this morning by the Minister of the University, Manuel Castells, and the president of the Conference of Rectors of Spanish Universities (CRUE), José Antonio Gómez Villamandos, is presence “as long as it can be done while respecting health rules “.

The “sanitary rules” go through a constant use of masks (that is easy to comply with) in university spaces and maintaining the distance of 1.5 meters. Given that the latter is not feasible for all universities or faculties, the model agreed between autonomous communities and the ministry, which each university will apply as it can in application of its autonomy, is that the professors give the classes from the classroom and the students alternate their presence: in turns, some will follow them from the same class, others remotely from homes, live through videoconferences in a format that, theoretically, should allow them to intervene in real time. Gómez Villamandos has calculated that universities will have to lower the ratios of students in class by between 25% and 30%. Both managers call these practices “different presence.”

The problem that students face is that this general framework does not solve the individual situations of each one. University students do not yet know how this distribution of assistance is going to be done and that prevents them from planning the course. “Students need certainty to organize themselves and make such important decisions as whether to rent a flat or buy a transport ticket”, they explain from the Student Council of the University of Barcelona. 14% of university students go to a center outside their autonomous community.

None of these doubts has resolved the appearance of Castells and Gómez Villamando this Thursday. In fact, the virtual press conference held by both officials has offered little new information regarding the agreements reached last week (or those of June, even) for the beginning of this course, quite generic texts. Asked specifically during the press conference if he could resolve the uncertainty of the students, Castells has admitted the uncertainty due to the pandemic and has referred to the plans that each university has developed and posted on its website.

“Nobody knows what is going to happen or when,” he reflected, “but the universities have published their protocols for a long time, there is concrete information,” he defended. Specific and generic about universities, not particular about degrees or subjects. While the minister explained these questions, the chat on the YouTube channel in which the minister’s appearance was broadcast was filled with comments from students seeking answers that they did not receive.

Castells has also been asked about a plan b in case the situation worsens. “Plan b does not exist, it consists of surviving in the conditions we can,” he admitted with an unusual frankness, to later clarify that “today” there is no state of alarm or forecast of a generalized confinement that leads to a situation like spring. And, in the event that this occurs, “we have an experience [del anterior confinamiento y cierre universitario], universities, professors and students adapted. It was evaluated and there were online exams. If we had to do it again, we would do it again in much better conditions due to the experience we have. ”

The minister has dedicated part of the press conference to defend himself from the attacks he has been receiving in recent days due to his public absence. Castells, visibly upset at the insistence of the questions, has described this absence as an “urban legend” and a “campaign” against him, and recalled that he appeared in the Senate for eight hours (before summer) and has answered several parliamentary questions . He has also defended that he meets regularly with the rectors and students, although it is not advertised.