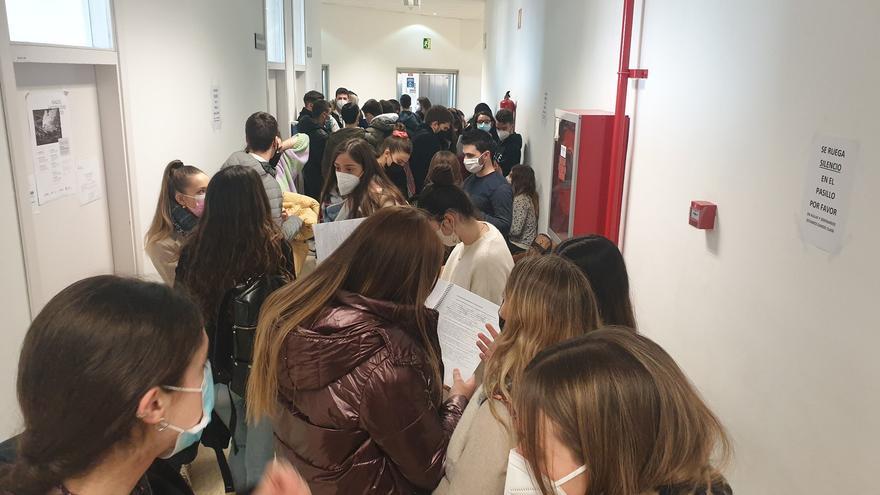 Three-way fight at the University. The confrontation between students and universities for the exams of the first semester –students want to do them remotely, most schools prefer face-to-face– A third actor has joined, the Minister of Universities, Manuel Castells, who published a generic statement on Wednesday recalling that his priority is “health”, without getting wet about how tests should be carried out beyond the criteria established by the health authorities of each community, and sparked an exchange of notes and reproaches between the three parties.

The minister tried to calm the waters this Thursday morning, after the rectors accused him yesterday of “populism” for echoing some student complaints and saying that the priority is health. Castells has explained that he does not intend to rectify because they continue to think the same and that he limited himself to echoing the complaints of the students. “There is a social alarm, many students are expressing and supporting with images that circulate in networks and media the realization of university activities and in particular of exams without respect for distance and some issues that seem to be not health measures. We do not know exactly. It will have to be investigated, “he reiterated over and over again, while doubting that it is all about” a gigantic hoax in which thousands of students have gone crazy. ”

The minister has also admitted that his margin and maneuver is exactly equal to zero. Universities are sovereign to decide how to take their exams, he explained, and he only asks that students “be heard.” “I think there is a misunderstanding, and all I am saying is the same as months ago, and I suppose CRUE agrees. You cannot be indifferent to the clamor of the students in the face of the worsening pandemic. that was said and had been foreseen [hace meses] in the extremely serious situation in which we find ourselves “.

It all started on Wednesday afternoon with a tweet from the Ministry of Universities. In it, Minister Castells explained that “the priority of the ministry (…) is health”, and in relation to the exams he added: “In case they cannot be fulfilled in the face-to-face mode, they must be held online.” The ministry’s tweet followed that line, insisting on its concern “about the possible danger to the health of students and teachers,” and urging “the academic authorities to give priority to the health of the entire community, proceeding to teachings and online exams as long as there are no guarantees according to the judgment of the health authorities “. Universities concluded by asking “deans and faculties”, sovereign when deciding on teaching, “to be sensitive to the concern of students and their families.”

In its note, the ministry also recalled that in September the Government transferred 400 million euros to universities so that they could adapt to online teaching, so “universities are prepared (…) and if they do not, they must explain why”. In addition, the ministry reinforced its position, there should be no problem with taking the exams remotely because they were done that way last June “without there being any sensitive problems of academic quality, according to the relevant Evaluation Agencies.”

The CRUE must have felt alluded to by the ministry’s message, because it sent a note shortly after, almost at ten o’clock at night, defending that “the classrooms are safe”, that “the available and objective data show an incidence significantly below the rest of the population “and deeply regretting that this circumstance is now being questioned via Twitter from other governmental spheres”.

The rectors defend in their statement that “presence is the hallmark of the vast majority of our university system” and that “the online format should be the last resort, applied only when circumstances make it unavoidable”, ignoring that in many Universities decided to provide distance teaching for the entire course from the beginning, regardless of the evolution of the pandemic.

CRUE is concerned about the possibility of academic fraud that it maintains is posed by distance exams. This is how he explains it in his note: “Carrying out telematic examinations entails the implementation of extraordinary measures and with complex legal and technical derivatives in the field of data protection and the identification of those who are examined. But taking advantage of these difficulties and the regulatory gaps that exist, there have been attempts at fraud. With the face-to-face tests, the only thing that is intended is to protect the vast majority of students who face their training with honesty, transparency and responsibility. ”

In the process of defending the integrity of the assessment, the principals managed to offend the students. The two main associations that represent them, CEUNE and CREUP, have replied to the CRUE this morning through another note, in which they charge against the universities: “We have always defended the maximum possible presence, but not at any price. A situation like the current one, at the peak of the third wave, with alarming numbers of COVID infections and in the face of the increase in restrictions and measures, it is unfeasible for universities to continue oblivious to the reality that surrounds them, “they explain. They are once accused of “inability or unwillingness to adapt education to the new digital age.”

The accusations of fraud by the CRUE have not sat well with the student body for putting them all in the same bag. “In the statement issued by the CRUE it is assumed that the quality and the telematic format are incompatible extremes. This false dilemma is being used to argue the risk of plagiarism and copying among students, hiding the real debate on the lack of renewal of the assessment methods, while dividing students into ‘honest or dishonest’ “, which qualify as” unacceptable “.