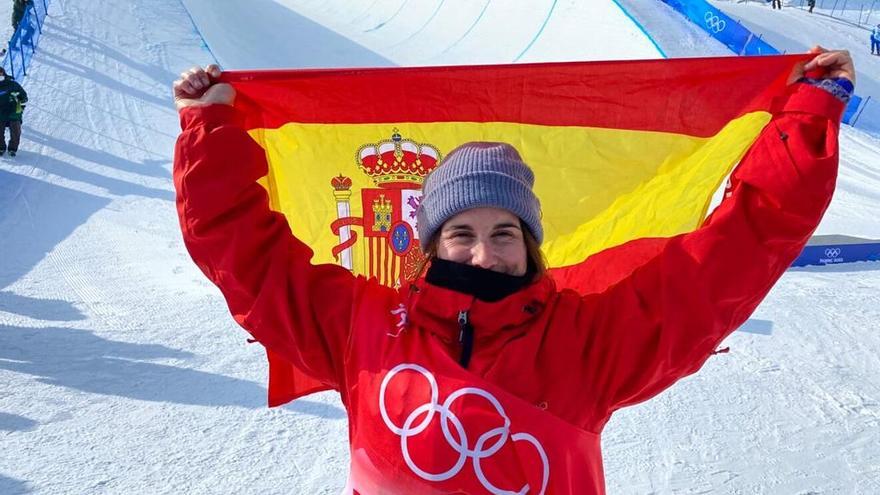 The Barcelona Queralt Castelletwhich has won the first medal for Spain at the Winter Olympics in Beijing 2022 Upon capturing silver in the snowboard halfpipe event held on Thursday, she declared in Zhangjiakou that she is "excited" and "very happy" after finishing second in a race that was won by the great favorite, the American Chloe Kim.

Castellet, born 32 years ago in Sabadell and who participated in her fifth Games, thus achieved the fifth Spanish Olympic medal in the entire history of the Winter Olympics, after Francisco Fernández Ochoa's gold in alpine skiing, in Sapporo 1972 ( Japan); and the bronzes of his sister Blanca -also in that sport, twenty years later, in Albertville (France)- and of Regino Fernández -in snowboard boardercross- and Javier Fernández -in figure skating-, in the last PyeongChang Games ( South Korea), four years ago.

"I am excited, I am very happy; It has been an incredible day; I got the medal. Yuuuhh!!", he exclaimed. Queralt, in statements provided to EFE from Zhanggjiakou by the Royal Spanish Federation of Winter Sports (RFEDI). “It was incredible, I started a bit badly and then all the nerves came to me, but I was able to get the round I wanted, in the second round, a round that I have been working for a long, long time. Many years. I'm very happy", Queralt said in China as soon as he got the silver medal. "After that first round all the nerves came to me, all the pressure came to me, all the thoughts of how important this is for me came to me and, however, I think that a force has also come to me from I don't know where to get this round for which I have been working for so long and it has come out and with this they have given me second place", she comments excitedly with a broken voice. "The second Position behind Chloe, who is an amazing rider and athlete is a huge honor and one I am very proud of.”

“I wanted this very much, I have been working for this for many years. Obviously after so many attempts at the Games, it's easy to think, why not? why doesn't it come? And finally being able to do it today… it's something I'm very, very happy about, I still can't believe it," said the Catalan. "I focused on doing the round I wanted. I knew it was a very powerful, with a lot of variety and, although after the first round I thought they weren't evaluating, then they did appreciate that I'm starting with Switch Backside and that I'm doing a round with a lot of variety and quality", he recounted. "What has come to mind after seeing the medal has been all the people who have been supporting me from the beginning: my family, my friends, all the people who have suffered the difficult moments with me and all the people who have lived through this from the first moment”, he concludes.

May Peus: "Queralt deserved it, sport has done her justice"

May Peus, president of the Royal Spanish Winter Sports Federation (RFEDI) told EFE from Zhangjiakou that "we are very happy for Queralt, who has won a medal that comes at an optimal time for her, after many years fighting for that medal, working for many years", explained, in a telephone conversation with EFE from China, the president of the Spanish federation. "She had two medals in World Cups and this one was missing, which is the first silver medal for Spanish winter sports in a Games. Two medals in a row in a Games for our country is something unprecedented," said the head of the snow Spanish. "Queralt deserved it, the truth is that sport has done justice to her," the president of the RFEDI told EFE from Zhangjiakou on Thursday.