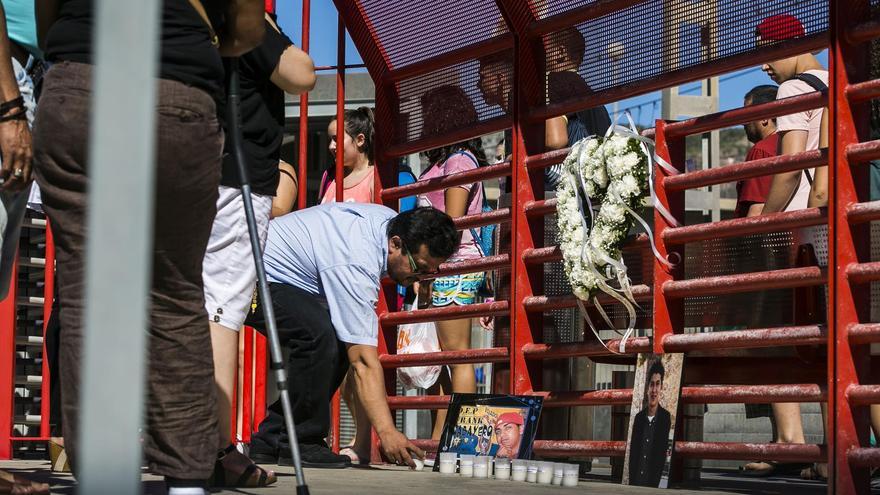 At 11:23 pm on June 23, 2010, a train traveling at 140 kilometers per hour struck a crowd that was crossing the tracks at an unauthorized location. 12 people died, most of them very young and all of Latin American origin, and there were 17 wounded. Sentence after sentence, the judges have considered that the collision was produced by the negligence of the victims, they did not wait to cross the newly opened underpass. On the other hand, the families defend that overcrowding, the recent closure of the overpass, the conditions of the platform and the lack of security On a night when thousands of people were going to celebrate the festival on the beach, they contributed to the tragic event.

Without social support or financial resources, the relatives and their lawyers have managed to take these arguments to the Supreme court. Eidy Ayala, who lost her 19-year-old son Jesús David, assures that from the beginning it was clear that the process would take between 10 and 15 years and that they would end up appealing to Europe: “I always thought that here we were not going to win and that we would have to get to the human rights court. We face the power and that is very difficult, but we have to keep fighting ”.

Other aspects that the family members have had to face are the generalized reactions of blame by the victims, which they associate with their Latino origins, and the lack of resources to pay the lawyers. Regarding this last question, however, Ayala considers that they are very lucky. “During all this time we have had a God who has not forsaken us,” he affirms. Although we could not pay, one lawyer after another, great people, have been showing up volunteers: Andreu [Van Den Eynde], Libry [Ahumada], Núria [López]”.

Cause pending, not lost

A deep sense of injustice Faced with the judgments (some handed down in just 15 days), which repeatedly exonerate Adif and Renfe of any responsibility and which oblige the plaintiffs to pay the costs of the trials, he moved these lawyers, and now Benet Salellas, to take the pro bono case, that is, charging only expenses. Salellas refuses to consider it a lost cause: “That should never be said! she exclaims. There are no lost causes, there are pending causes, Pending to win! ”. Even so, he concedes that it is a “very unfortunate” case and with class connotations.

Before arriving at the court of human rights, the case still has two stops: the Supreme and the Constitutional. But Salellas has already begun to accommodate the arguments so that, if necessary, they can have a tour in Strasbourg. The central theses that have been in the hands of the Supreme Court since September focus on the 2014 sentence of the criminal judge, which considered the possibility that there was a civil liability of Adif, and in the witnesses who claim that several people fell to the tracks not of their own free will but dragged by the crowd.

Salellas does not hide the fact that the objective of the victims being compensated will be “very difficult” because the chambers of the judges who investigate these types of issues “they almost never give compensation”. The Spanish families of the injured did not join the cause because their lawyers convinced them that there was nothing to do.

“Until now it’s as if the judges are saying: ‘Whether they are right or not, these families are not right,’ says Eidy Ayala. But the last thing to lose is hope. I believe in justice and I know that sooner or later justice will be done”.

The European Comission opened in 2019 a sanctioning file against Spain to bring it up to standard with European requirements for investigating rail accidents, which Brussels deemed deficient. However, the file did not refer to any of the most serious accidents, such as the Alvia in Galicia, which caused 80 deaths, or the massive hit-and-run in Castelldefels.