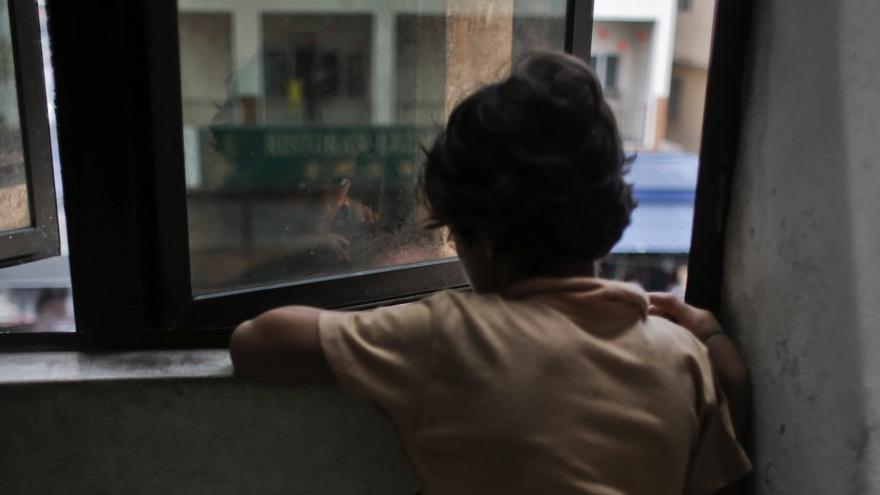 The ANAR Foundation registered a increase in calls for physical abuse on the helpline for minors during confinement that has been maintained throughout 2020, a period marked by the pandemic in which they have been shot psychological problems such as depression or suicidal thoughts in children.

“The problems of children have worsened, we see a prolongation of suffering in minors, but they have also grown the circumstances of maximum severity significantly“, has alerted Benjamín Ballesteros, director of Programs of Fundación ANAR. The organization attended 166,433 requests for help from all over Spain, of which 11,761 were serious cases.

These are data from the ‘ANAR 2020 Annual Report: the ANAR Telephone / Chat in times of covid-19’, presented this Wednesday by the foundation, which alert of the consequences left by the pandemic on the mental health of minors, which “has altered and aggravated” the problems that continue to affect them months later.

In addition, eating disorders increased by 826.3%, coinciding with the first exits from home and after returning to school, the number of self-harm 246.2%, the aggressiveness 124.5% and the duel 24.5%.

But the main reason for the children’s call for help was violence -52% of the cases-, given the increase above all in the physical abuse during home confinement.

“The most serious reason and the one that has grown the most is physical abuse, this year we have gone from 13% of cases to 15.8 of situations of physical violence that children were experiencing; but during the first outing it reaches 19%” , has alerted Ballesteros. In his view, this increase has to do “with the work pressure suffered by parents, fear of Covid, the pressure of being home and when they start the first exits of adolescents causes that frustration that turns into violence against minors “, which continues months later.

“It continues to be a problem today that affects in a very significant, very serious way, the physical abuse of minorsFor this reason, more than ever, the law is essential to eradicate this problem that affects the entire country, “he added.

The report also detects a increased problems associated with technology, which went from 23.2% in 2019 to 29.9%, affecting cases of “grooming”, cyberbullying, gender violence, child pornography / prostitution, eating disorders, self-harm, suicidal ideations and attempts, and other psychological problems.

During confinement and first exits Difficulties related to separation, custody, and visitation arose (confinement: 42.3% increased; first exits: 51.9%) and inquiries related to social assistance and child poverty, which reached the sharpest difference in confinement (plus 307.2%), adding a total of 139 cases attended.

In general, the 2020 X-ray indicates the severity of the cases reflected in the high number of emergency interventions: 2,277 throughout the year, with an average of 6 per day.

“This represents an increase in cases of high urgency (39.1%) and of maximum severity (55.6%)” with respect to the previous year, he specified. “The pandemic has generated a ‘Molotov cocktail’ in households which explains the increase in serious problems in children “, stated Ballesteros.

The director of the ANAR Telephone, Diana Díaz, considers that “the consequences of Covid have generated in minors a great frustration at helplessness and despair that explain why many adolescents have increased their suicidal ideations and attempts during confinement “.

“They have used harmful emotional self-regulation mechanisms in order to achieve the reduction of their anxiety, such as self-harm with going back to school or the compensation mechanisms inherent to eating disorders, which have exploded coinciding with the first outings, “he warned.