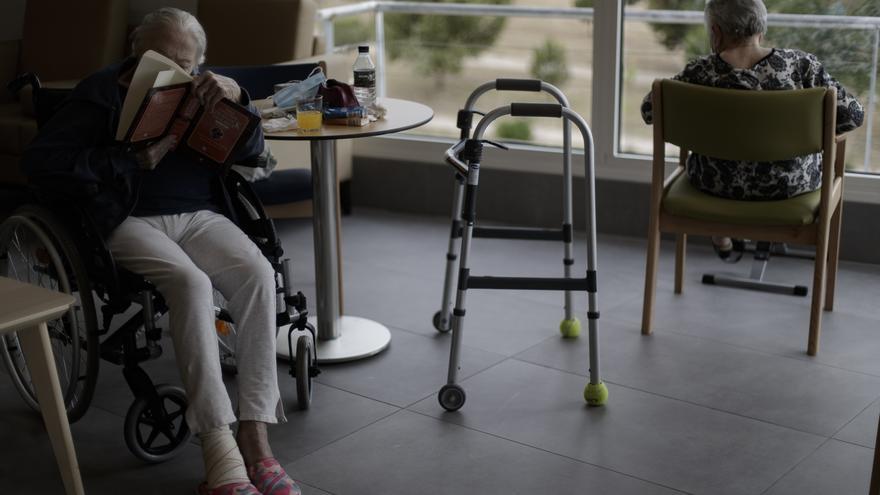 The number of adults - aged 40 and over - living with dementia worldwide will triple between now and 2050. It will go from 57 million in 2019 to 153 million in 2050. The main causes, but not the only ones , will be the growth and aging of the population. The increase in Spain will be 83% (from the almost 827,000 cases that are detected annually now, to 1.5 million in 2050). This is the prediction of the multinational study 'Global Burden of Disease', the first to offer forecast estimates for 204 countries around the world, and published in 'The Lancet'.

Dementia is not a disease in itself. As defined by the World Health Organization (WHO), is a syndrome –generally of a chronic or progressive nature– characterized by the deterioration of cognitive function (that is, the ability to process thought) beyond what could be considered a consequence of normal aging.

It affects memory, thinking, orientation, comprehension, calculation, learning ability, language, and judgment. Consciousness is not affected. Impairment of cognitive function is often accompanied, and sometimes preceded, by impairment of emotional control, social behavior, or motivation. Dementia is caused by various diseases and injuries that affect the brain primarily or secondarily, such as Alzheimer's disease or strokes.

The study also looks at four risk factors for dementia - smoking, obesity, excess blood sugar, and low education - and highlights the impact they will have on future trends. For example, improvements in access to education globally are projected to reduce the prevalence of dementia by 6-2 million cases worldwide by 2050. But this will be offset by projected trends in obesity , hyperglycemia and smoking, which are expected to lead to another 6–8 million cases of dementia.

The authors highlight the urgent need for locally tailored interventions that reduce exposure to risk factors.

"Our study provides improved global and national forecasts for dementia, giving policy makers and public health experts new insights into understanding the factors driving these increases, based on the best available data," says the author. Principal, Emma Nichols, from the Institute for Health Metrics and Evaluation (IHME) at the University of Washington (USA). "These estimates can be used by national governments to ensure that resources and support are available to individuals, caregivers and health systems globally."

Seventh cause of death

Dementia is currently the seventh leading cause of death in the world and one of the leading causes of disability and dependency among older people globally, with global costs in 2019 estimated at more than a trillion dollars. Although it mainly affects older people, it is not an inevitable consequence of aging.

The study predicts that the largest increase in prevalence will occur in eastern sub-Saharan Africa, where the number of people living with dementia is expected to increase by 357%, from almost 660,000 in 2019 to more than 3 million in 2050, driven primarily by population growth, with Djibouti (473%), Ethiopia (443%) and South Sudan (396%) seeing the largest increases.

By contrast, the smallest increase in the number of dementia cases is projected in the high-income Asia-Pacific region, where the number of cases is expected to grow 53%, from 4-8 million in 2019 to 7- 4 million in 2050, with a particularly small increase in Japan (27%). In this region, the risk of dementia for each age group is expected to decline, suggesting that preventive measures, including improvements in education and healthy lifestyles, are having an impact.

Globally, there are more women affected by dementia than men. In 2019, women with dementia outnumbered men with dementia 100 to 69. And this pattern is expected to continue into 2050. "It's not just because women tend to live longer," says co-author Dr. Jaimie Steinmetz. , from the IHME, from the University of Washington, United States. "There is evidence of sex differences in the biological mechanisms underlying dementia."