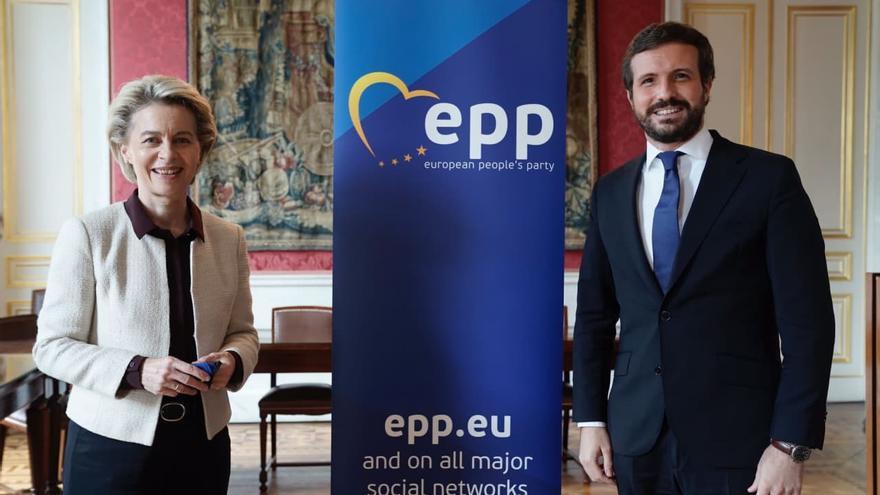 The president of the Popular Party, Pablo Casado, has affirmed that the quality of the rule of law in Spain is being questioned on an international scale. This has been expressed after the meeting of the leaders of the European PP prior to the summit this Thursday and Friday in Brussels, and after the Assembly of Parliamentarians of the Council of Europe has asked Spain to release the prisoners of the procés, the Withdrawal of the Euroorders and the end of other proceedings opened by the 1-O when considering the penalties "disproportionate".

Married, in addition, says it after the granting of pardons to the leaders of the procés, who this Wednesday left jail: "We Spaniards feel humiliated to see that some gentlemen who are pardoned against the Supreme Court and the The Prosecutor's Office comes out of jail saying: “We are going to do it again.” Are we going to see you at the Moncloa Table, at an amnesty table, for self-determination? Sánchez thinks that in Europe they accept that in a democracy they talk about amnesty?".

"I have made one point clear and that is that Spain is an advanced democracy, with an absolutely independent rule of law and a justice that dictates its sentences based on the law and the Constitution," said Casado: "I come to defend the Council General of the Judiciary against the report of the Council of Europe. I come to defend the independence of the Supreme Court and its resolutions ".

"Spain is an advanced democracy," Casado said: "I come to defend the rule of law and the Constitution, regardless of political decisions to self-indulge a government that needs the votes of the pro-independence nationalists. If the independence movement is given a letter, it will be a problem for Italy and for France and for Europe. Therefore, no political decision for the benefit of a government has to do with reunion. Reunion is the European law that enshrines the integrity of the States. That is why we request the resignation of Pedro Sánchez and the call for elections for the Spanish to decide ".

The president of the PP, who has accused Pedro Sánchez of lying for the pardons to the procés leaders, has avoided answering about those granted by José María Aznar in 1996 to 15 members of Terra Lliure convicted of terrorism, something that he did not warn in the campaign either. the then president: "I think we are talking right now about what is happening now. I believe that here the only ones who deceive Spaniards are those who publicly, in front of 17 million viewers who entered the electoral debate at some point and the 10 million who saw it in its entirety, said: 'I will never, ever, pardon these gentlemen.'

Casado has accused the Prime Minister, Pedro Sánchez, of "having two faces in Brussels and in Madrid." Brussels, precisely, has just approved the Spanish plan to receive 140,000 million euros. "Either he is lying in Brussels for the funds or in Madrid to maintain his support," Casado said after meeting the president of the European Commission, Ursula von der Leyen, at the meeting of the popular Europeans.