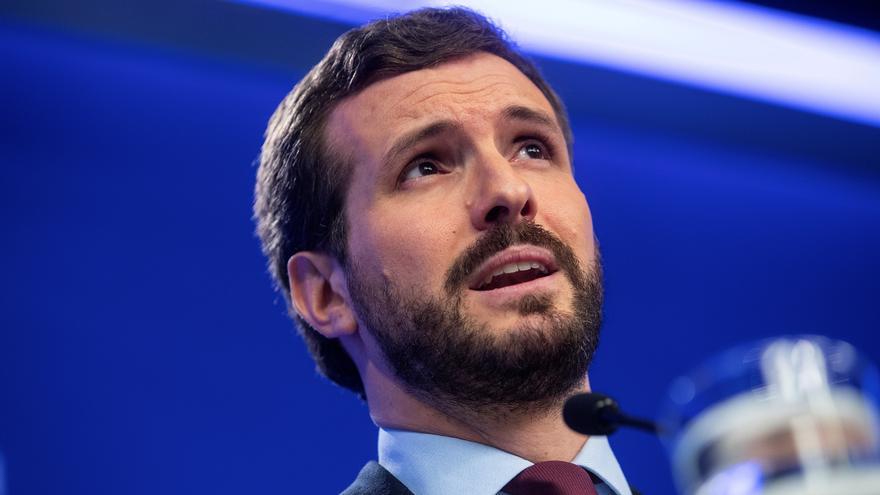 The president of the Popular Party, Pablo Casado, has reappeared this Friday in an act in the middle of his holidays in Almería to once again hold the President of the Government, Pedro Sánchez, responsible for the new infections and deaths that the pandemic is generating that, in his opinion from the leader of the popular, lives a “second wave.”

“This second wave has caught Sánchez on vacation in Lanzarote. This unforeseen event has contagion figures that place us as the country at the bottom of the entire developed world. We are the country that behaves the worst in all of Europe,” he said. reported Married.

During the rally, in which Juan Manuel Moreno Bonilla, president of the Junta de Andalucía, has accompanied him, Casado has asked the Government for “effective measures” considering that “between washing your hands or decreeing a ruinous economic closure there is an intermediate point, that the PP has already made use of it “.

“That the Government assumes its responsibility, that the bull does not catch him as he was caught in March,” insisted Casado, who after months criticizing the centralized management of the pandemic by the Government now says that “pandemics are the sole responsibility of the Ministry of Health”. In spite of the appearance this Friday of the minister Salvador Illa himself, Casado has considered that the department “has to stop being on vacation and take action.”

“Less mosquito nets for Doñana and more guaranteeing the protection material for the Spaniards. Less propaganda and more real measures”, has ironized the leader of the PP, who has also denounced that, before the outbreaks, “the Government is neither there nor expected “, unlike the PP that, according to him,” yes it is and hopes that its proposals are listened to. “There is no room for more lies or so little sense of ridicule,” Casado insisted, referring to the Executive’s management.