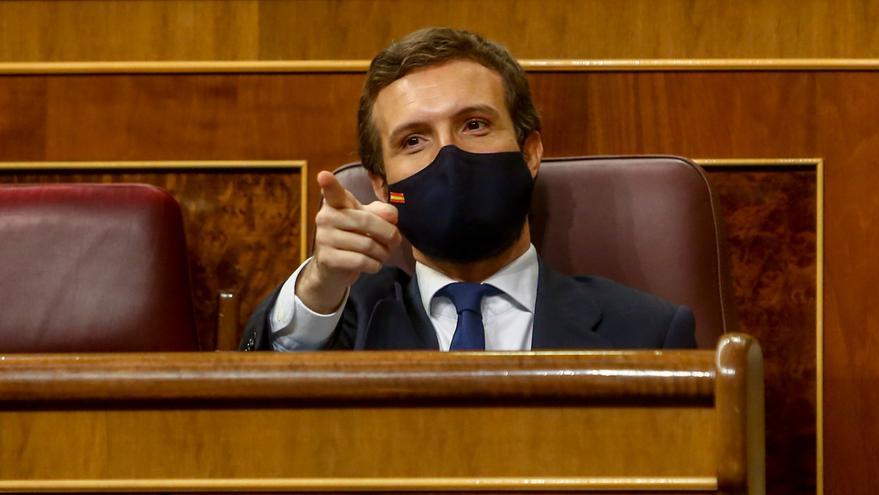 The president of the Popular Party, Pablo Casado, raised the tone against the progressive government this Friday just 24 hours after losing in Congress the voting of the amendment to the totality that the PP presented against the Executive Budgets.

The fact that EH Bildu voted together with PSOE, United Podemos and the partners of the investiture of Pedro Sánchez against that amendment that sought to overturn the government’s accounts, as well as the announcement by the leader of the independence formation, Arnaldo Otegi, that His group will support the Budgets, they make Casado think that there is an agreement with the Basque coalition.

In the opinion of the leader of the PP, this supposed pact shows that “the PSOE is increasingly influenced by Podemos”, and this was expressed during a meeting with hospitality businessmen in Barcelona, ​​of which the PP later reported sending a statement recorded by Casado and, therefore, without allowing questions from the press.

“Podemos is eating the PSOE, it is the one who commands the government. It is something that the fourth euro economy cannot afford. There is not a single minister in Europe as radical as Pablo Iglesias. There is no coalition government in Europe with a partner as extreme as Podemos. The recovery of the economy, the defense of the Constitution and the historical dignity of Spain cannot depend on a party like Podemos, “said Casado.

“Sánchez has crossed a black line”

The president of the popular believes that the PSOE “has to break with the radicals who are trying to whitewash the history of Bildu” with this supposed agreement for some “ruinous” Budgets, which for the PP include a “massive tax increase.”

“Pedro Sánchez has already crossed a black line, which is to agree with Bildu and do so in exchange for bringing prisoners with blood crimes, and what Bildu has done has been to vindicate that management, they have said that they are going to come to Madrid to break the regime, “lamented Casado, who has wondered” why the PSOE is saying that it is good news for democracy that those who have not condemned 850 murders are now its priority partners. ”