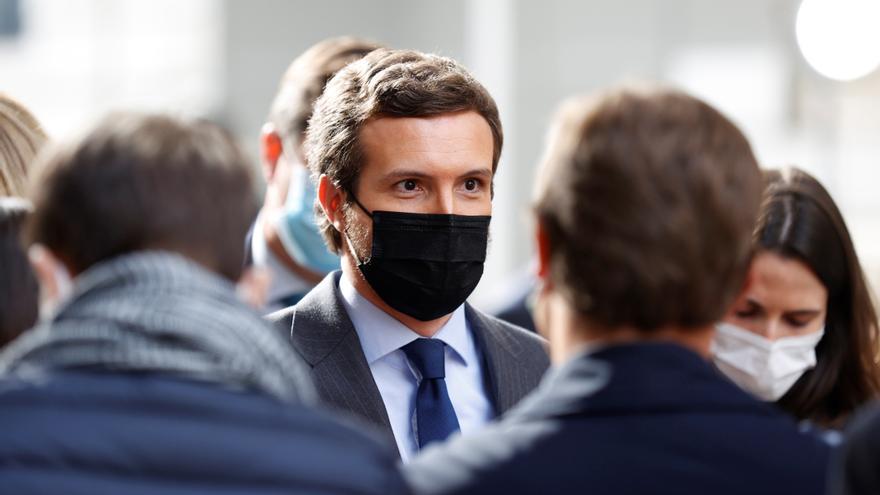 The president of the Popular Party, Pablo Casado, assured this Friday that “the fiscal harmonization” agreed upon by the Government and ERC “is illegal and unconstitutional” and has defended the ability of the autonomous communities to lower taxes, the main economic measure proposed always the PP.

“The PP we like the autonomous state and the fiscal state that Spain has,” Casado assured during the visit to a food bank in Reus (Tarragona), with which the leader of the popular has wanted to give the starting signal to the pre-campaign of the Catalan elections on February 14. “Wherever we govern, we are going to continue lowering taxes,” insisted Casado, who has promised that in the case of the Generalitat, his main initiative will also be a tax cut.

The leader of the PP has also defended the economic policy of the Community of Madrid by Isabel Díaz Ayuso, the administration that Génova 13 always cites as the “laboratory” of its policies and which Casado gives as an example of what he would do throughout Spain in the event of ever reaching Moncloa.

“In Madrid there is no tax haven but there is an alternative model to the tax hell imposed by the independentistas in Catalonia. The problem in Catalonia is not that there are few taxes in Madrid, it is that there are more taxes here,” he said, before recalling that “taxes are paid by all, those who put the senyera” on their balconies, “the estelada or the Spanish.”

Asked about his relationship with Ciudadanos, Casado regretted that the president of the formation that calls himself “liberal” has decided to attend the Catalan elections alone, but has defended the “outstretched hand” initially offered by Inés Arrimadas to the Government to approve the Budgets, for which he has accused Sánchez of despising him for having chosen “his partners.”