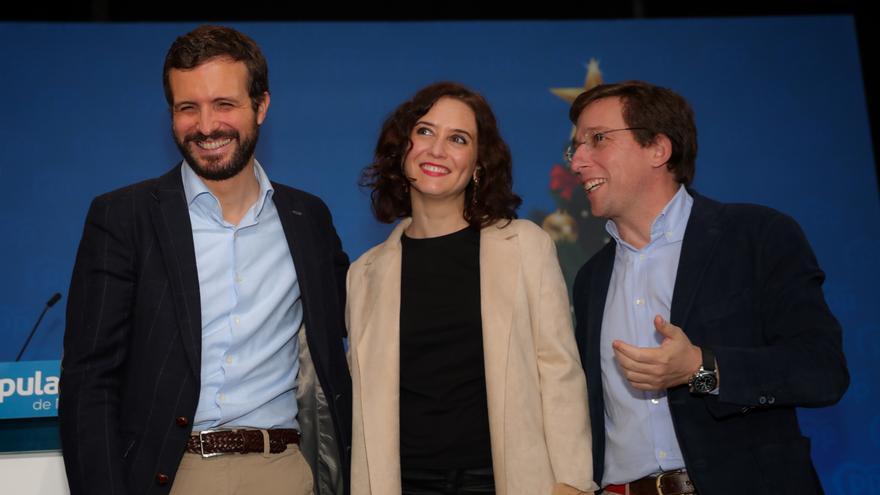 One day after the president of the Xunta de Galicia, Alberto Núñez Feijóo, will expose the contradictions that exist within his party when facing the pandemic, when criticizing that the Community of Madrid of Isabel Díaz Ayuso has decided to keep the hotel industry open in the face of closures in Galicia, the leader of the Popular Party, Pablo Casado, has avoided positioning himself in favor of any of those leaders of his own political background.

What’s more, Casado has assured that Feijóo and Ayuso “are doing exactly the same” to face COVID-19 despite these opposing strategies. With those words, the PP leader responded in a interview on Cadena Ser, when asked by the Galician president’s criticism of his Madrid counterpart, when he said that Madrid had opted “for a decision” for which he would not “feel responsible if he had to apply it in Galicia”, in reference to keeping the hotel business open.

Casado has also tried to avoid the question of whether he would be willing to completely confine the population in the face of the worsening of the third wave. Finally, however, he has assured that “before the total closure, there is an intermediate measure that are the sanitary areas as they are doing in Galicia and Castilla y León”. In his opinion, “the sanitary area is not only to confine, but to limit mobility between districts of a city.” ”

“Beyond what happens in the subway, if you tell a population in an area that it is not good to leave home, they comply. Now close Madrid completely when there are districts with an incidence that is half that of others, is what that we do not understand, “he added, thus showing his support for Ayuso’s strategy, although he said that” all “the autonomous presidents of the PP” are responsible “in their management of the pandemic.

“Sánchez has gotten out of the way”

In his opinion, however, “there must be a common framework” throughout Spain to take measures against the virus. “The Government has gotten out of the way. The only thing they have done is to announce the vaccines with triumph,” he lamented. “What I criticize Pedro Sánchez is that he has gotten out of the way. That is irresponsible. I see Macron and Merkel taking measures. That is co-governance, not a meeting on Sundays,” he insisted.

Casado has also assured that he “does not know” the vaccination protocol published by Health and that he established the priority groups to receive the first doses. “We must comply with the protocols and I do not know the protocol,” he assured, before insisting that politicians who sneak into vaccination “must resign.”

“To unify the center-right vote, you have to vote for the PP”

The key trends for the Spanish tourist ‘reset’