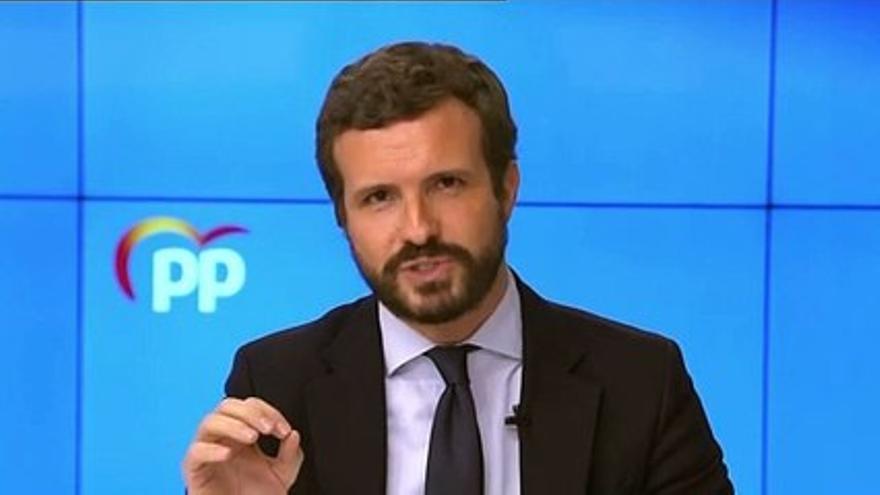 The leader of the PP, Pablo Casado, has accused the Government of Pedro Sánchez of “encouraging prevarication” to the Community of Madrid by “forcing it to issue an order that the Superior Court of Justice of Madrid said was not correct.” Although he later admitted that the 1986 Public Health law, which Citizens invoked in the negotiation to avoid this situation, would have allowed limiting mobility in Madrid as requested by the Government. Everything has happened in his first public appearance after the declaration of the state of alarm.

The accusations leveled at the Government come after the Superior Court of Justice of Castilla y León ratified the closure of the cities of León and Palencia, ordered by the Castilian-Leon government of PP and Ciudadanos. This has forced the leader of the PP to explain why in this region the PP has supported closing entire cities and refuses in Madrid. “It is as if the Government said to confine all of Castilla y León. Avila would say that it has an incidence that is not like that of Palencia. That has happened in Madrid with the districts. It is or is what we are asking, that it be limited only mobility in areas with high incidence “, explained Casado.

In a press conference simultaneous to the one offered by the Government after the extraordinary Council of Ministers, the president of the Popular Party has closed ranks with the president of the Community of Madrid, Isabel Díaz Ayuso, and has confirmed that the capital “will comply with the law always”. Although he recalled that the state of alarm must be voted in the Congress of Deputies within 15 days without clarifying what his vote will be then. In the last hours, multiple PP charges have charged against Sánchez’s “authoritarian decision” when using the instrument of the state of alarm in this case. “It is applying a 155 sanitary,” lamented the national party spokesman and mayor of Madrid, José Luis Martínez-Almeida.

Casado has delved into that criticism. The leader of the PP considers that the Government has not undertaken the legal reforms that it promised to face these eventualities due to spikes in infections after the state of alarm. It was a promise from the Executive that was never fulfilled. “Thursday’s car shows that Sánchez was wrong. With his usual arrogance he goes to legal exceptionality. He has not dared to convene the Interterritorial Council again,” said Casado, who has reached out to Sánchez to reform health laws and take action without resorting to a state of alarm.

Conservatives have been especially bothered by the argument with which Minister Salvador Illa has justified the state of alarm: public health. “We are not going to accept that they go out saying that they go out to protect the health of Madrid as if the Community of Madrid were not doing it,” Casado said.

For the PP leader, however, the state of alarm has been applied as “a random and discretionary measure with political interests,” as a way “to cover up effective measures.” “Today Madrid would not meet the requirements of the minister himself to be closed because it has less than 500 cases per 100,000 inhabitants. Why has it not accepted what the Ministry of Health told it?