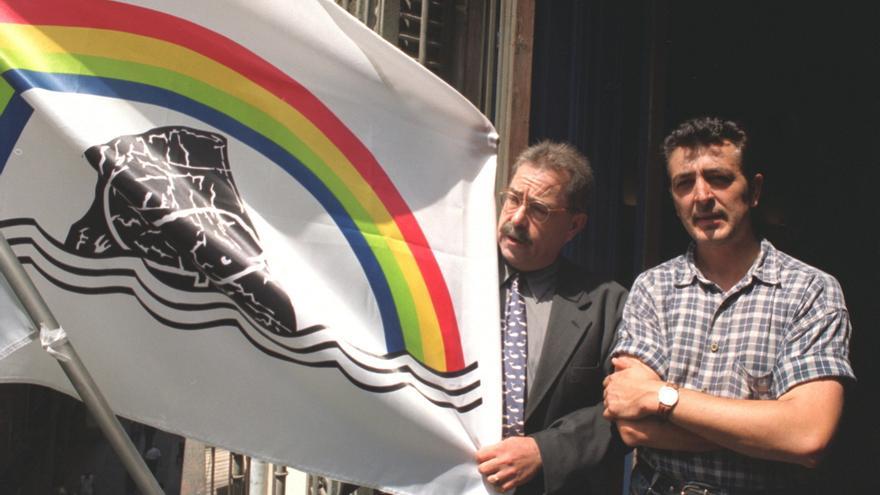 "We have lost a father," says El Jueves in his message on the networks, in which he recalls that Romeu founded the magazine together with Tom and José Luis Martín. The publication also highlights: "He leaves us a master of graphic humor, the father of characters like Betty and Miguelito. "A hug, partner, wherever you are," concludes the magazine.

A career full of merit

Carlos Romeu Müller was born in 1948 in Barcelona. The son of a Catalan businessman in the textile sector and a French mother, he began commercial studies but left them to begin Arts and Crafts, although he did not finish them either, dedicating himself during his youth to numerous trades with which he became familiar with drawing and painting. painting.

Since 1972, the year in which he published his first comic, Romeu collaborated in some sixty different media and participated in the creation of humor magazines, such as 'Mata Ratos', 'Nacional Show' and the second period of 'Thank you very much'. He published for 33 years, specifically since 1976, in El País and its Sunday magazine the cartoons of his character Miguelito, who had previously been rejected in the Diario de Barcelona for considering him nihilistic. Romeu combined these publications with others in Muy Interesante magazine, which was followed by collaborations in Por Favor, Triunfo, Interviú, Play Boy, Harakiri and the French Charly Mensuel.

His work in the written media was also combined with his work on the radio, together with Jordi Estadella, and on television, where he was a scriptwriter for more than six hundred programs, including 'Filiprim' on TV3, or 'Locos por la tele' together with the cartoonists Tom and Perich. The three -Romeu, Tom and Perich- drew up the script for the program 'Especial Trinca', with which TVE participated in the Montreaux Festival.

The cartoonist went on to publish twelve comic books and two novels, including those that were published in 1997 with the titles 'Historias de Miguelito' and 'Vivo sin vivir en me'. In 2015, he was in charge of the translation into Spanish of issue number 1178 of the French seminar Charlie Hebdo, which commemorated the attack against the magazine that occurred a week before and in which twelve people died, five of them cartoonists.

Reactions to your passing

One of the first to react to Romeu's death has been the cartoonist Kap, who has defined Romeu as "sensitive, scathing, sybarite, endearing, surreal, hard-working, refined, committed ...". "Essential author of the publications of the transition, critical awareness of a couple of generations through the voice of Miguelito ... he leaves us to meet his Tom", Kap said.

The group Cartoonists without Borders has also lamented "deeply" the death of Romeu, "uno di noi", and has pointed out that "without references like him, without his commitment, scathing, intelligence and 'savoir faire' the world today is a bit more gray, sad and desolate ".