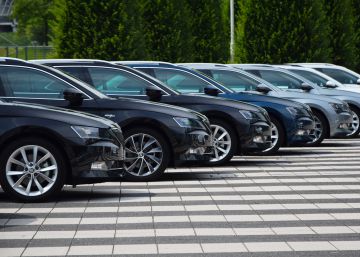 These figures serve to put into context the evolution that the company car market has experienced in recent years, destined for the most part to senior managers and middle managers of organizations, but also to some commercial. The consequences of the economic crisis, on the one hand, and the boom lived around sustainability, on the other, mark the direction of this type of services, which companies usually offer to their most precious and better paid assets, both for corporate image as for an attempt to attract and retain the talent.

“The cars of managers and managers are usually of premium or medium high categories. They represent very little within the total ”, explains Agustín García, president of the Spanish Association of Renting (AER). Nevertheless, they are not strangers to the tendencies and movements that the society lives, and in a matter of few years they have lived a strong transformation.

This is very well appreciated, García continues, when analyzing the changes that revolve around the luxury vehicles, such as high-end sports, traditionally ostentatious and striking. If these models no longer enter and leave the garages of the Ibex 35 companies so often, it is not a matter of taste, but simply and purely company policy. After the crisis and after the strong salary adjustments and internal restructuring that took shape in layoffs and ERE, “the exemplariness It has gained strength in companies. The idea of ​​adjusting the belt in every way, also lowering the level of the cars, has penetrated. And not only for savings, but also for the image that is projected in and out, ”he says.

One of the renting operators that works with large companies is Arval, the division of BNP Paribas specialized in this segment. Manuel Orejas, its director of marketing and business development, agrees: “After the crisis it was established as a rule to lower the range of cars to run away from ostentation. Managers, middle managers and commercials continue to carry premium cars from Mercedes, Audi, BMW, Volvo or Volkswagen, but the guideline is not to look for models that attract too much attention. ”

This, far from being a recommendation or suggestion, it takes to work In the companies. This is explained by Javier León, general director of renting and leasing of Banco Sabadell and president of the Spanish Association of Leasing and Renting. There is a car policy or vehicle policy that sets and delimits all contracts: “Before, luxury cars were more visible. Today, also largely due to the car policy, the models have tended to be more homogenized, and normally those of the highest segment remain in premium brands ”. Despite these limits, Agustín García continues, flexibility has also grown, always within well-defined budgets and borders: “Companies normally have a vehicle criterion depending on the manager’s level. In some cases they impose the model, but with increasing frequency they let them choose within closed parameters. ”

This trend, develops Marcos Grant, responsible for fleets and RAC of Volkswagen, has been very good for the brand. In the years of the crisis, he says, “we endured very well and we suffered the least in this segment, because our cars fit very well for companies that did not want to promote ostentation.” His advantage, he adds, is that a good part of his vehicles move between generalists and premiums, with models “that, we like to think, are desired by the consumer and fit very well in all these policies.”

Another case is that of firms such as Audi, with a nature associated with the premium market. “There are a number of aspects, such as brand image or notoriety, which are probably more present than in other houses, which is usually something that the company or user takes into account when making their choice,” says Borja Peña , manager of Audi Company. The new trends have also fully impacted the signing of the four rings: “A few years ago our product offer consisted of just over 10 models. On the other hand, today we are present in practically all segments, and with different versions. ” This reduction in range and status, Manuel Orejas recalls, is already assumed. What begins to set the course of car policy They are variables such as sustainability.

Environmental awareness advances to become the main factor to take into account, and it also does so with special force among senior management, because it is assumed that they are the ones who have to set the pace and lead by example. Thus, when assigning a vehicle or another to the executive –or giving flexibility of choice within some margins–, they begin to take into account “variables such as the allowable emissions quotas, the average number of kilometers it does, if you drive by city or by interurban road, the types of displacements, the way of driving … All with the intention of adapt the model to your situation and curb the impact of fuels”Says Ears. That is another reason, continues Agustín García, for which the sports car and the 4×4, two categories marked by their high consumption, are practically excluded in these plans.

The fall of more polluting models has been offset by the rise of SUVs, less ostentatious and polluting than off-road vehicles. “They are taking a lot. Normally we talk about premium brands such as BMW, Audi, Volvo or Mercedes. There is some Tesla, although in smaller proportion. And within this category, more and more companies are opting for the plug-in hybrid”, García develops. According to the data offered by the AER, within the renting, alternative energy vehicles represented 7.49% of the total. “In 2019, the share represented 11.98%. There has been a huge increase, because environmental sensitivity grows, both among individuals and companies, ”he says. In this sense, says Marcos Grant, there is a clear transfer of the traditional sedan to the SUV also motivated by the generational difference: “Although it is not something that occurs in all companies, veteran managers may still prefer saloon models, while the younger ones are pulling towards the SUV.” In BBVA Autorenting, they explain, they also detect greater demand for hybrid models, above 100% electric or gas and plug-in hybrids.

This is a trend that Audi also confirms: “Throughout 2019, and even in 2018, there have been more and more companies that have taken into account when choosing their vehicle policy parameters such as CO2 emissions and, of course, consumption, ”says Borja Peña. It is no accident that the German house has in its portfolio, therefore, from hybrid or mild hybridization engines, to 100% electric models. “You can tell a lot that brands are getting batteries and offering alternatives,” says Manuel Orejas. “In the short term, companies are going to import the emission rates of their executives’ vehicles more than the level and range.”