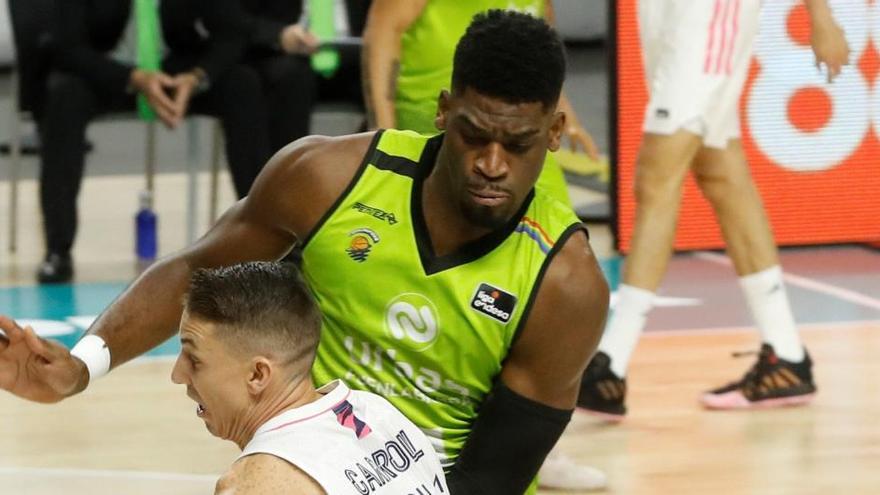 The Real Madrid added his tenth victory in the Endesa League, still undefeated, tThey beat Fuenlabrada 79-68, after suffering in the first two quarters and needing Jaycee Carroll to come to the rescue of his team in the third period.

The courage of the renovated Fuenlabrada, Since the arrival of coach Javier Juárez, and the fatigue of Real Madrid with its ninth game in 20 days since last October 20, they were clear from the first moment in the Madrid duel.

The residents of the south congested the area, but they always left the shot of three open, something that Madrid took advantage of to slightly dominate the score, 10-8 (min.5). The problems, for those of Pablo Laso, came when the triples did not want to enter.

With a not too aggressive defense and with a brave Fuenlabrada in one on one, the score was defined for the visitors, who finished the first act up, 18-24.

Little or nothing changed the game in the second quarter. Madrid was obtuse in the outside launch and he did not improve too much backwards either, with which Fuenlabrada was strengthening his conviction and his performance.

Madrid, increasingly uncomfortable on the track, could not find any formula to grow in their game and tie up their rivals, while the scoreboard remained a faithful reflection of what was happening, 33-40 at halftime.

Marc García and Christian Eyenga were the most prominent in those of Fuenlabrada, while in Madrid Alberto Abalde and Walter Tavares were the best scorers, although the team was wrong in the launch with 4 of 17 in the triple and with Facundo Campazzo missing all four of his shots from long distance.

Two consecutive triples by Jaycee Carroll, In the first two minutes of the continuation, they immediately put Madrid on the scoreboard, 39-40. And it was Campazzo, in his sixth attempt, who managed to put the tie at 42 (m.23.30).

Carroll, accurate as always, scored a third triple to put his team ahead on the scoreboard, 45-42, after a long time behind and after a 12-2 run.

The North American guard with an Azerbaijan passport was especially hot and by now he had already 18 points with 13 minutes on the track.

With the offensive success recovered and a more effective defense, Madrid began to dominate, 52-45 (m.26.30) while Fuenlabrada’s legs began to shake before the exhibition of Carroll, who could not stop.

The best of Fuenla in this room, which finished 61-51 for Madrid, is that he did not lower his arms and remained hooked on the game, despite the 28-11 run in these third ten minutes.

Once Madrid found the good wave, he surfed without too many problems (71-56, m.35) until the end of the game, to score his tenth victory in the League, in as many days, after suffering more than expected.

And it is that despite the 79-68 final, Carroll had to come to the rescue of Real Madrid.

Incidents: match corresponding to the tenth round of the Endesa League played at the Palacio de sports (Wizink Center) in Madrid behind closed doors.

The next football rebellion: the players against the calendar