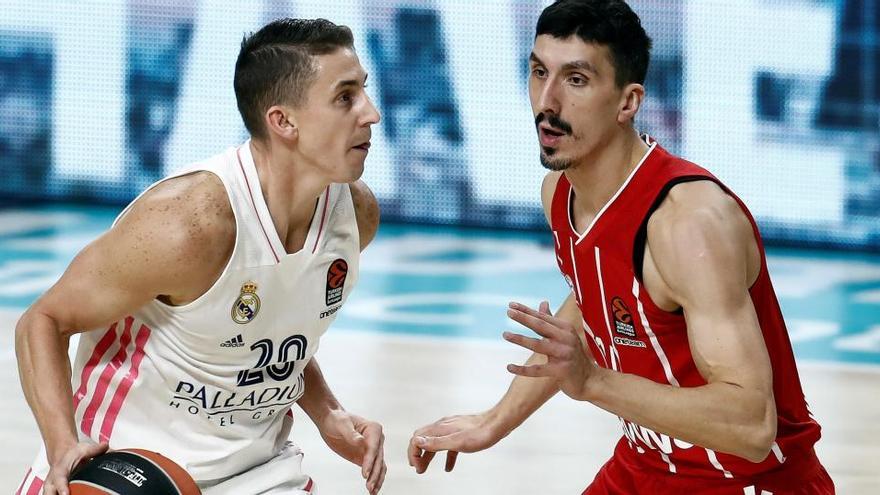 He Real Madrid got the second win of the season in the Euroleague by beating Bayern 100-82, in a contested match, more than the score indicates, and in which the scoring of Jaycee Carroll it was fundamental.

At this time Andrea Trincheri Bayern’s Italian coach must have said some inconvenience to the referees because it was expelled of the match with direct disqualifying technique. Madrid continued their business and closed the first quarter with a clear 27-17, with Carroll scoring 10 points and Randolph 7.

In the second act, Madrid lost their scoring freshness and the defensive work of the German team, which finished the first 20 minutes more than doubling Madrid in rebounds (8-19), made the score tighter, and even overtaken in the luminous, 35-36 (m.15.35), by the nice work from Wade Baldwin and Paul Zipser.

The Germans, without having any flashy figure and making things easy, now under the command of Adriano Vertemati, Trincheri’s second, balanced the game, which reached the break with 49-45, thanks to a theft of Facundo Campazzo when the game was dying, which was an unsportsmanlike foul and which also led to a tangerine by Sergio Llull, all this in the last 6 seconds.

In the continuation, Madrid changed their priority with the outside shot and accepted the melee fight under the hoops, working more on the attacks, 60-55 (m.26). Baldwin remained the main Bavarian threat, while rebounds remained red.

Carroll was once again the main local stiletto and Madrid returned to get an interesting income, 65-57 (m.27.30) with Trey Thompkins adding, which he maintained until the end of the third quarter, 70-61.

Alberto Abalde scored in the first minute of the last quarter, 74-61, and Madrid began to give good feelings for the victory. More after a triple by Usman Garuba, 81-65 (m.33.30).

The triples of Rudy fernandez they also added and Madrid ended up winning by 100-82. The second victory.

Incidents: Match corresponding to the sixth day of the Euroleague played at the Palacio de sports (WiZink Center) in Madrid, without spectators due to the coronavirus pandemic.