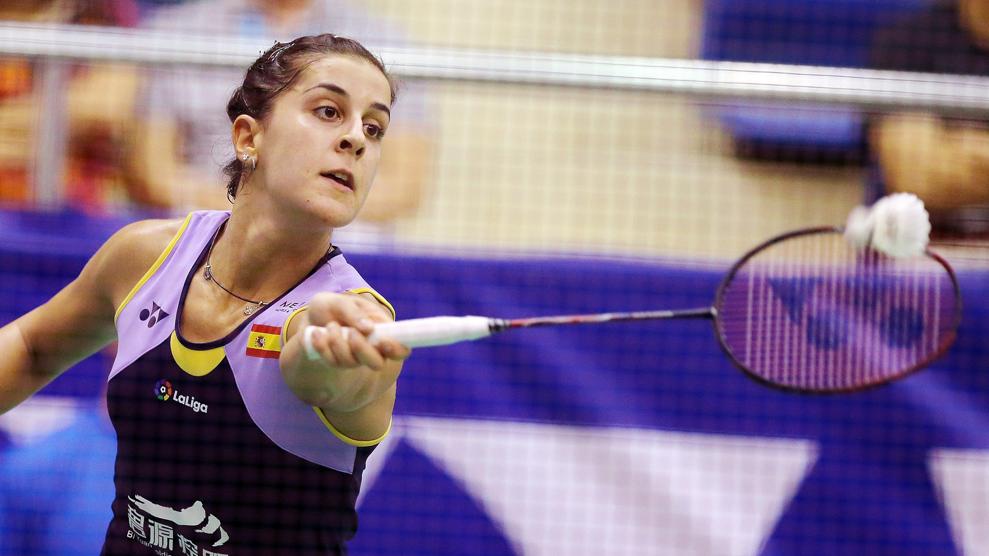 The Spanish Carolina Marin He returned to the slopes on Wednesday seven months after his serious knee injury and he did it with a defeat, in the first round of the Vietnam Open of badminton, which is played in Ho Chi Minh, against the Thai Supanida Katethong, 2-0 in 50 minutes.

The Huelva flyer started the game with a five-point advantage at the beginning of the first set (10-5), but never took off from the Thai player, who regained ground at the end thanks to a more aggressive game and the errors of the Spanish until prevail 24-22. Marin's lack of rhythm after his long inactivity was also noticed in the second and final set, which was also almost always ahead. He was more aggressive, until in the final stretch he accumulated unforced errors that gave wings to Katethong to achieve the victory by 22-20 and pass to the second round.


After his serious knee injury, Marin traveled to Vietnam to prepare the Chinese Masters 1000 next week

The Huelva had traveled to Vietnam with the mind set to win the tournament, although his performance was unknown after such a long break and he acknowledged the day before that the objective was "to find sensations on the track". Marin had decided to return to the competition in Vietnam as preparation for the China 1000 Masters, which starts next week with the presence of top level flyers.

Then, it will connect with the South Korean Master 500, and the 750 Masters of France and Denmark in November with the aim of adding points and getting qualification for the 2020 Tokyo Olympics, where he hopes to revalidate the gold achieved in Rio 2016.